An astonishing archive of 100,000 photographs, including never before seen images of the Gallipoli landing and Ned Kelley’s armour, have been put up for auction after they were uncovered in a spare bedroom.

The extensive collection, which dates back to 1880, was discovered by brothers Stephen and Jeffrey Cutts at their family home in Victoria and given to Lloyd’s Auctions in Sydney to allow all Australians the chance to see them.

Lee Hames, Chief Operations Officer for Lloyds Auctions, said the treasure trove is ‘one of the most important collections in Australia, if not the world’.

Noteworthy photographs include an unseen picture of the Gallipoli landing on April 15, 1915, an image of Ned and Dan Kelly’s Armour that was taken at their trial in 1880, and Phar Lap Winning the Melbourne Cup in 1930.

‘As far as we can tell, we can’t see one fallen soldier on the beach, so it may be one of the first images in existence of the landing at Gallipoli,’ Mr Hames said. 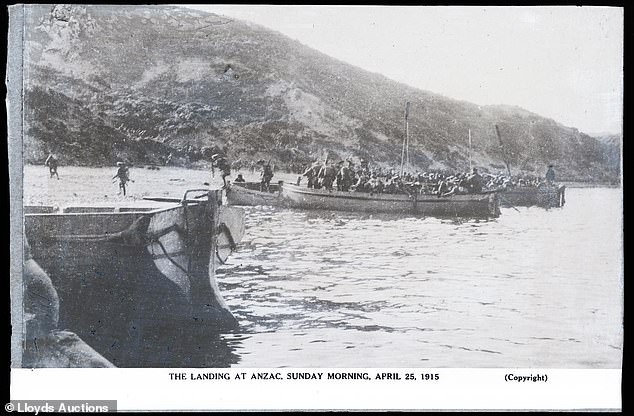 Pictured: The landing of ANZAC troops at Gallipoli on April 15, 1915. Lee Hames said there are no casualties on the beach, which means it could be the first image ever taken at the scene 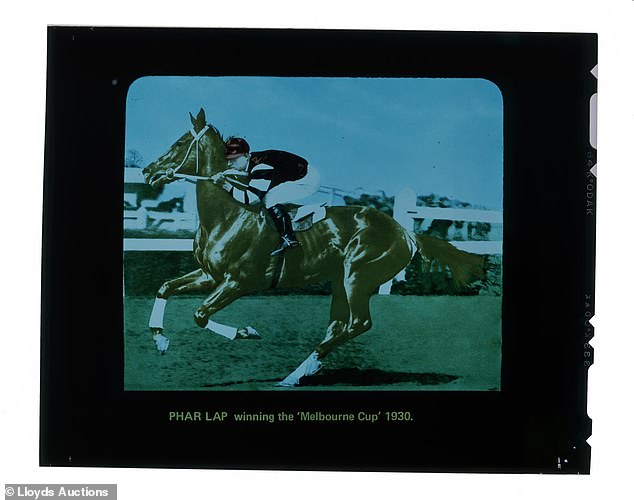 Pictured: Famed race horse Phar Lap winning the Melbourne Cup in 1930 in the incredible photograph uncovered in a spare room 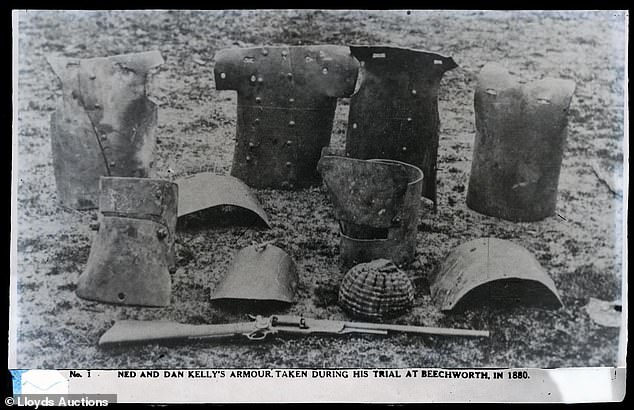 Pictured: A photo of Ned Kelley and his brother Dan’s armour, as taken during their trial in 1880

Baby photos of Queen Elizabeth II with her parents the Duke and Duchess of York were also in the collection, along with early pictures of Hobart and Launceston, and images of international expeditions to the Egyptian Pyramids and the Sphinx.

Mr Hames said the photos, which are in their original glass negatives, not only capture world history, they may alter the way historians believe world events played out.

‘We believe this to be a world first, to offer these tangible original glass plates which rival any modern photographic resolution,’ he said. 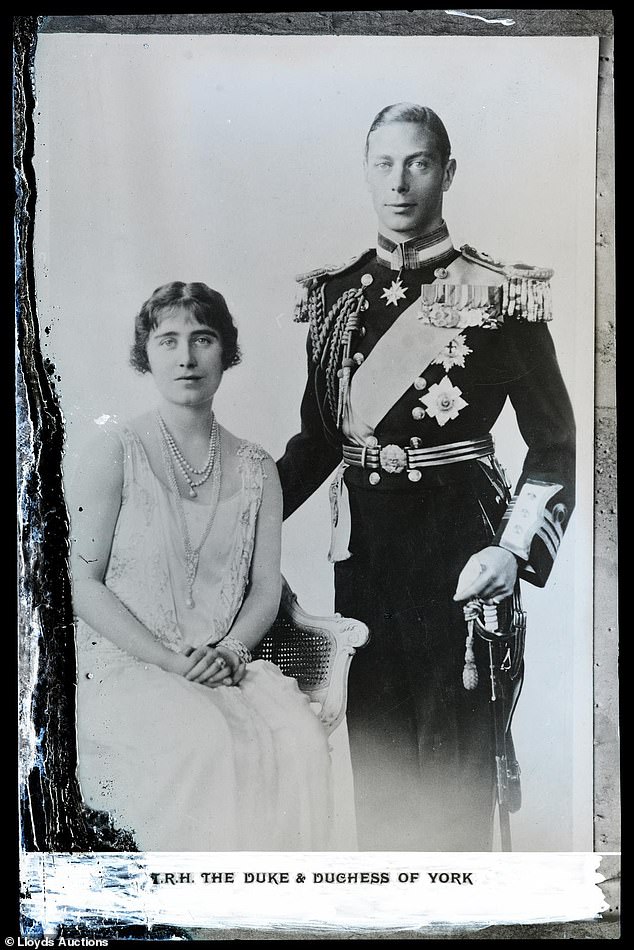 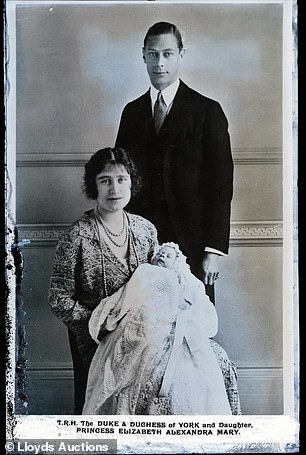 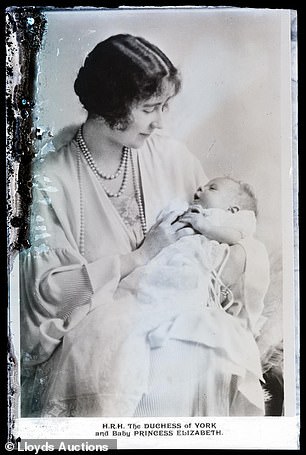 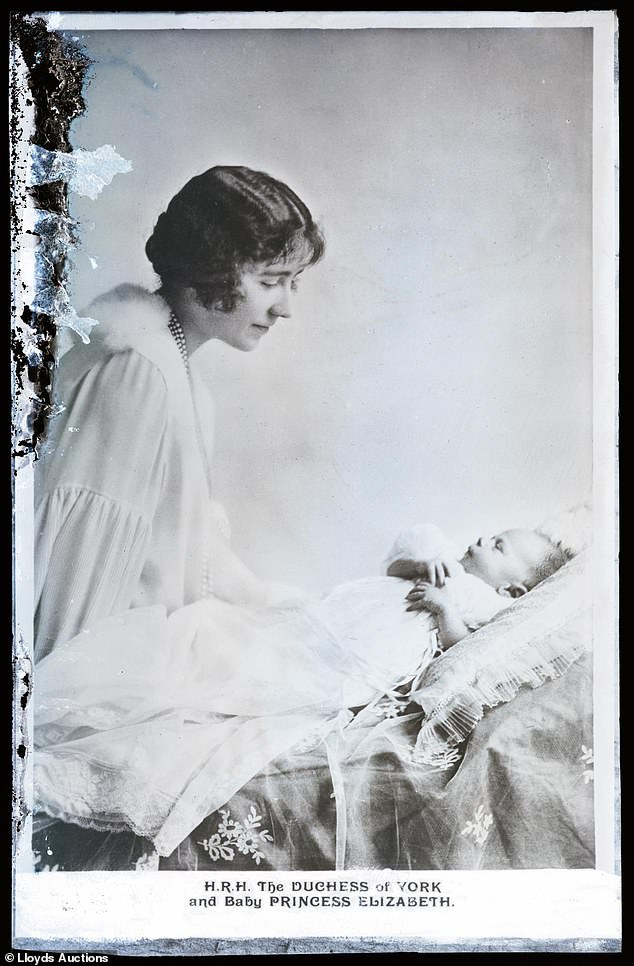 Pictured: Queen Elizabeth II when she was a baby, with her mother Lady Elizabeth Bowes-Lyon

The Cutts brothers are the descendants of Herbert Cutts, who founded the Rose Stereograph Company with George Rose in 1880.

The company was initially built on stereographs, which are cards that appear to be three-dimensional when viewed through a special lens, with the technique often referred to as an early version of virtual reality.

Specialising in postcards of iconic historical moments and significant landmarks, The Rose Stereograph Company became a staple of the Australian travel industry and remains in operation today. 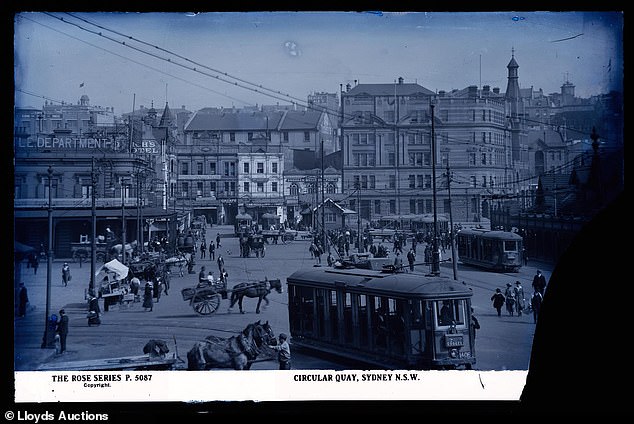 Early images of Australia were also uncovered. Pictured: Circular Quay in Sydney in the late 1800s 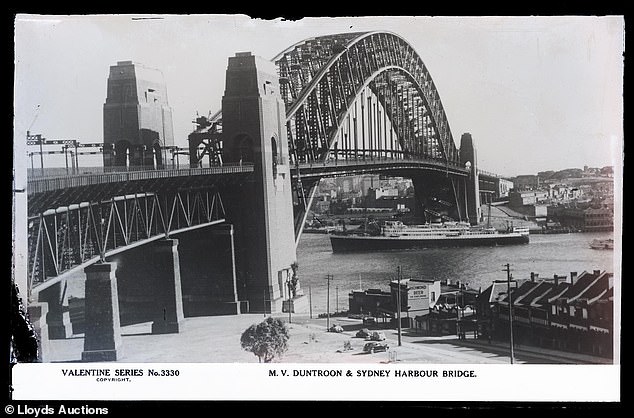 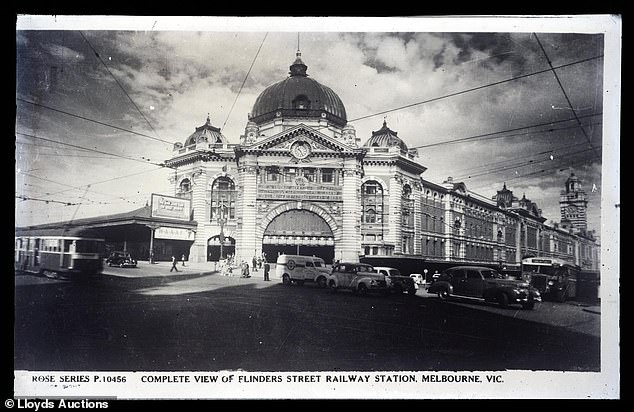 Pictured: Flinders Street train station in Melbourne CBD as seen upon its completition

Upon offloading the priceless images to the auction house, the brothers said: ‘It is with great sadness that we say goodbye to a collection that spans five generations and 140 years.’

‘We understand that for these historically important pieces to rest with one family is to deny others the pleasure of their custodianship.

‘It is for this reason that we have entrusted you as the new custodian of our treasured item.’

Mr Hames said it would be impossible to try and put a price on some of the images, but the auction house expects to pique the interest of the royal family or historians from abroad. 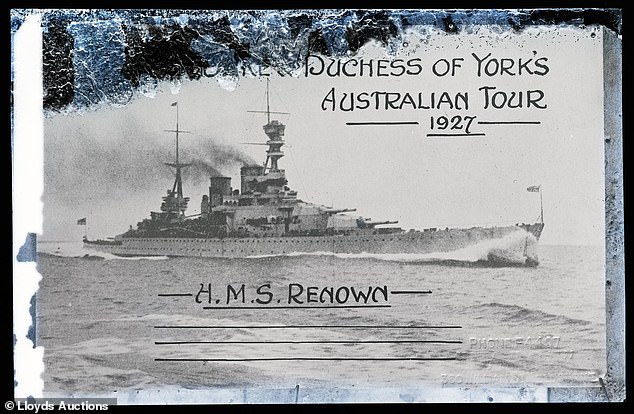 Pictured: HMS Renown, which was was the lead ship of her class of battlecruisers of the Royal Navy built during the First World War 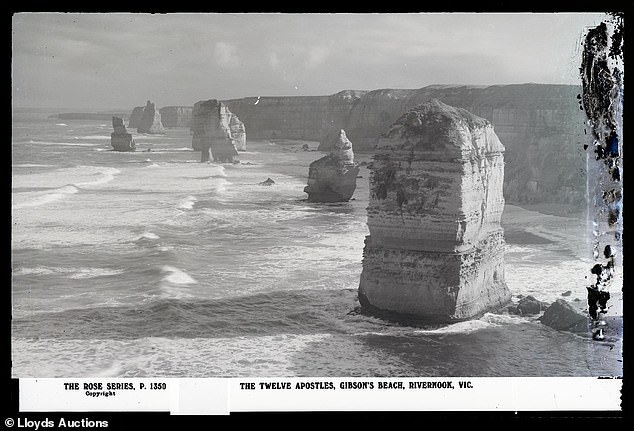 Pictured: The Twelve Apostles along the Great Ocean Road in Victoria, about a century before one collapsed in 2005

‘There will be bidding from people that are geographically connected to the imagery and people who are emotionally or historically attached to the imagery,’ he told the ABC.

‘We have investors chasing particular glass plate negatives. We have museums chasing it.’

He hopes that whoever bids will put them on display for Australians to enjoy.