New South Wales has recorded ‘similar’ coronavirus case numbers to Tuesday’s eight with no major spike in infections, according to Nine News Sydney.

Northern Beaches residents are set to have a more restricted Christmas than the rest of the city, with Premier Gladys Berejiklian to announce the rules at 11am.

Police Minster David Elliot earlier told Sunrise that it’s ‘highly possible’ the Northern Beaches, which has been in lockdown since Saturday, would still have different rules to the rest of the city.

‘It’s highly possible because you’ve got the cluster that has been identified,’ he said.

But he hinted that full lockdown will not be renewed for the area beyond 11.59pm, saying: ‘The Premier I can assure you wants everyone to have as normal as Christmas as possible.’

On Tuesday Ms Berejiklian said the government will ‘take a cautious but balanced app­roach’ when deciding Christmas restrictions, which will be based on several factors including mental health issues.

‘That will be based on the most recent information plus also looking at the trends that have been occurring,’ she said.

‘In particular looking at the multiplicity of venues and what that means outside of the Northern Beaches.

‘And whilst the vast majority of cases are all linked to those two events on Northern Beaches, we now know that there’s more venues out there and what risk does that pose?’

New South Wales recorded just eight new cases of coronavirus on Tuesday, raising hopes Sydney’s outbreak is being contained – but Ms Berejiklian has refused to rule out a Christmas lockdown.

Seven cases are linked to a cluster from the Northern Beaches, which now stands at 90, and one is a healthcare worker from Western Sydney who is not linked to the outbreak.

The healthcare worker transported a symptomatic family of three on 14 December after they returned from the US and went into hotel quarantine – and has also transported patients between hospitals, homes and care facilities.

Those patients and other contacts are being urgently contacted and told to isolate as investigations into the source of the case continue. 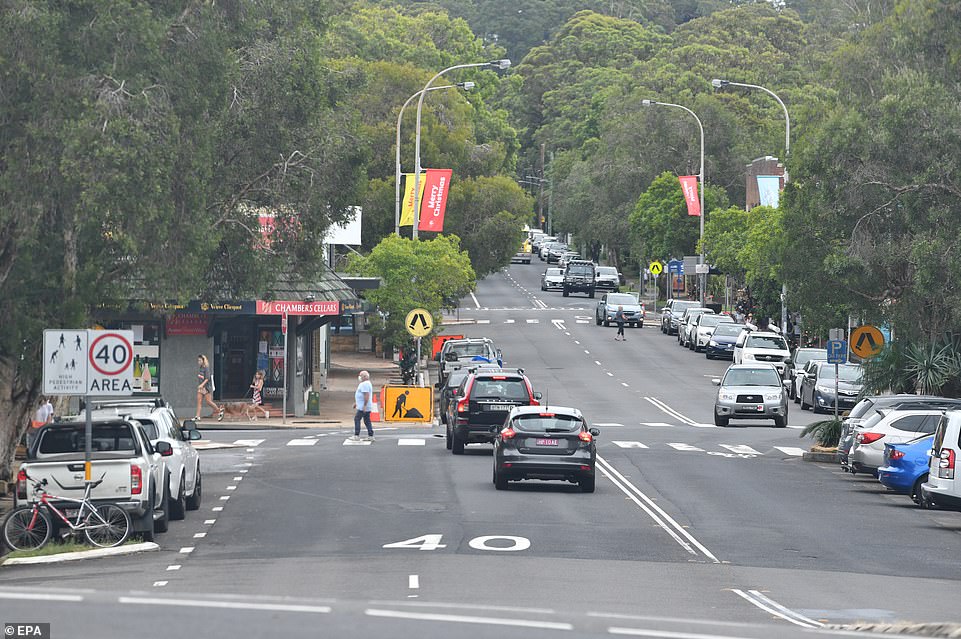 A close workplace contact of the healthcare worker tested positive after 8pm on Tuesday, meaning that case will be included in Wednesday’s figures.

The close contact travelled through Orange, 300km west of Sydney, on December 19 while infectious – putting the country town on high alert.

The woman visited the busy shopping complex on Saturday between 4.05pm and 4.15pm.

Anyone who was there during this time is considered a ‘casual contact’ and is urged to get tested immediately and monitor for symptoms.

‘The person did not enter any stores or come into close contact with any individual during this time period,’ NSW Health said.

The woman also attended Orange Health Service. Everyone who was there at that time has been contacted by Health NSW and is now in self-isolation. None of them have returned positive tests.

A record 44,466 people got tested in NSW on Monday, beating Sunday’s record of 38,578 as residents responded to the call to get swabbed if they notice any symptoms.

Chief Health Officer Dr Kerry Chant said the virus has been spreading outside the Northern Beaches and has updated a list of venues that have been attended by positive cases including the Rose of Australia in Erskineville, Elementary Cafe in Paddington and BodyFit gym in Blacktown.

A 15-year-old girl from Moonee Valley, Melbourne has tested positive in Victoria after she visited several of the high-risk exposure sites in Sydney, including the Avalon RSL and Avalon Bowlo, while on a trip to visit relatives.

The girl drove home from Sydney with her mother and then isolated before getting a test. They stopped once at  Oliver’s Real Food Outlet in Gundagai, New South Wales. The mother is negative for Covid-19 and other family members are being tested. 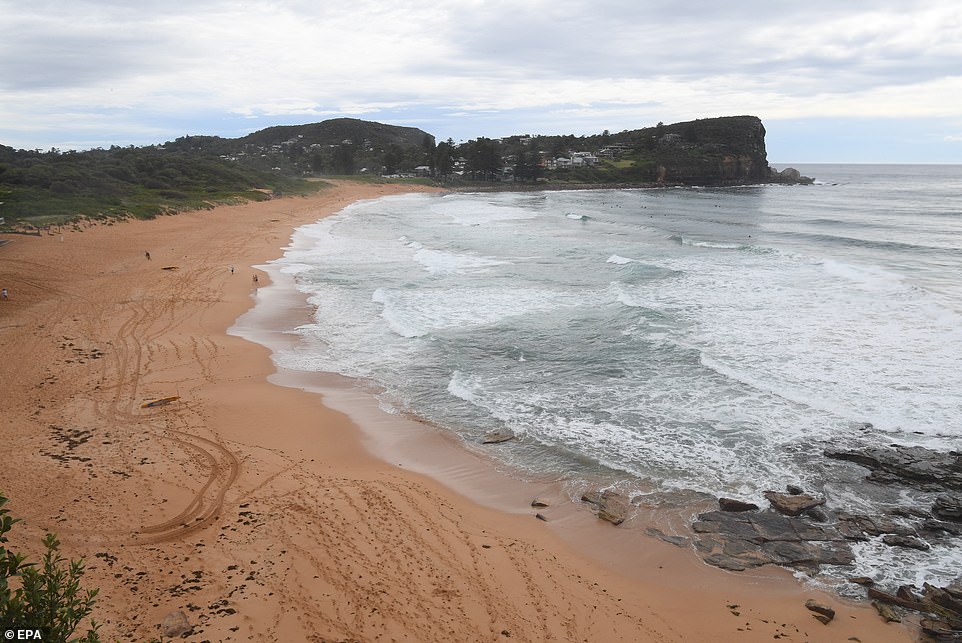 An almost deserted Avalon Beach on Tuesday. The area is normally crowded with Christmas and summer holidaymakers