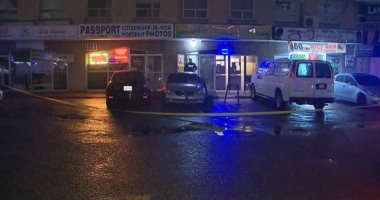 At least seven people were killed and seven others were injured in a knife attack that took place in the city of “Kaiyuan” in the “Liaoning” province in northeastern China..

The provincial authorities stated – in a statement today, Sunday, that the police arrested the suspect, while the injured, including a police officer who participated in the arrest of the suspect, were transferred to the hospital for treatment, indicating that the competent authorities have opened an investigation to determine all the circumstances and reasons. the incident.

On the other hand, Reuters news agency quoted American media reports that three were killed and the same was wounded in a shooting yesterday evening, Saturday, at a bowling alley in Rockford, Illinois, USA..

Illinois State Police said they arrested a suspect on Saturday night after media reports emerged that three were killed and the same was wounded in a shooting at a bowling alley in Rockford, state.

“Shots fired near Don Carter Linz on E State Street. Avoid the area,” Rockford Police said on Twitter. And she continued, “A suspect is in detention. The investigation is underway.”

Tour bus headed to Grand Canyon rolls over after speeding, killing one and critically injuring two