15th century Ming vase worth £2.5m is found in London after it was ‘stolen in burglary in Bern’

‘One off’ 15th century Ming vase worth £2.5m is found in London more than a year after it was ‘stolen in high-value burglary in Swiss capital Bern’

A 15th century Ming vase worth around £2.5 million and thought to have been stolen from a collection in Switzerland has been found by police in London.

The antique, described as ‘a one-off’, is believed to have been taken in a burglary by an organised crime group based in the capital in June last year.

Two men, aged 44 and 42, were arrested in Mayfair, west London, in connection with the theft of the vase, which dates back to the Chinese Ming Dynasty. 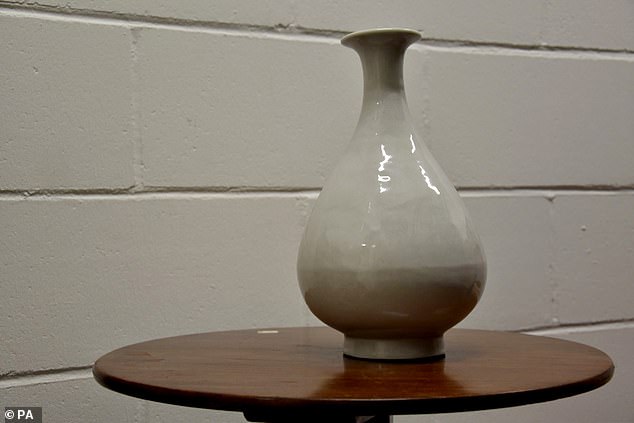 Metropolitan Police Detective Chief Inspector Jimi Tele said: ‘This is a significant step forward in what remains a complex investigation into a high-value burglary.

‘Whilst this vase is valued at around £2.5 million, it is a one-off and unique and therefore has immeasurable cultural value. It will be repatriated in due course.

‘The organised crime group at the centre of this investigation is also suspected of involvement in serious violence, so to arrest two suspected members safely is excellent.

‘Bearing down on serious crime and violence remains the Met’s top priority, and we will continue to disrupt the workings of organised crime whose members think they are out of reach of the law.’ 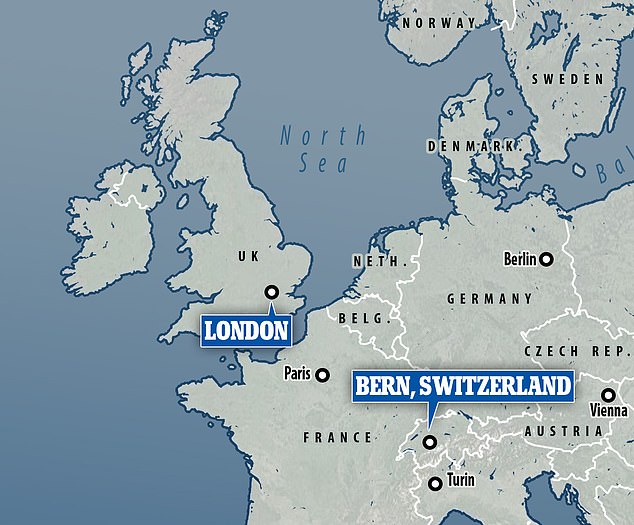 The vase is believed to have been stolen from Bern, Switzerland and taken to London (Locator map, pictured)

The two suspects were held on suspicion of handling stolen goods and released on police bail until mid-November.

Counterfeit currency, class A drugs and two suspected Tasers were found in a search of an address in Charlton, south-east London, as part of the investigation.

There is a lucrative illegal market for stolen Chinese antiquities, and there have been several high-profile thefts in recent years, including a string of heists at British museums and auction houses in 2012 that netted jade bowls, figurines and other items worth millions.

Detectives are working with the Swiss authorities to investigate the burglary.

The Ming Dynasty is one of the most illustrious names amongst the ruling dynasties of the Chinese empire – it held sway in the country from 1368 to 1644.

During the period China witnessed a vast improvement in techniques to make embroidered silks, glazed porcelain, carved lacquer wares and other artworks.

It was a period of innovation in ceramic manufacture and the artefacts from this era have been held as some of the most influential in art history. 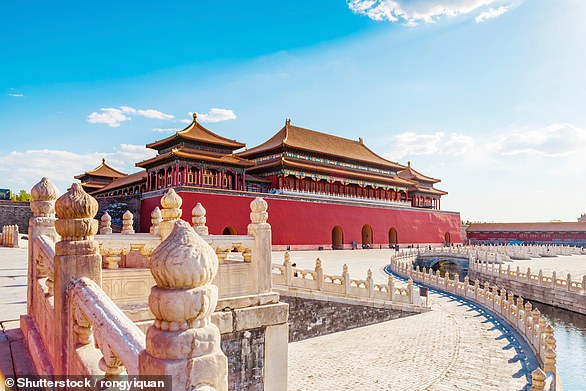 The Forbidden City in Beijing, China

Ming rule also saw the construction of a vast navy and a standing army of one million troops.

There were enormous construction projects, including the restoration of the Grand Canal and the Great Wall.

Under Ming rule  Beijing’s Forbidden City was also established during the first quarter of the 15th Century.

Estimates for the late-Ming population vary from 160-200million people.