The remaining family of a missing Sydney model turned prostitute has welcomed a $1million reward for information about her disappearance 26 years ago.

Revelle Balmain, 22, was last seen on November 5, 1994, at Kingsford, in the city’s eastern suburbs and is presumed to have been murdered.

Ms Balmain’s half-sister, Suellen Simpson, said her sibling’s disappearance had caused immeasurable grief to her family for a quarter of a century.

‘For many years, our family worked tirelessly to find out what happened to my sister – but sadly both our mother and Revelle’s father, Ivor, passed away without ever knowing what happened to their little girl,’ Ms Simpson said. 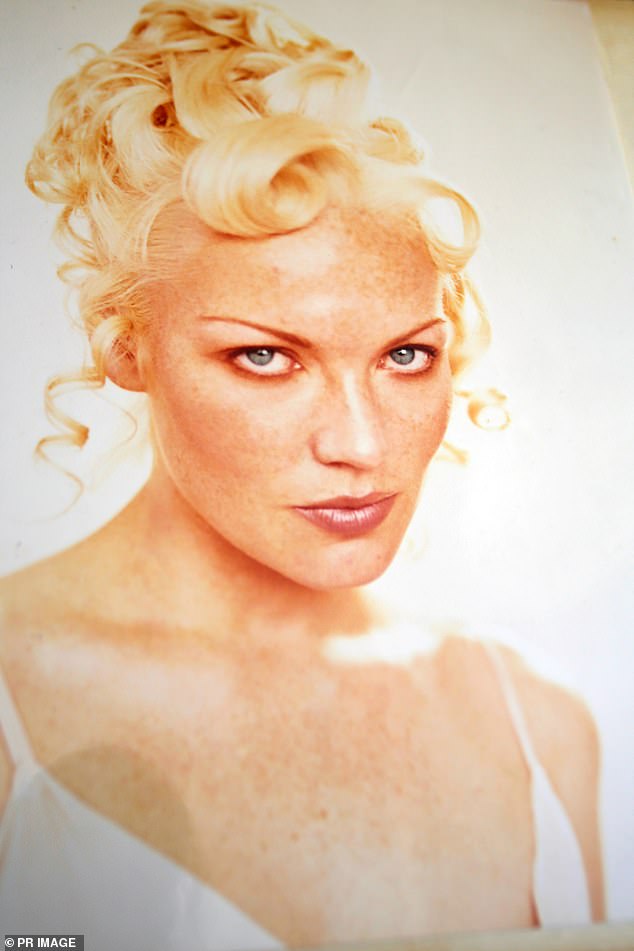 The family of missing Sydney model turned prostitute Revelle Balmain has welcomed a $1million reward for information about her disappearance 26 years ago. The 22-year-old (pictured) was last seen on November 5, 1994, at Kingsford, in the city’s eastern suburbs 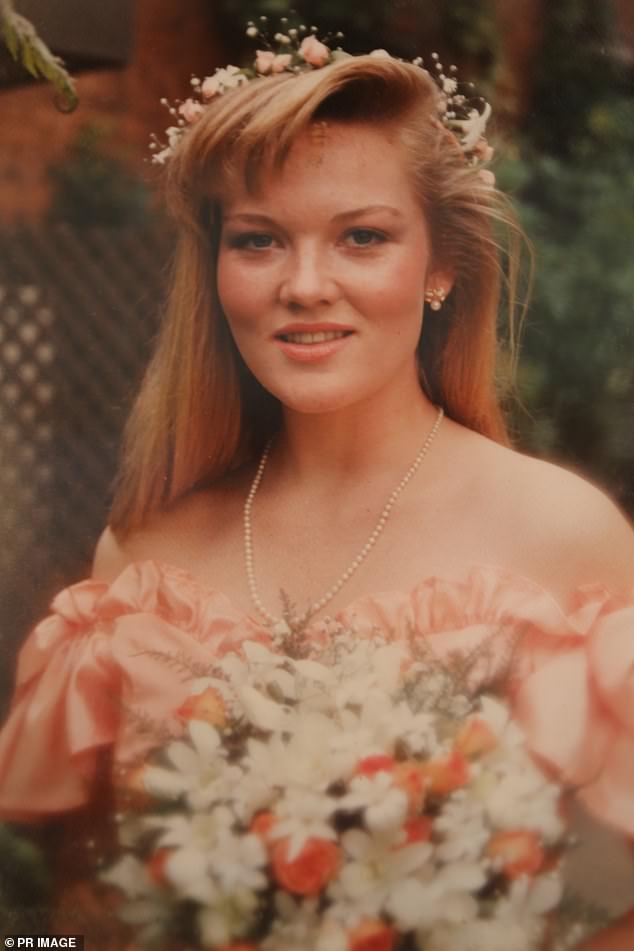 Ms Balmain’s sister Suellen Simpson said her sibling’s disappearance had caused grief to her family for 26 years. ‘For many years, our family worked tirelessly to find out what happened to my sister.’ Ms Balmain is pictured 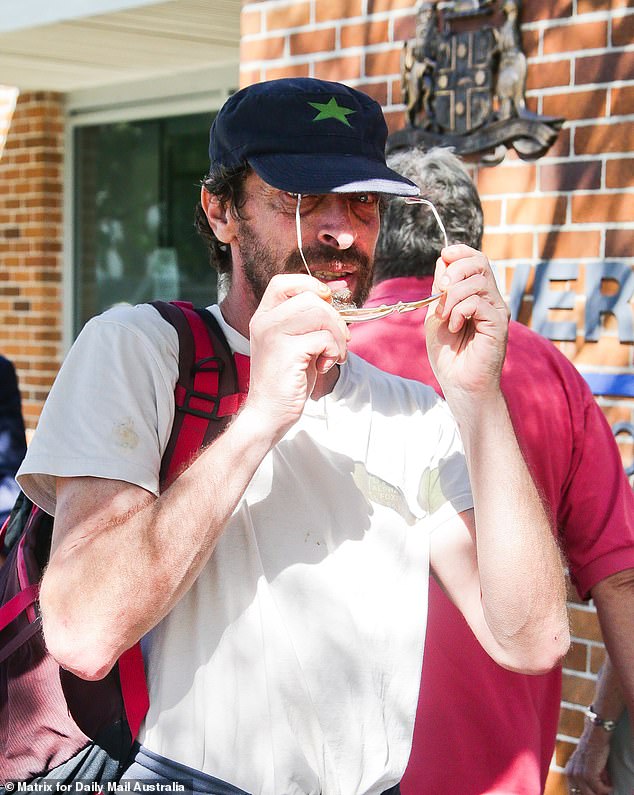 The reward’s announcement follows a series of Daily Mail Australia reports about a man previously named as the main suspect in Ms Balmain’s disappearance. Gavin Owen Samer was 26 when he hired Ms Balmain to come to his home at Kingsford on the day she disappeared

‘Losing someone that is close to you – you’re never the same person again.

‘I truly hope this reward will prompt someone to come forward with information that will help police find those responsible for Revelle’s disappearance.

‘It is my personal hope that this reward may also help us find Revelle – so that I may finally put her to rest.’

The reward’s announcement follows a series of Daily Mail Australia reports over the past three years about a man previously named as the main suspect in Ms Balmain’s disappearance.

Gavin Owen Samer was 26 when he hired Ms Balmain to come to his home at Kingsford for several hours of sex on the day she disappeared.

Ms Balmain has not been seen since that appointment and Samer was named at a 1999 coronial inquest as the main person of interest in her suspected murder. 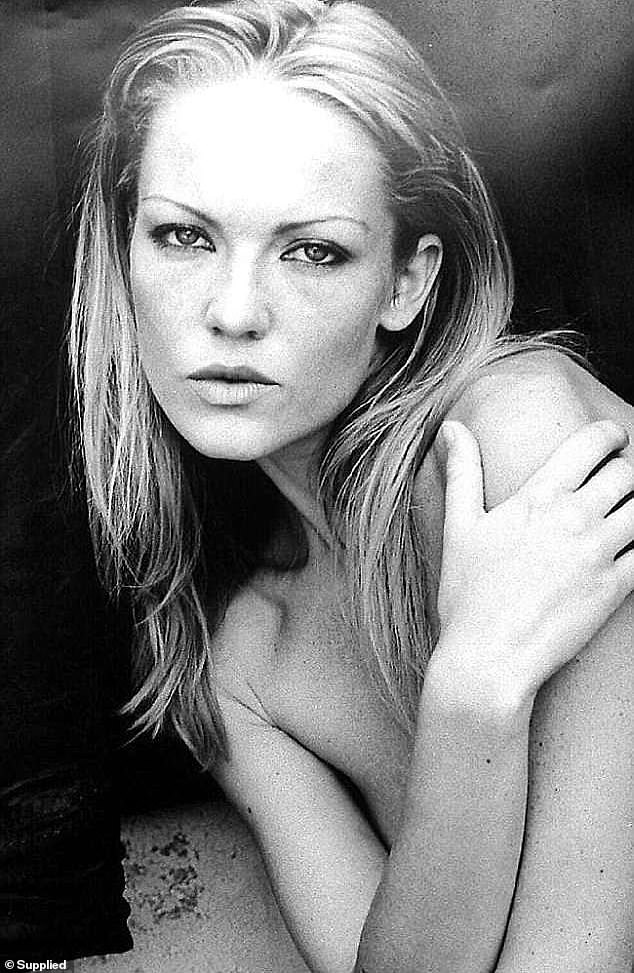 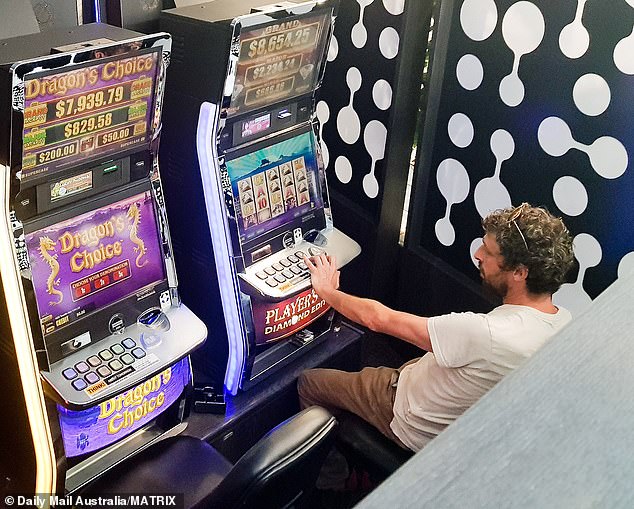 Gavin Samer was the last person known to see model turned escort Revelle Balmain alive. Asked if he knew he was still the main suspect in her murder, he said: ‘I’m well aware of the situation.’ He is pictured playing a poker machine after a court appearance

Samer subsequently spent at least 15 years living as a recluse in Tasmania but resurfaced in Sydney in 2018 to plead guilty to old theft charges.

After that court appearance Samer told Daily Mail Australia he believed he was still the main suspect in Ms Balmain’s murder but insisted he had not harmed her.

‘I’m one of the softest, nicest blokes on the planet,’ he said when asked about the events of November 5, 1994. ‘I’m mellow. I’m totally anti-violence.’

While Samer told Daily Mail Australia he did not kill Ms Balmain, he knew he would continue to be linked to the crime.

‘I’m not worried about getting arrested over the Revelle thing,’ he said. ‘I’ve done nothing wrong. I hired a hooker, that’s the only thing I did. Big deal.’

Samer was to be the blonde, blue-eyed escort’s final client before she intended getting out of prostitution and was the last person known to have seen her alive. 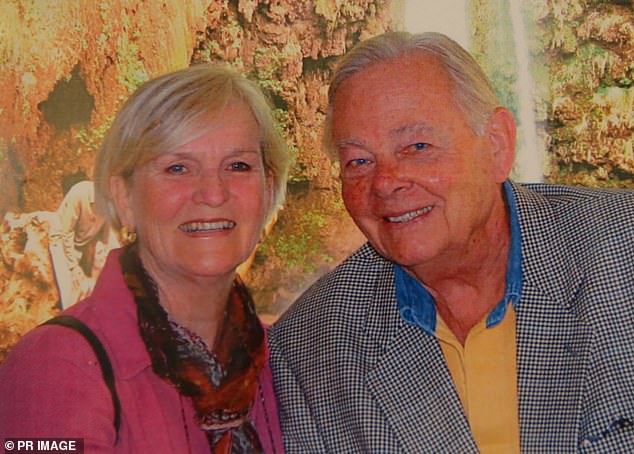 Ms Balmain’s sister said: ‘For many years, our family worked tirelessly to find out what happened to my sister – but sadly both our mother and Revelle’s father, Ivor, passed away without ever knowing what happened to their little girl.’ Jan and Ivor Balmain are pictured

After their appointment, Samer claimed he drove Ms Balmain from his house on McNair Avenue to the nearby Red Tomato Inn about 7pm, but no witnesses came forward to say they saw him or her that night.

Ms Balmain’s personal property – including a make-up bag, keys and a shoe – were found scattered near her final known location.

During the inquest, the possibility that two of Ms Balmain’s former employers, Select Companions and VIP Escorts, or their associates could have been involved in her disappearance was investigated.

Also considered was a submission from a group of three men about drug-fuelled parties they claimed to have had with Ms Balmain. The submission was later ruled ‘unreliable’.

Deputy State Coroner John Abernethy eliminated a theory that Ms Balmain had staged her own disappearance, saying there was ‘absolutely no evidence’ to support it.

In his May 1999 findings Mr Abernethy ruled Ms Balmain died on or about November 5, 1994 in New South Wales at the hands of a person or persons unknown.

‘Not only is she dead, but I am firmly of the opinion that her disappearance involves her homicide,’ he said. 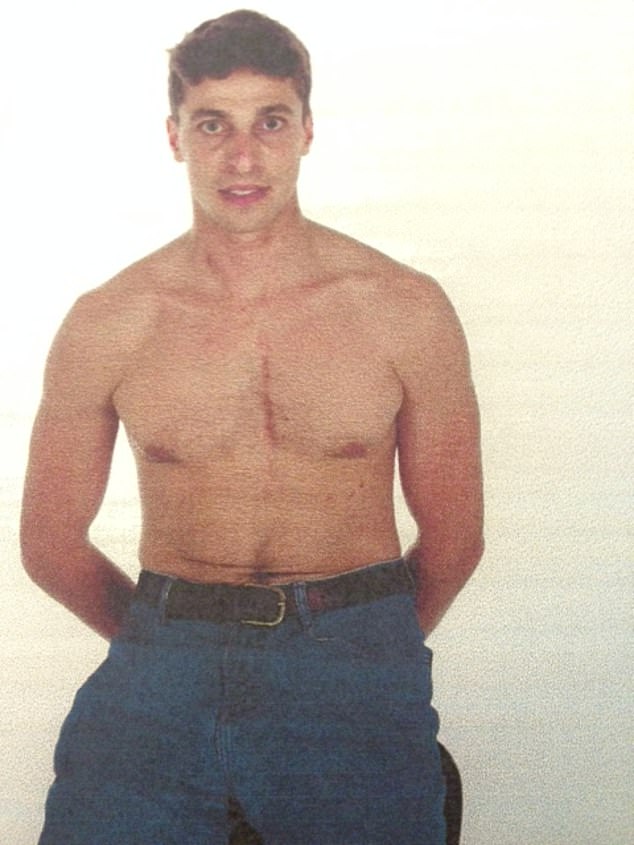 Gavin Samer (pictured) is now living in Queensland. He is pictured in 1994

‘While Mr Samer certainly had the opportunity to kill Ms Balmain, and rightly in my view is the main person of interest to police, there is no plausible motive proved.’

Samer was back in the news when his former flatmate, Rosa Rosaberg, was killed in January last year in an explosion in the home they once shared at Bondi.

The now 52-eyar-old had been found guilty of assaulting Ms Rosaberg in late 2019 but that conviction was overturned in December 2020.

Judge Herbert heard Samer had already been punished by media coverage of his association with two dead women, which was entirely coincidental.

‘Mr Samer has an unfortunate history in that he was a person of interest in relation to the presumed death of a woman on the 5th of November, 1994, which resulted in considerable media attention,’ Judge Herbert said. 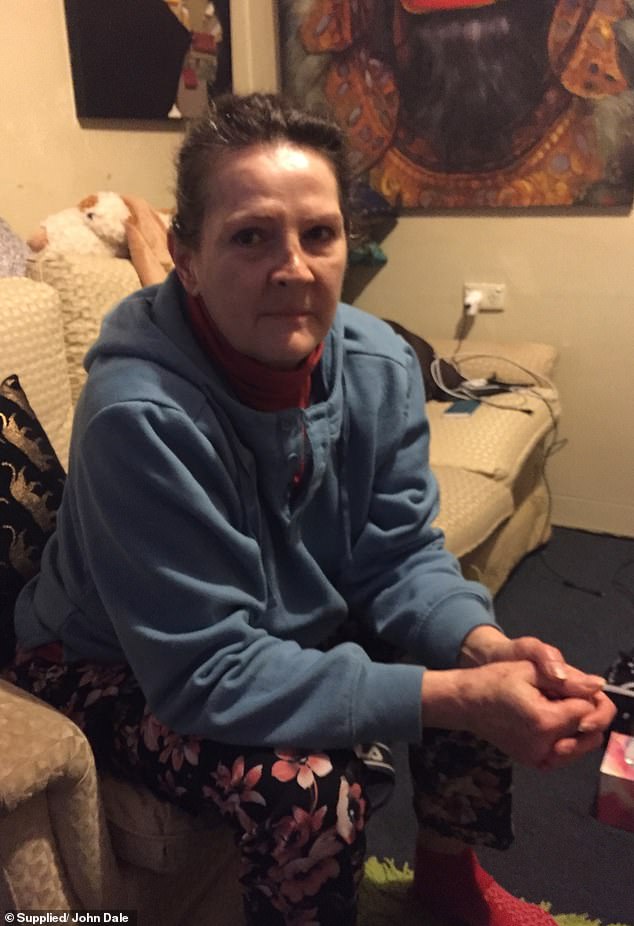 Samer was back in the news when his former flatmate, Rosa Rosaberg, was killed in January last year in an explosion in the home they once shared at Bondi. Ms Rosaberg is pictured

Samer had also been accused of committing sex offences against Ms Rosenberg but those charges were withdrawn when she was killed in the explosion at her home.

‘As a result of the media attention Mr Samer himself has suffered mental health issues and was admitted for treatment to the mental health unit of Gold Coast Hospital,’ Judge Herbert found.

Daily Mail Australia does not suggest Samer was involved in the death of either woman, only that he was named as a suspect in Ms Balmain’s disappearance.

Last year, a formal review of the Balmain case was assigned to a senior detective from the Central Metropolitan Region for re-investigation under Strike Force Aramac.

On Friday police renewed their appeal to the community to come forward with any information that may assist detectives with their inquiries.

Minister for Police and Emergency Services David Elliott announced the reward for information to solve the case had been lifted from $250,000 to $1 million. 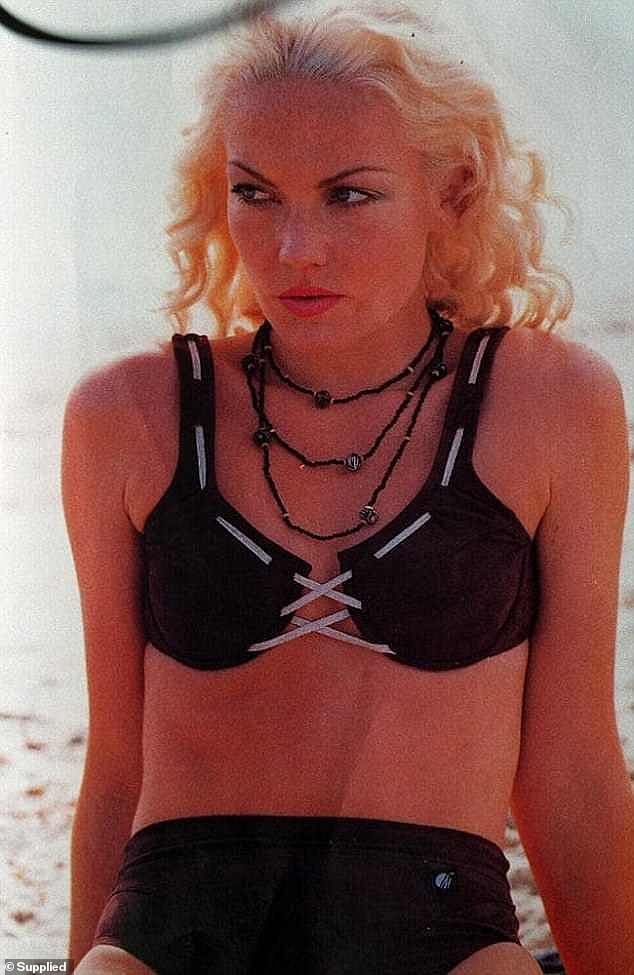 Revelle Balmain was a model and dancer. There is now a $1million $250,000 reward for information leading to the conviction of Revelle Balmain’s killer or killers

‘Ms Balmain was only 22-years-old, and her sudden disappearance has been deeply felt by her family and friends for more than 26 years,’ Mr Elliott said.

‘I am optimistic that the significant increase in the reward will help detectives obtain new information relating to Ms Balmain’s disappearance and hopefully hold someone to account.’ 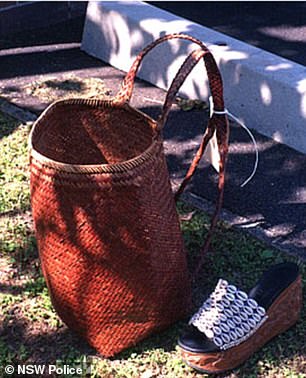 Ms Balmain’s personal property – including a make-up bag, keys and a shoe – were found scattered near her final known location.

‘Over the years, the support from the community in the pursuit to locate Revelle Balmain and piece together her last movements has been very beneficial to police,’ Detective Chief Superintendent Bennett said.

‘With fresh eyes now being cast over more than two decade’s worth of statements and intelligence reports, as well as physical and forensic evidence, it is our hope that justice will be found.’

‘Our team has been working on Revelle’s case for the past six months and have been utilising new forensic technology to review all available evidence,’ Detective Chief Inspector Bell said.

‘Revelle’s family has been campaigning for justice for more than 26 years and strike force detectives are determined to finally find the answers they are seeking.

‘It is our hope that today’s reward will encourage those in the community – including Revelle’s friends and co-workers at the time – to come forward and speak with police, so we can hold those involved in her disappearance accountable.’

WHAT THE CORONER WAS TOLD ABOUT GAVIN OWEN SAMER 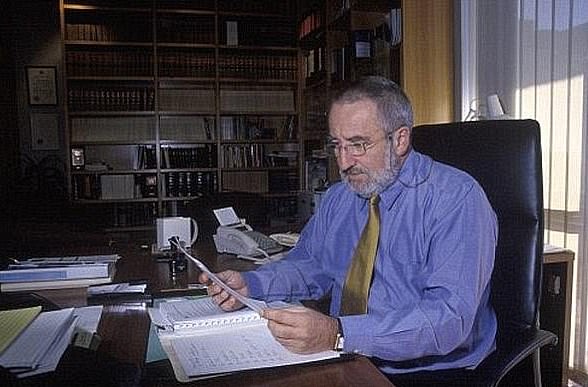 Evidence given at the coronial inquest into Revelle Balmain’s disappearance revealed in the first crucial hours after she was reported missing police did not search Gavin Samer’s house with a specialist forensics team.

They also did not search his car until nine days later or ask him to hand over the clothes he was wearing on November 5, 1994.

Detective Sergeant Mulherin had been stationed at Rose Bay police station on November 6, the day after Ms Balmain’s disappearance.

He told the coroner what inquiries police made of Mr Samer.

Mr Abernethy: ‘As part of the search of his home did you search the clothing that he may have been wearing on the day of 5 November?’

Detective Sergeant Mulherin: ‘No, I did not.’

Detective Sergeant Mulherin: ‘No I did not, no.’

The detective had not asked for Mr Samer’s washed clothing because he thought anything that he needed ‘wouldn’t have been there’.

Mr Abernethy asked if, with hindsight, it might have been a good idea to examine Mr Samer’s clothing for damage.

‘Certainly a priority in fact that was a very intense day for us, it was my first day at Rose Bay,’ Detective Sergeant Mulherin said.

‘I walked straight into this investigation, we were flat out all day as I say, we’ve obviously overlooked that, overlooked the viewing of any clothing for damage.’

As Mr Samer had told police he got the scratches on his body while surfing that Saturday morning, officers asked for and obtained his wetsuits.

‘I needed to know if those injuries could be caused and/or an injury be caused through a wetsuit,’ Detective Sergeant Mulherin said.

Police were also looking for Mr Samer’s cheque book because he had said he wrote a cheque for Ms Balmain but it was missing.

Officers visited Mr Samer’s house three times – the first time without a warrant and the third time with a warrant to search the property.

When police came to search the house they did not call in assistance from specialist physical evidence officers. Instead, Detective Sergeant Mulherin relied on his eyesight to look for ‘blood, scuff marks, hair adhered to the wall, anything.’

He told Mr Abernethy he was ‘physically pulling things apart to have a look to try and, first of all, find the cheque book.’

‘It was an oversight at that time of the inquiry,’ Detective Sergeant Mulherin said.

‘In hindsight I’d do a lot of things differently, that would be one of them, certainly.’

Detective Sergeant Mulherin then confirmed Mr Samer’s car – in which he allegedly drove Ms Balmain to the Red Tomato Inn – was not checked until November 13, eight days after she disappeared.

‘You have to understand, at that stage… we didn’t have a body and we weren’t certain she was dead at that stage,’ Detective Sergeant Mulherin said.