2 Afghan security forces were killed and 5 wounded, as 4 explosions occurred in Kabul 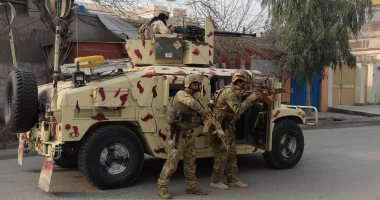 The police confirmed that the second explosion, which occurred in western Kabul at around 7:02 a.m., using a magnetic explosive device as well, targeted a car carrying a senior official from the Police VIP Protection Unit. As a result, two policemen were injured.


It indicated that 3 members of the security forces were injured in a third explosion resulting from the detonation of a roadside bomb targeting a police vehicle in the “Deh Sabz” area, east of Kabul .. explaining that the fourth explosion occurred at about (9:05) in the morning in the area Deh Buri, west of Kabul, where a police car was targeted; As a result, two policemen were killed and one civilian was wounded.

An Israeli company publishes aerial photos of the bombing of Syria

Trump will address troops on Christmas but ‘Fake News not invited!’

Because of to a basic deficiency of curiosity in football, I even now have no notion what is occurring on the pitch in the Entire world Cup. No...

Trump will address troops on Christmas but 'Fake News not invited!'