Everything must go! £200m fire sale at Debenhams as chain prepares to shut last 97 stores

By Neil Craven and Helen Cahill For The Mail On Sunday

Apple Would make Designs to Transfer Production Out of China

Bust department store giant Debenhams will kickstart a £200million fire sale of stock tomorrow in the biggest closing down sale since the demise of Woolworths.

The closure of the chain, which imploded last year, will leave a blight on high streets across the country where Debenhams is among the largest stores.

Its remaining 97 stores are expected to be shuttered by the end of next month.

The company failed last year after the pandemic blew a hole in financial restructuring plans and it failed to find a rescue buyer.

It was not the only casualty. Other chains joined Debenhams on the scrapheap and now thousands of stores forced to close last year due to lockdown measures are not going to reopen at all.

Surveying the landscape, the boss of one high street survivor said: ‘We are hoping for a big surge in spending and there will be some towns and some shopping centres that will do just fine. But I’m afraid some of these places will look pretty devastated.

‘There are some big names that loom large on some high streets and will now be closed for good.’

Another retail chief said: ‘Shoppers might find it strange to be in some of these places, even after stores reopen. You’ll only need to walk down London’s Oxford Street where up to a third of the shops are not going to reopen.’

Big shops on Oxford Street dealt a killer blow by the pandemic include Topshop, Miss Selfridge and Gap. Other stores that closed before the crisis and are still vacant include HMV, giant fashion shop Forever 21 and Links of London. 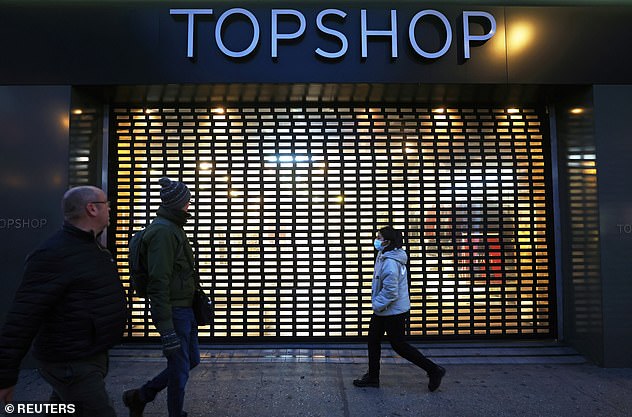 Online giant Asos snapped up the Topshop, Top Man and Miss Selfridge brands while rival Boohoo has bought the Debenhams name and website for £55million and a string of other high street brands. Neither are keeping any of the stores.

Retail sources said liquidation specialists Hilco had been selling Debenhams stock online. But they said there is between £180million and £200million currently locked in stores and in warehouses ready to supply the closing down sale.

In contrast, retail survivors on the high streets are banking on a surge in spending in the coming months – amid renewed confidence following the vaccines rollout – with the country’s shoppers having saved billions in lockdown.

Many retailers have spent this year working hard to brush up stores and ranges. John Lewis executive director Pippa Wicks said: ‘Our stores are looking fabulous. We’ve got some really inspiring layouts and lots of new products. I think it will be quite busy, I think people are desperate to get back into stores and shop.

‘We will see a lot of people coming in and wanting to buy clothing. We’ll see a rise in outdoor furniture as well.’ 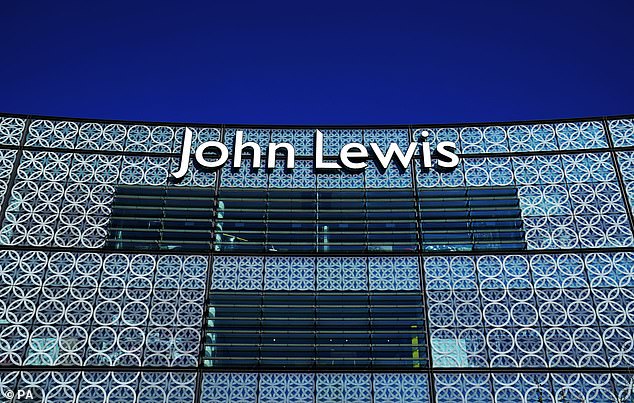 She added: ‘We’ve already got customers calling people in our stores asking what we have, when we’re opening, and how they can be first in the queue. We’ll have marshals helping to make sure things don’t get congested. We are obviously putting safety first.

‘Everyone is really excited. The mood is good, people are pumped up to reopen.’

But she confirmed there has been a major shift in spending patterns. Wicks said: ‘We were 40 per cent online before the pandemic and we think it will be between 60 and 70 per cent going forward.

‘Next week is going to be hopping, but a lot will depend on whether people are allowed to go overseas this summer or not, and whether there will be a lot of job losses after the pandemic.

‘There are so many unknowns, so we are going to take it steady.’

Apple Would make Designs to Transfer Production Out of China

In the latest months, Apple Inc. has accelerated strategies to shift some of its output outside China, long the dominant region in the source chain that created the...

The "retail apocalypse" was nowhere to be seen at the popular Irvine Spectrum Center the morning of Black Friday. Brittany Chang/Insider When I arrived at the palm tree-lined...

Britney Spears has offered her estranged sister Jamie Lynn Spears some rare praise despite previously calling her 'scum' and accusing her of 'f***ing lying' in her controversial memoir...