By Alex Jennings For The Daily Mail

Chorley may be bottom of the National League North, but yesterday they celebrated a remarkable comeback win at Wigan, the 2013 winners of the FA Cup.

Chorley will play in the second round for only the third time in their 137-year history, courtesy of an extra-time winner from Connor Hall that sealed an unbelievable turnaround from 2-0 down.

Joe Garner and Tom James’ strikes had put Wigan in control in the first half, but Adam Long’s sending-off offered Chorley a glimmer of hope. It was a glimmer they seized, Elliot Newby and Harry Cardwell drawing the Magpies level at their League One hosts. And in extra time, Hall completed an extraordinary revival for Jamie Vermiglio’s side as they held out for an incredible 3-2 win. 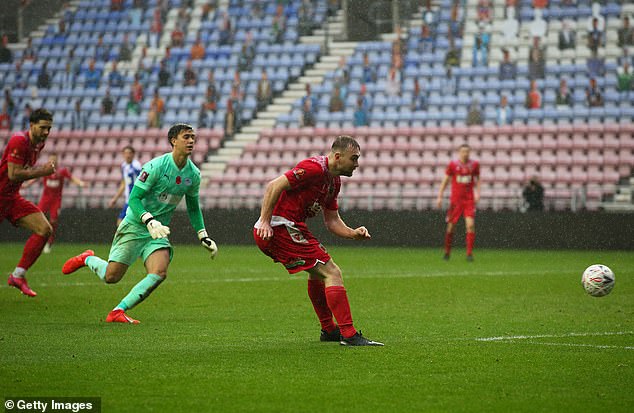 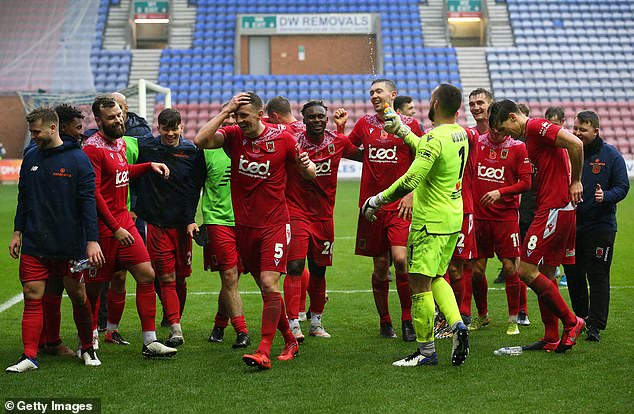 ‘It is amazing for this group of players to do it,’ Chorley boss Vermiglio told BBC Radio Lancashire.

‘It’s a newly collected group, so it’s good for them to achieve this and believe in themselves. They’re singing in the dressing room now and the camaraderie can only grow from here. Who knows what else we can do?’

National League side Solihull Moors knocked out an EFL outfit for the first time to reach the second round for a third consecutive season. Former Birmingham City midfielder Stephen Gleeson scored two penalties either side of a Krystian Pearce goal to beat Scunthorpe United 3-2 away at Glanford Park. 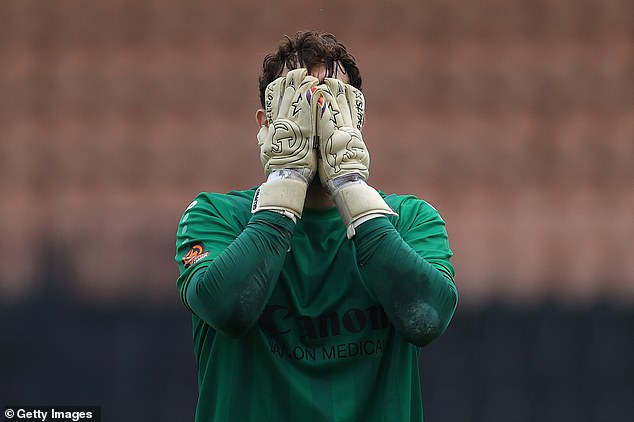 Likewise, non-League Barnet beat League One Burton — two tiers above them — despite being reduced to 10 men for the entire second half, with Wesley Fonguck’s winner coming before Matt Preston’s dismissal just before half-time.

‘We showed great character after going down to 10 men,’ said Barnet manager Peter Beadle. ‘The boys put their bodies on the line and we got our rewards.’

One in 10 children admit gambling with their own money