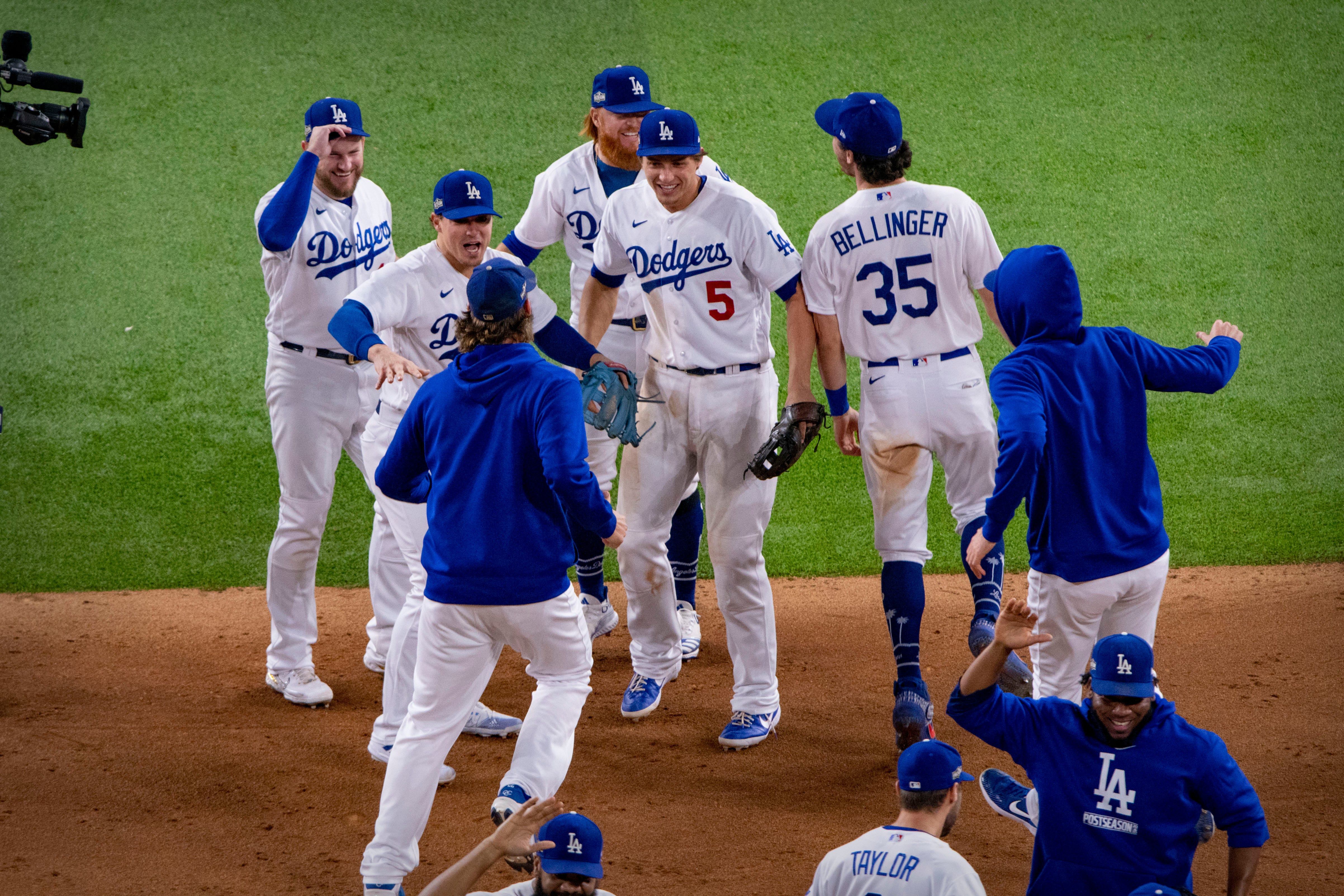 ARLINGTON, Texas — It is the best against the best, and Major League Baseball can’t often say that about its jewel event.

For the first time since 2013, the teams with the best records in their respective leagues will meet in the World Series. And the Tampa Bay Rays and Los Angeles Dodgers were both so dominant in this pandemic-shortened season, it’s hard to say the results would have been much different had they played more than the 60 games.

“It seems like they’re in the World Series every year, every other year,” muses Rays center fielder Kevin Kiermaier. “They have a great, young core group of guys and a lot of veteran leadership as well. We’re going to have to bring our A game this series, but we know we’re a good team as well, and we’re dangerous.

“Two 1 seeds facing each other. This is how you script it up to what you want to see in the World Series.”

With Dodgers president of baseball operations Andrew Friedman with fingerprints on both clubs, and his protégé, trade-happy Rays GM Erik Neander espousing similar philosophies, these clubs should have a good feel for one another.

Yet their paths to victory will diverge significantly. Here’s a breakdown of the whens and whats and whys – and who wins – in this neutral-site Fall Classic:

Because they have the most dominant pitcher: Glasnow will start Game 1 and, presumably, Game 5 against Kershaw, and will bring an overpowering repertoire and bat-missing ability that should play well in this Series. Glasnow struck out 14 batters per nine innings this year, and clearly overcame 2019 ALDS woes by beating the Yankees in a pivotal ALDS game and coming back on two days rest to toss 2 1/3 shutout innings in the decisive Game 5.

Because The Stable is no joke: Manager Kevin Cash’s “stable full of guys who throw 98 mph” in the bullpen have got them this far, surviving a perilous playoff stretch of 12 games in 13 days.

With two days off before the World Series, and off days after Games 2 and 5, this ought to feel like a relative breeze.

It’s true: The mix-and-match formula that saw 12 Rays earn saves during the regular season transferred crisply to October: Three pitchers – Diego Castillo, Pete Fairbanks and Nick Anderson – earned saves in the ALCS against Houston. They leaned hard on Anderson in the first two rounds, tabbing him for 7 1/3 innings of relief against Toronto and the Yankees, and he was diminished against Houston, giving up four runs in 4 1/3 innings, including a walk-off homer to Carlos Correa. We envision a rejuvenated Anderson against the Dodgers.

Because Cash is money: He was panned for his quick hooks of Snell and Morton in the ALCS – one move backfiring, the other resulting in a Game 7 victory – but Cash is a master at capturing matchups and getting Anderson and other top arms into high-leverage situations regardless of inning. Now in his sixth year, Cash brings a startling level of conviction to what’s now a very complex job – particularly when the Rays have just three standard starting pitchers. That goes for aggressive platooning or going to his best reliever as early as the sixth inning, if necessary.

“It takes a special mindset to get the last three outs of the game,” says Cash. “We’re fortunate to have guys who got some reps doing it. Saying that, not all games are lost in the ninth inning. Some are lost in the sixth, seventh and eighth.”

His aces may chafe at times. But few managers match Cash’s ability to push the right buttons – or his chutzpah to defend the moves that go sideways.

Because they are so hard to kill: Figuratively, of course, and that goes for within a series and every plate appearance. In roaring back from a 3-1 NLCS deficit against the Atlanta Braves, they put to rest any notion a group that’s won eight consecutive division titles grew too complacent. And in chewing through Atlanta’s pitching the second time around in that series, they displayed the next-level plate discipline that compelled manager Dave Roberts to call this his best team yet.

Three Dodgers regulars – Max Muncy, Cody Bellinger and Chris Taylor – saw more pitches per plate appearance at than the league average, and Muncy’s 4.43 pitches per time up ranked fourth in the major leagues. Their 4-3, Game 7 conquest of the Braves was a master class in plate discipline.

They trailed 2-0 with two outs and nobody on when Justin Turner worked starter Ian Anderson for an eight-pitch walk. Two batters later, Will Smith hit a game-tying two-run single.

In the Dodgers’ four NLCS victories, 20 of their 29 runs scored – 69% – came with two outs. The lesson: You’re never totally out of the woods.

Because they are patient – but can also hit: This is no “three true outcomes” team, although the Dodgers can hit, walk and strike out with any team. Lest we forget, Mookie Betts is a batting champ and career .301 hitter. Justin Turner has four .300 seasons to his credit (including this shortened year) and Bellinger posted a .305/.406 on-base year in his 2019 MVP campaign.

Batting average is empty, you say? Maybe over 162 games. But the ability to put the ball in play against precise, elite pitching – or at least extend the at bat – takes on a far greater value in a World Series.

Because Walker Buehler is a big-game pitcher: Buehler’s Game 6 performance – including his stunning escape from a bases-loaded, no-out jam – was the latest in a chapter of save-the-season efforts. Buehler is 26 now, no stranger to postseason pressure – not after he won a Game 163 to clinch the 2018 NL West title, not after sterling performances in Game 7 of the 2018 NLCS and Game 3 of the 2018 World Series, both Dodger victories.

He has 73 strikeouts over his first 10 postseason appearances, which ranks eighth all-time on a list headed by Bob Gibson. He’ll likely start Game 3 and a possible Game 7, and good luck betting against him.

Kenley Jansen and Clayton Kershaw. The only players around for all eight division titles and every last postseason gut punch, their stock continues to fluctuate. Kershaw had a fantastic regular season and two excellent playoff starts before wobbling in NLCS Game 4, a start delayed by back spasms. Jansen nearly pitched the Dodgers into peril against the Padres in the NLDS – and then found his rhythm in time to close out a pair of NLCS victories.

Have they regained, for better or worse, all the significant leash Roberts usually afforded them? We’ll find out.

Forget the lack of a revenge angle Dodgers-Astros would have produced. This will be a tightly-contested, fun and – to those uninitiated to the trappings of the modern game – fascinating World Series. Yet for all the Rays’ ability to match the Dodgers in the aggregate, and platoon and match up and pester and endure, there is just too much talent on the other side of the field. A 32-year World Series drought is broken – perhaps with the embattled Kershaw earning the decisive victory.

Department of Justice will file an antitrust lawsuit against Google today