Three women are traveling the country together while living in an old school bus after discovering that they were all dating the same cheating man.

Late last year, Morgan Tabor, 21, of Boise, Idaho figured out that her boyfriend was cheating on her — with at least six other women, most of whom also thought they were dating him exclusively.

Two of his other girlfriends were Abi Roberts, 19, of Salt Lake City, Utah, and Bekah King, 18, also of Boise, and it wasn’t long before the three women bonded over their shared interests — and decided to hit the road together in a vehicle they’ve dubbed the BAM Bus after each of their first initials. 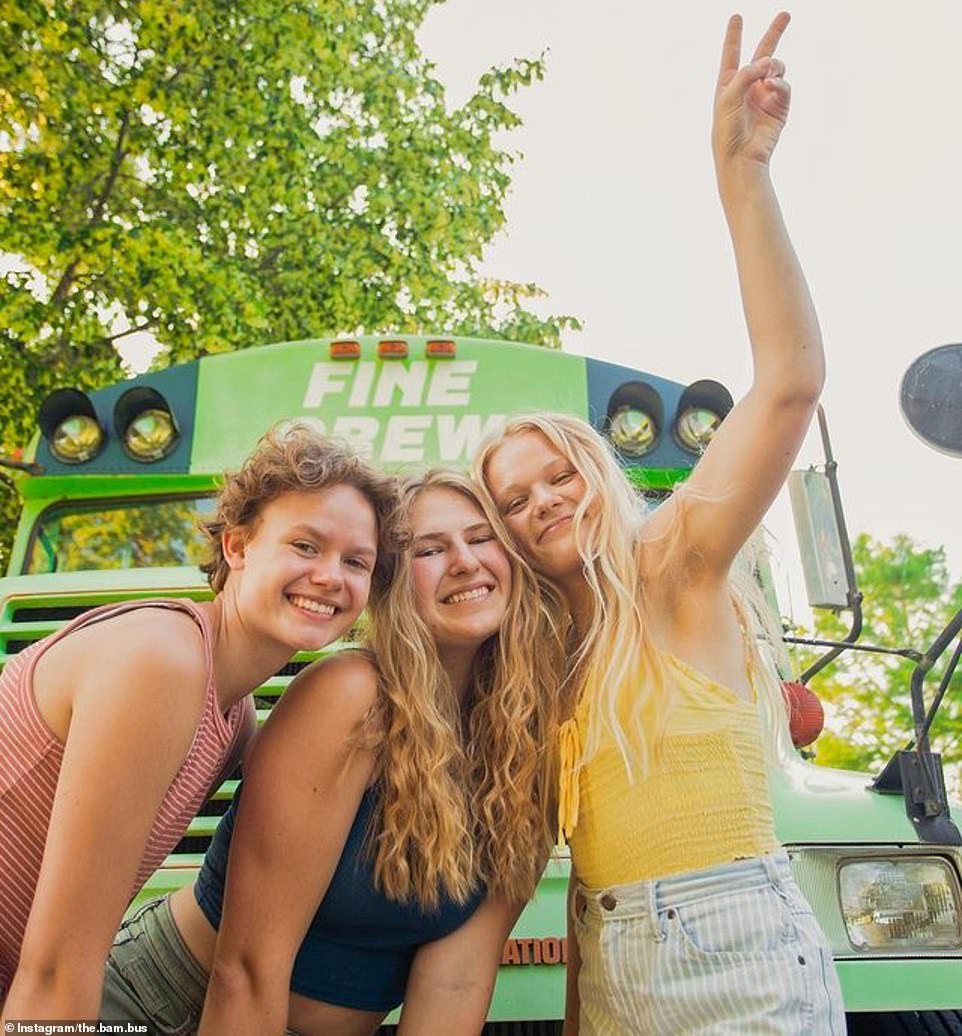 Best case scenario: Three women are traveling the country together in a renovated school bus after discovering that they were all dating the same man 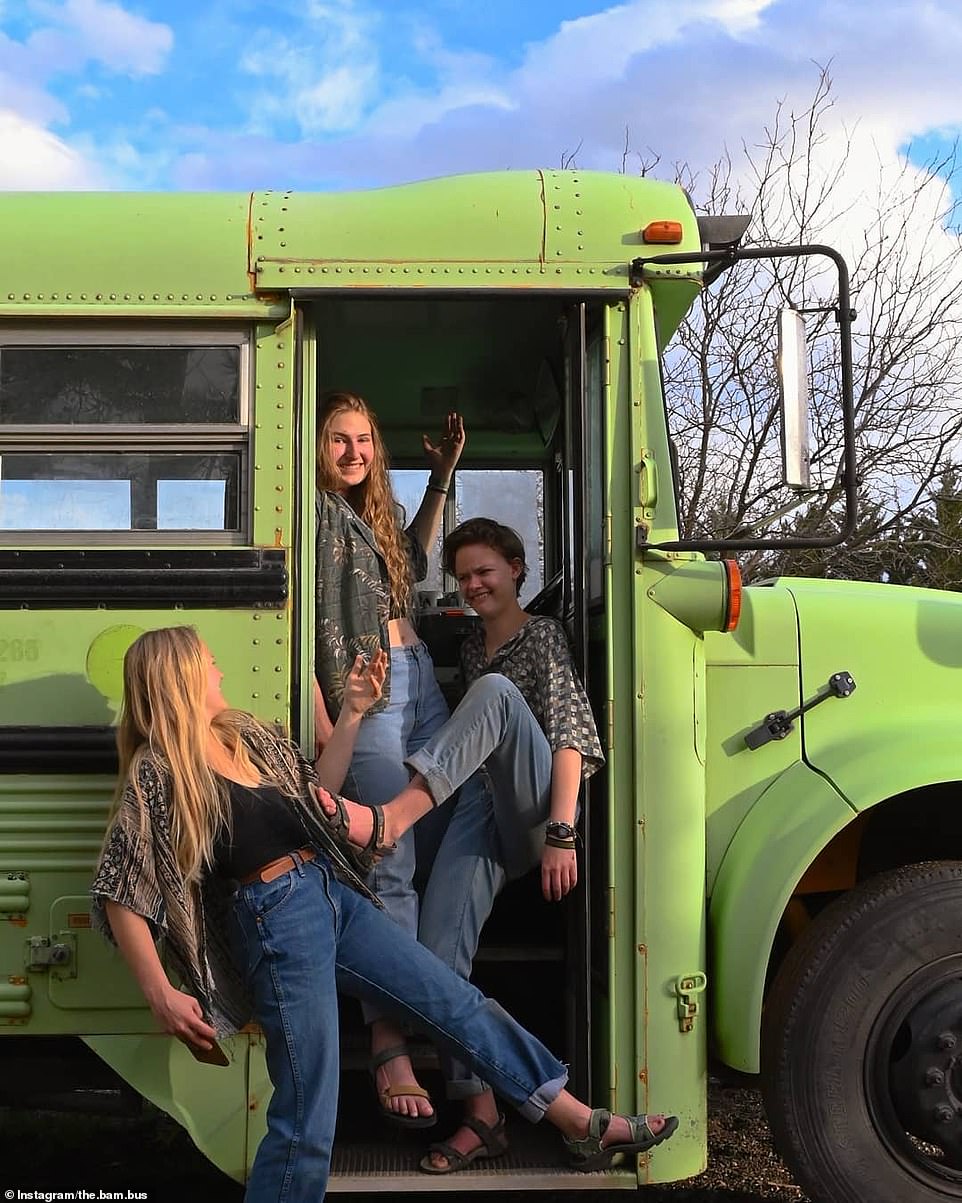 Cheater: Morgan Tabor, 21, Abi Roberts, 19, and Bekah King, 18, all thought they were in exclusive relationships with the same guy

Tabor told the Washington Post that she had dated her unnamed ex-boyfriend, a 20-year-old college student who lived on the same street as her parents in Boise,, on and off since 2018.

But the pair were supposedly exclusive, when, in December 2020, Tabor grew suspicious that he wasn’t being faithful.

Concerned that he was texting other women and leaving comments on their social media posts, Tabor investigated, and soon found that one woman had countless photos of their shared boyfriend on Instagram.

Tabor continued digging. eventually finding Roberts, who also thought she was in an exclusive relationship with the man she had met around Halloween 2020.

‘When Morgan contacted me, it was the most insane feeling ever,’ she told the Washington Post. ‘This guy had literally slept at my house the night before, kissed me goodbye, and said he was driving back to Boise [from Utah] to visit his family.’ 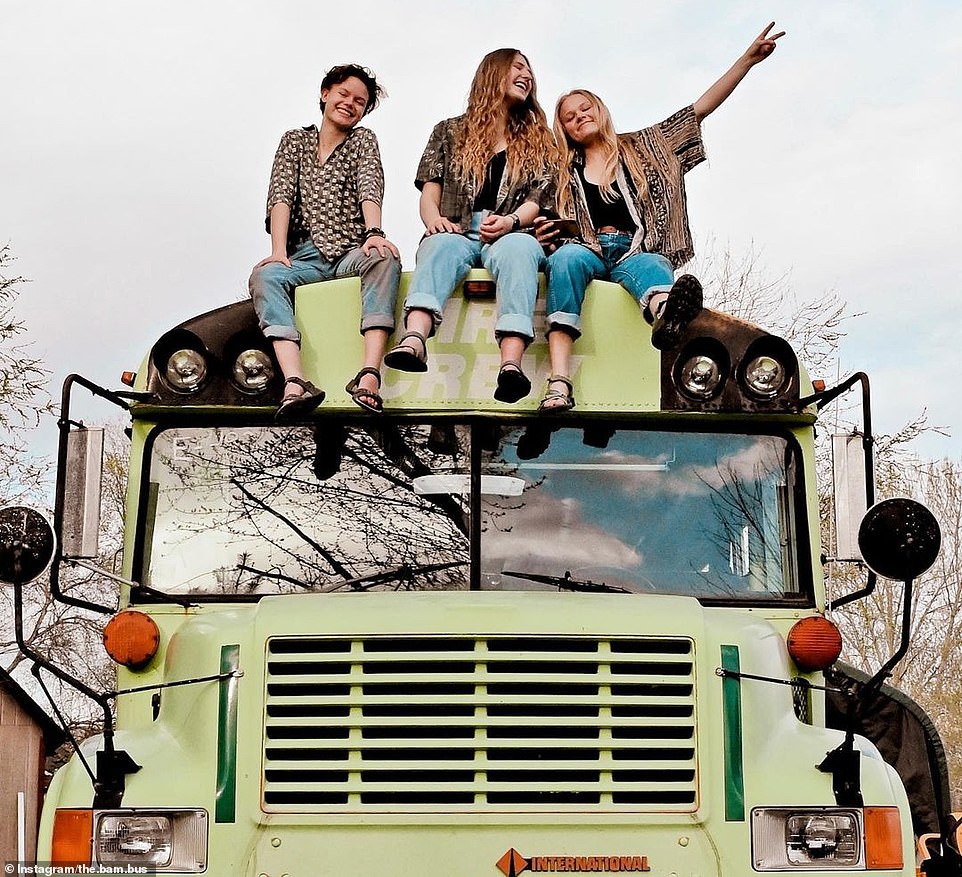 His loss! They discovered the truth after Tabor grew suspicious and did some digging — but the trio quickly bonded 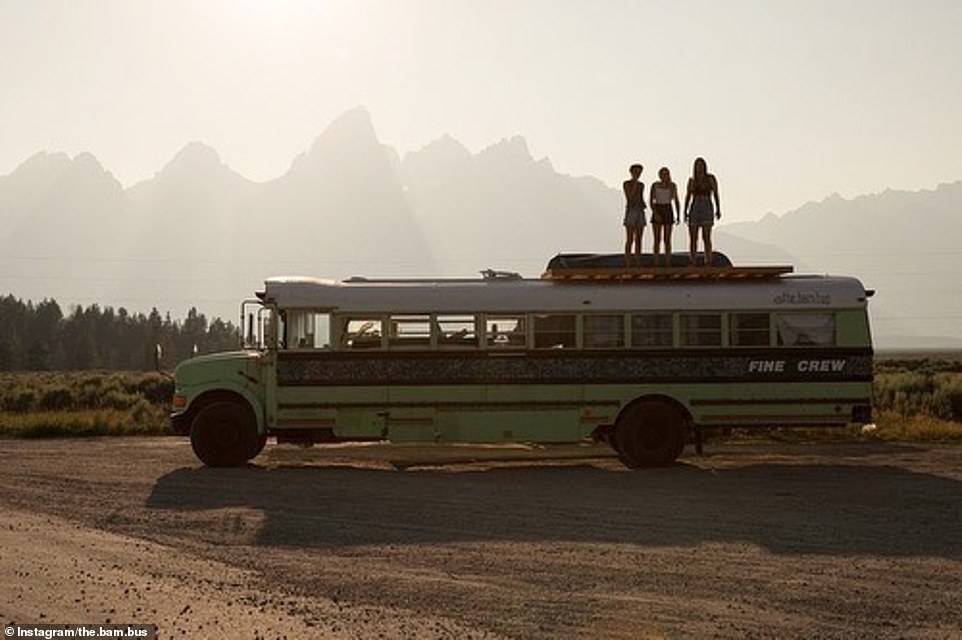 Inspiration: While trading stories, they realized he had told all of them that he wanted to travel the country in a VW bus

It was bad luck for him that he was actually going to see Tabor — and pulled up outside of her house just as she and Roberts were FaceTiming about him.

Tabor said she told him, ‘Hey, look here. I’ve made some new friends,’ adding to the Washington Post: ‘Watching his face drop when he saw who I was talking to on FaceTime was the most cinematic moment ever.’

More digging turned up at least six women he was seeing at the same time, including King, who also started dating him last year.

Naturally, all three broke up with him.

Despite being caught red-handed, the shameless ex insisted to the Post that ‘there are two sides to everything.’

‘I really don’t want anything to do with them anymore,’ he told the outlet. ‘I think the best thing right now is to say nothing.’

The women, however, kept talking, and in January they met up for a weekend and became fast friends.

‘While we were doing that healing, we started realizing we all have really similar interests. The guy really has a type, I think,’ Roberts told the Salt Lake Tribune. 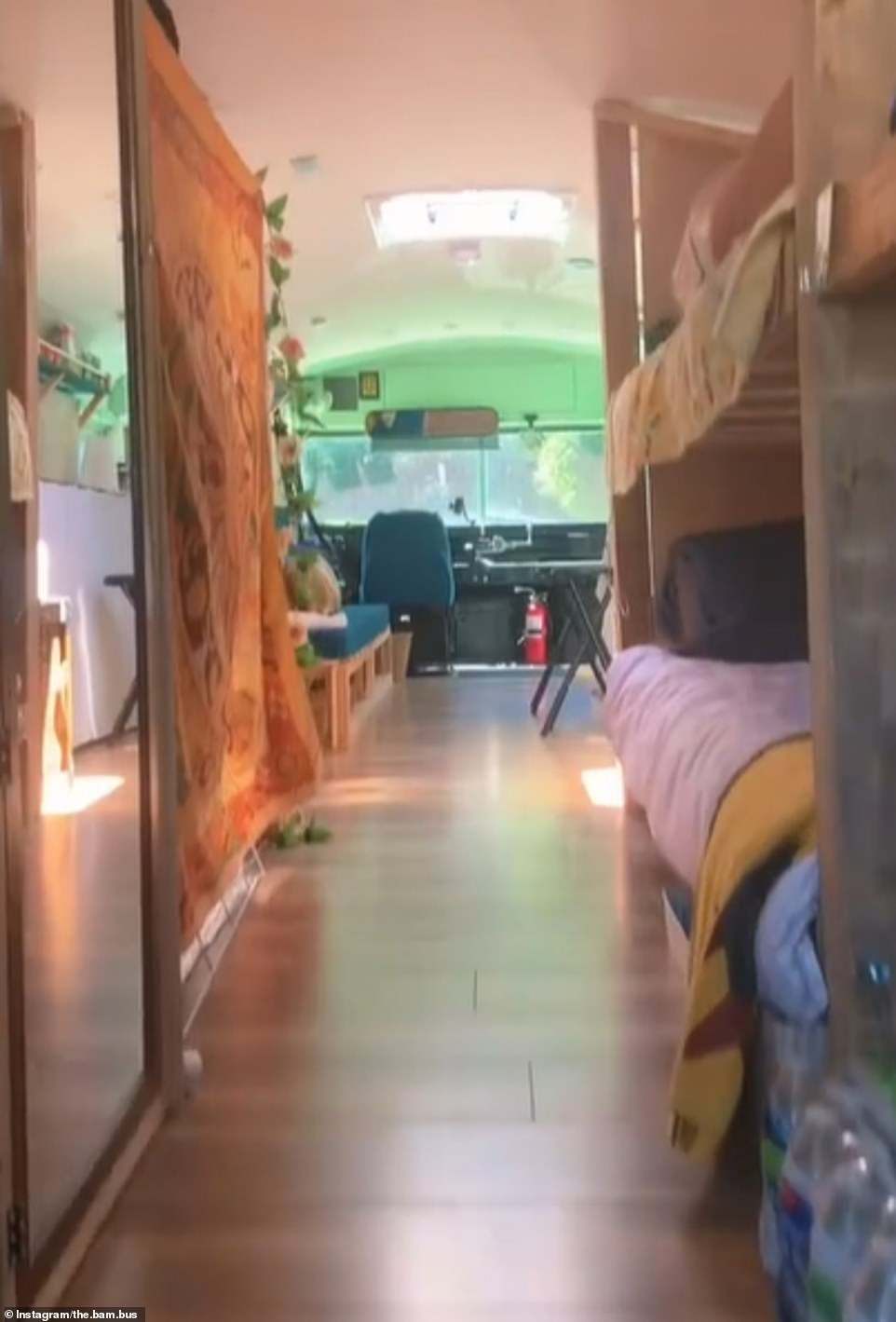 DIY: They pooled their money and bought an old school bus, which they renovated themselves 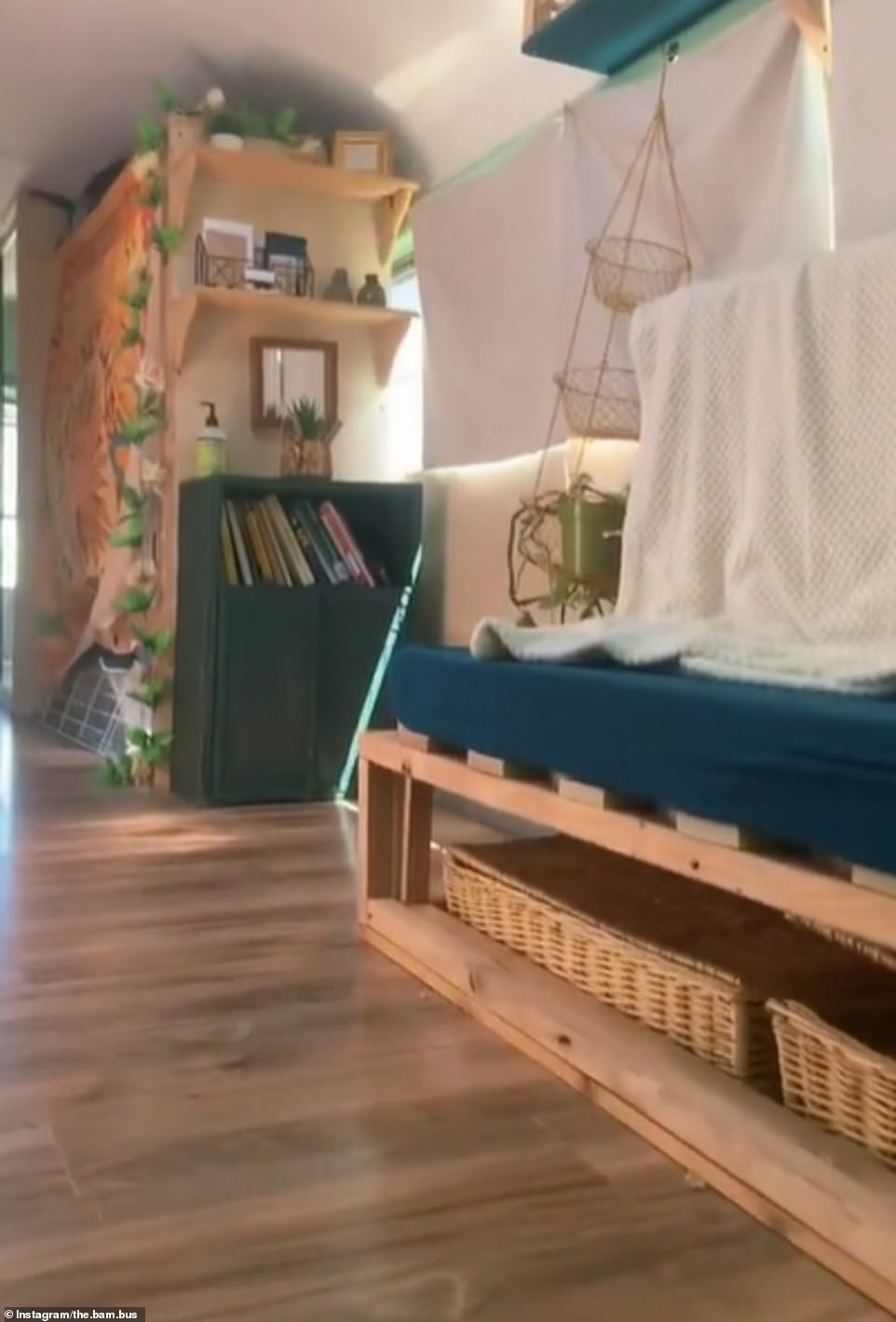 ‘It all kind of came together after our lives had fallen apart,’ Roberts said 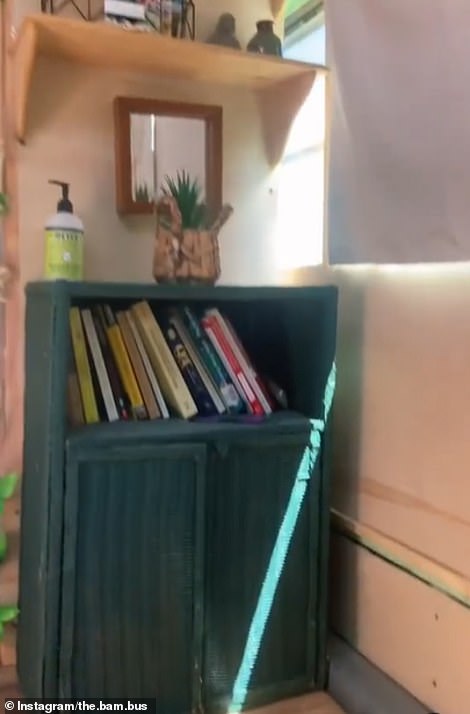 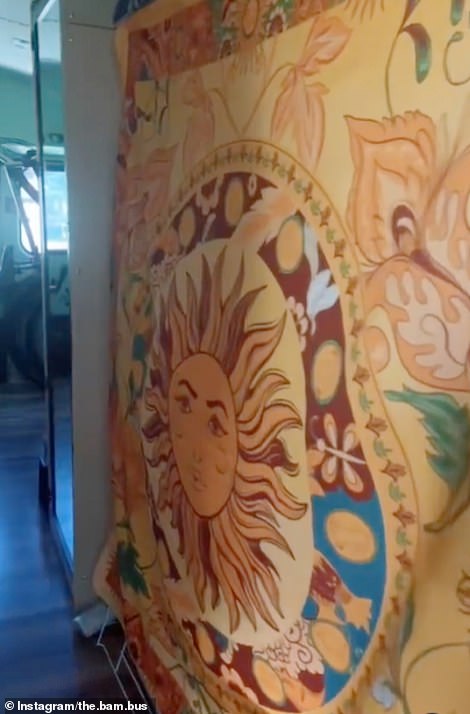 Amazing! The women are now traveling around together and documenting their trip online

The trio eventually realized that the guy had told all of them how much he wanted to travel the country in a VW bus — so they decided to do something similar without him.

They spent a few thousand dollars purchasing a 30-year-old school bus, which they spent two and a half months renovating with a little help from King’s dad and some on-the-go learning from YouTube.

They added new floors, insulation, beds, a roof deck, and homier touches, like a bookshelf, plants, and wall art.

‘It all kind of came together after our lives had fallen apart,’ Roberts said.

Last month, they were ready to take off, first driving through scenic parts of Idaho.

‘We started in Boise, Idaho, where the whole build-out took place, and then we traveled east through Idaho,’ Roberts told Good Morning America. 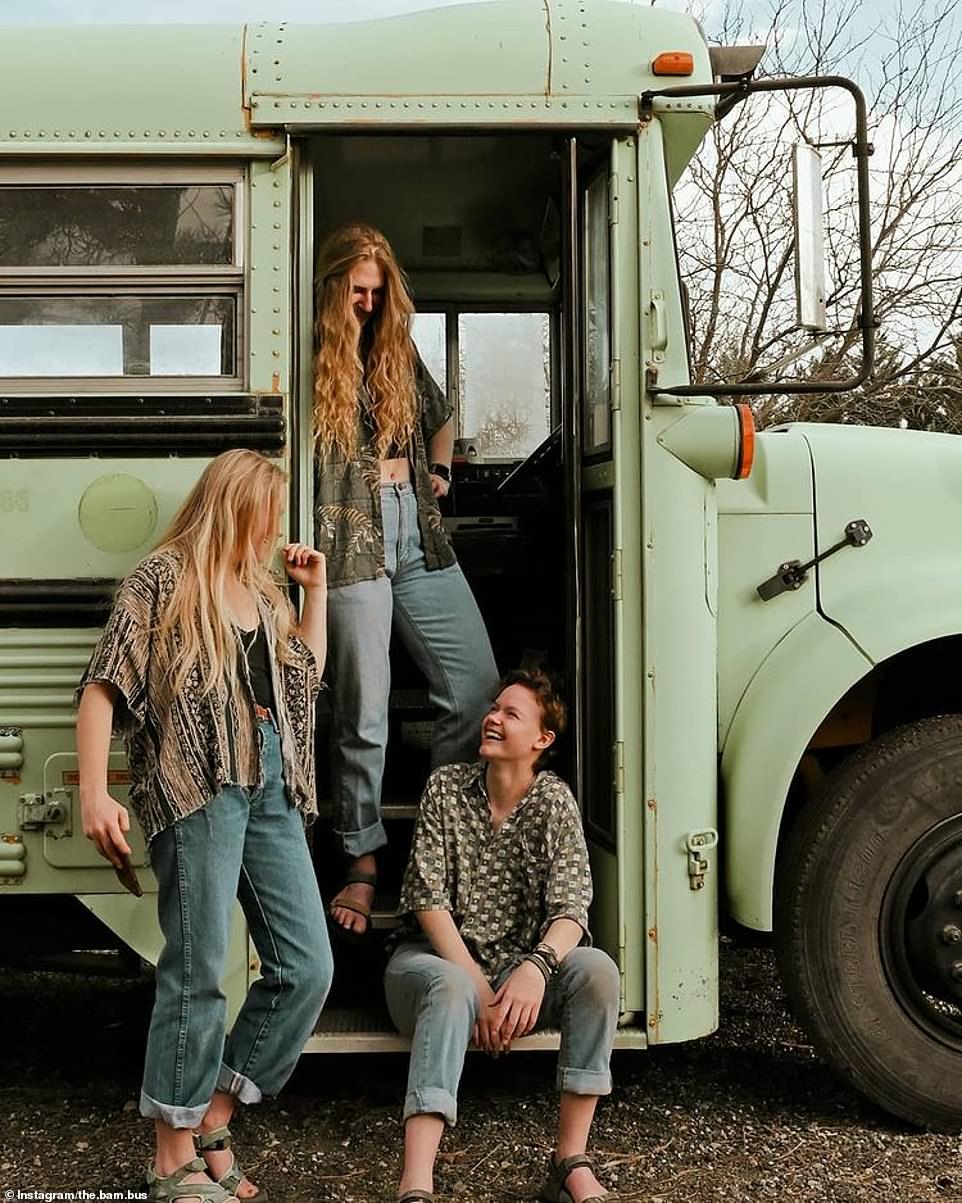 ‘I think more than anything this was some sort of weird blessing,’ King said 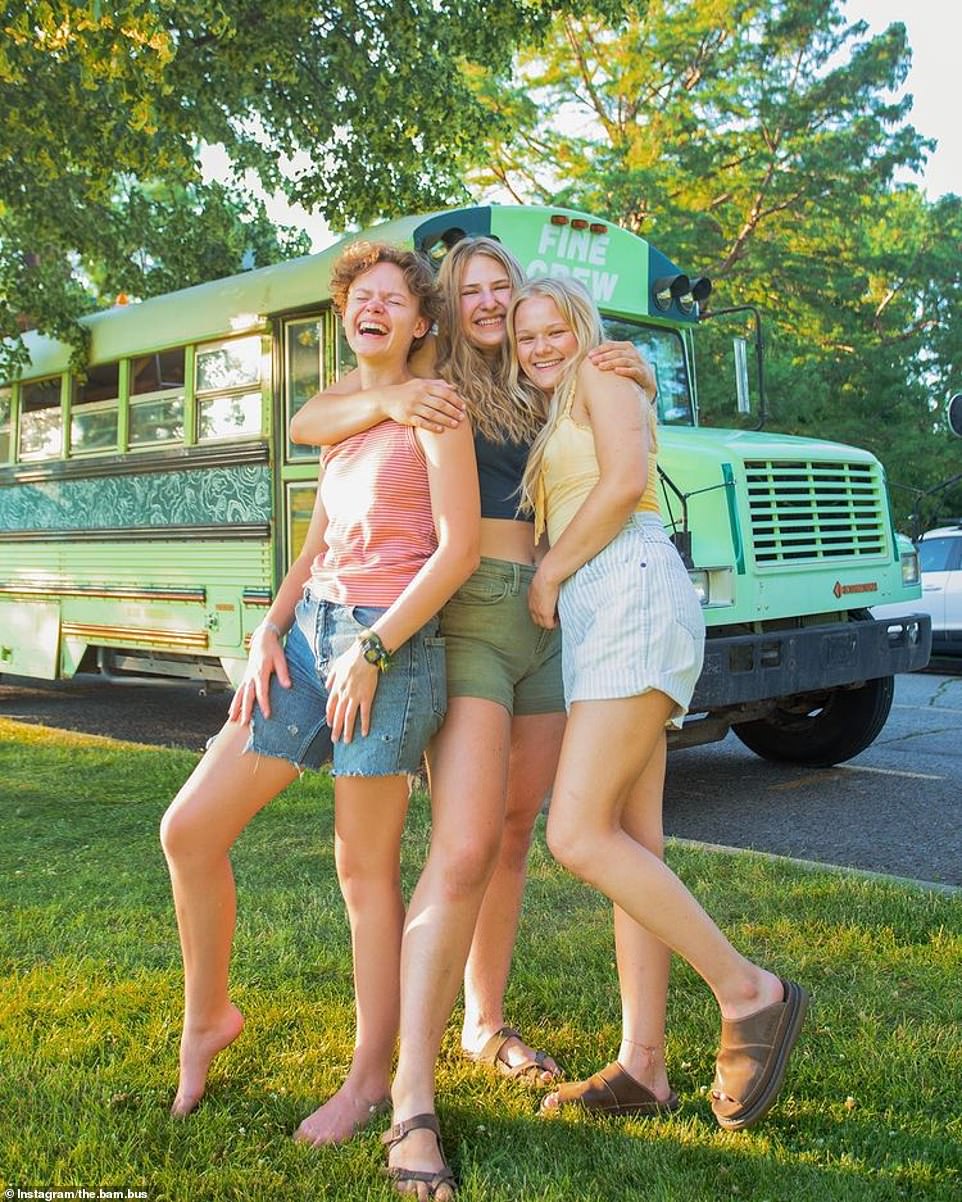 “I think sometimes, at face value, a lot of people think we’re just doing this out of spite [to our ex], but no,’ Roberts added 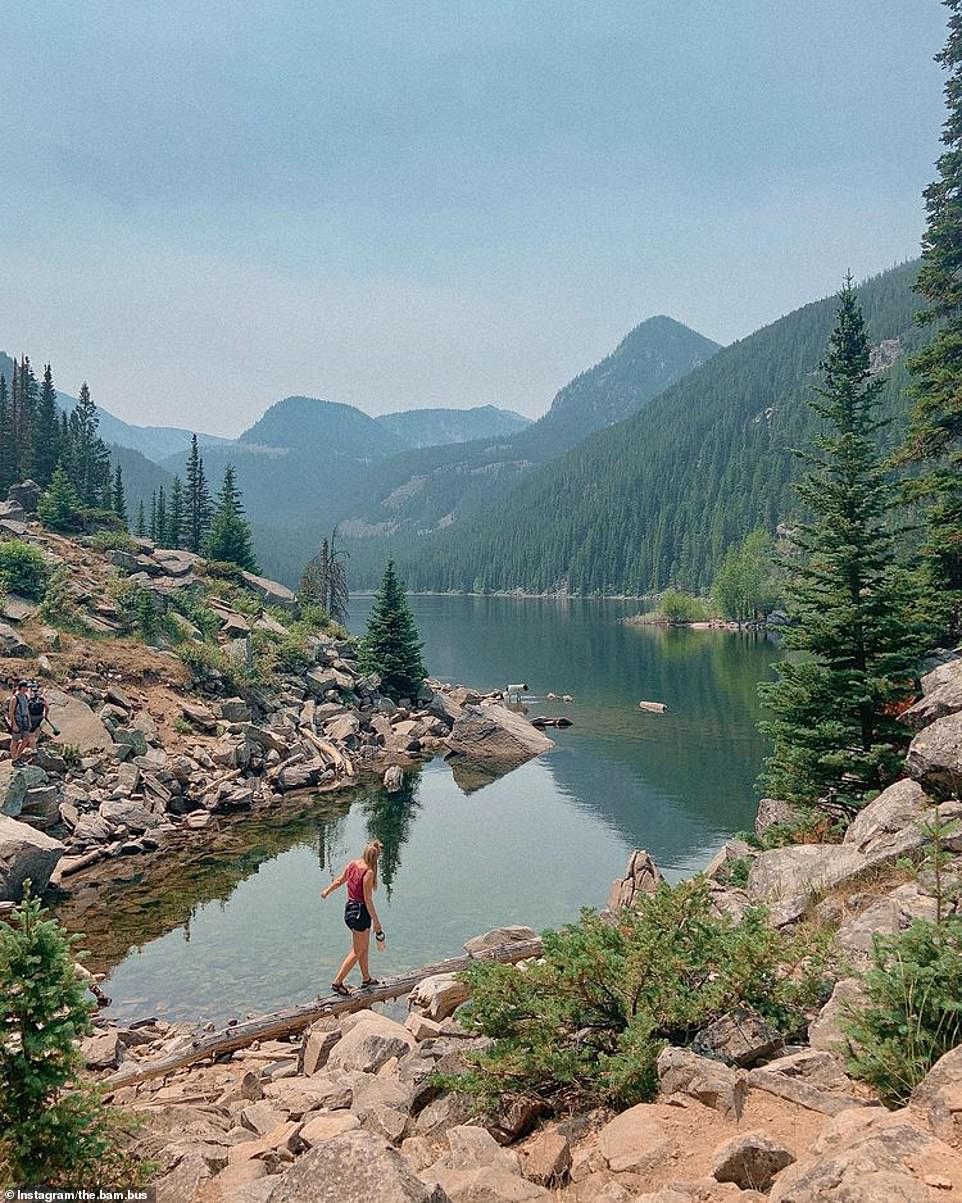 ‘This is very authentically us following our dreams and taking opportunities and we’re excited about it. What we’re doing is so not for revenge,’ she said

‘We’re winging it a little bit,’ said Tabor. ‘Like we have a rough draft route, but we’re open to not following it. Kind of just opportunities and people we meet, we’ll go from there.’

Right now they’re spending time hiking in Bozeman, Montana, and have been documenting their travels on Instagram.

‘I think more than anything this was some sort of weird blessing,’ King told the Tribune.

‘I think sometimes, at face value, a lot of people think we’re just doing this out of spite [to our ex], but no,’ Roberts added.

‘This is very authentically us following our dreams and taking opportunities and we’re excited about it. What we’re doing is so not for revenge.’