by souhaib
in Business
0 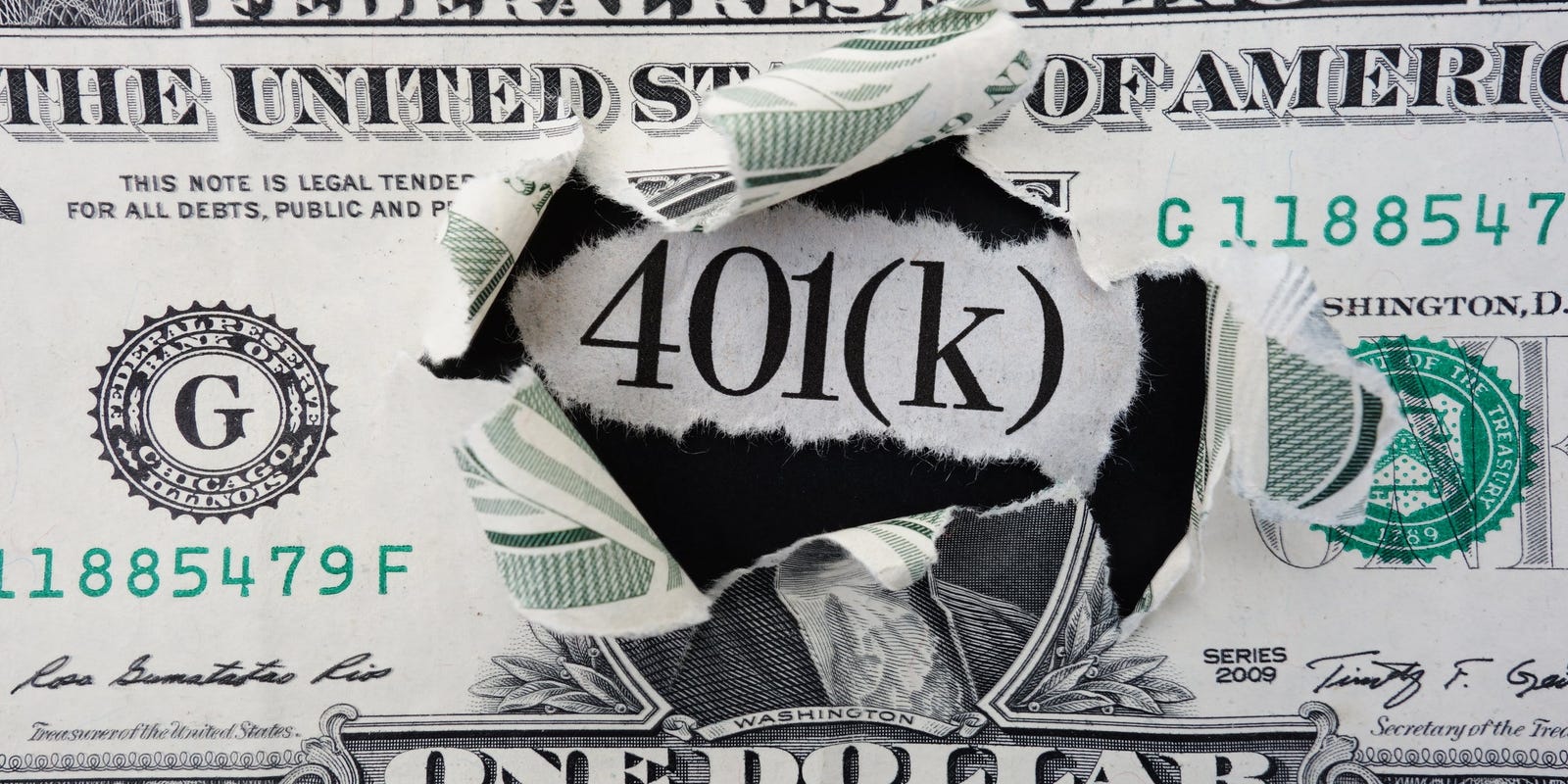 
During a steamy summer when TikTok video clips can go viral, one wouldn’t imagine that the 401(k) could morph into a trending topic.

And yet, here we are. President Donald Trump tweeted on July 6 that your 401(k) and stocks could “disintegrate and disappear” if he doesn’t win on Nov. 3. On July 21, we were told basically that 401(k)s aren’t worth much anyway as Bloomberg ran this racy op-ed titled: “401(k) Plans No Longer Make Much Sense for Savers.”

Both triggered a mix of outright anger and some actual applause.

What’s odd is that we’re talking about 401(k)s at a time when the COVID-19 pandemic set off the sharpest economic pullback in modern history during the second quarter. Many people would be thrilled to be working and able to save anything, let alone a few dollars for retirement. Why grumble about a 401(k) when so much is so unstable?

Quirky headlines that tell people that 401(k) plans don’t make sense fuel that sense of hopelessness that many already have about their financial picture.

And the risk is that many people will only read what’s on their Twitter feed.

Retirement: Workers are underestimating how much income they need

Investing: How to get your spouse on board

Ditch saving entirely in a 401(k)? I’d upfront say it’s a ridiculous strategy for many workers of all ages. Maybe about as off base as putting no money down on a house.

Really, how much sense does it make to quit saving in a 401(k) when no one will care about how you cover your rent or groceries when you hit age 65 or 70?

Delaying retirement and working longer in life aren’t always realistic options, no matter how often some experts suggest that’s the solution to a retirement crisis. Ageism, many boomers will tell you, is as much a hazard to your wealth as COVID-19.

All 401(k) plans aren’t the same. Some offer a bigger contribution from the employer. Some have a lower overall fee structure; others have higher fees. Everyone doesn’t pay the exact same fees for the plan because individuals can pick higher cost or lower cost investment options, too.

Aaron Brown, author of the Bloomberg piece, told me in a phone interview Thursday that he heard from a lot of baby boomers who were passionately against his commentary and love their 401(k)s.

“For a lot of people, I was spitting on the American flag,” Brown told me.

Brown, who is retired, said he too did quite well saving for decades in his 401(k) plan. But he argues that misses the point of his piece, which is that the country needs to stop treating the 401(k) as a sacred cow.

He’s particularly concerned about how the rules have changed so that those who have modest incomes won’t see the benefits that their parents saw.

“Median wage earners today are not going to enjoy that kind of return,” he said.

He’d like to see 401(k) plans fixed, including making withdrawals from a traditional 401(k) in retirement tax free for those households that are below the median income. He also would like to see the payroll tax cut or eliminated to help lower-wage workers save more on their own.

If repairs aren’t made, Brown warns there could be a major disaster in the future, “a return to the pre-1930s situation when most old people lived in poverty.”

Yet the 401(k) isn’t worthless now, and even Brown acknowledged that in our conversations.

Brown told me via email that many critics pointed out correctly that only a small group of people whose 401(k)s are so bad should opt out of saving in a 401(k) entirely. His column does not say this.

He told me via email: “Only in a few of the worst cases — low wage worker, no employer match, high fee plan with bad options — should an individual opt out in favor of self-directed plans.”

His column states: “We have been slowly raising the temperatures on 401(k)s for 40 years, and we’re nearing the point that they no longer make sense for workers, except those fortunate enough to be offered the best plans or good employer matches.”

While saving some money may be better than not saving, Brown told me, it’s not going to be enough to fund retirement for those of modest means.

“The real answer is I don’t think they can solve the problem themselves,” Brown told me.

Did you company stop giving a match?

It is true that the 401(k) may no longer be as attractive for some savers as it was last summer.

The Bloomberg piece by Brown doesn’t mention a trend that I reported earlier. Some employers in hard-hit industries temporarily have eliminated the company’s matching contributions for savers after the pandemic upended once favorable business forecasts. So the so-called “free money” that you always want to grab may temporarily be gone.

If you’re no longer receiving a match, it’s still a good idea to keep saving 6% or so for retirement, according to David M. Blanchett, head of retirement research for Morningstar Investment Management in Chicago.

Beyond that 6% or so, he said, it might make sense to put extra money toward something else, like higher interest rate debt, especially if there’s no employer match.

Do you know the fees you’re paying?

Blanchett is highly critical of the anti-401(k) argument made by Brown, which takes issue with high fees in some plans and some employers who offer 401(k)s with fees “stuck around the 3.5% level.”

While Blanchett acknowledges that some plans are highly expensive, he maintains that many others are being offered at low cost.

Most participants in 401(k) plans are in very large plans, which tend to have incredibly lower fees, Blanchett said. The Walmart 401(k) plan, for example, has 1.66 million participants, he said.

Does the tax savings add up?

If you turn 70 and a half in 2020 or later, you will be required to take out minimum distributions at age 72.

Brown —  former managing director and head of financial market research at AQR Capital Management and author of “The Poker Face of Wall Street” — raises some important questions, though, about the course of tax laws in the past 40 years.

For a median-income married couple with two children, Brown points out, the marginal federal income tax rate was 43% in 1980, compared with 12% today.

While the numbers seem straightforward, the marginal federal tax rates are complex to calculate. Some maintain that the 43% rate being used for 1980 seems high.

I reached out to the Tax Foundation for their calculations, which also puts that 43% in question.

Garrett Watson, senior policy analyst for the Tax Foundation, said that according to the Census Bureau, the median income for a family of four was about $23,400 in 1980.

And that would correspond with a 28% federal income tax bracket in 1980 for married couples filing jointly after taking the standard $3,400 deduction then.

Brown, who said he used Internal Revenue Service data for wage earners, told me he had heard from some critics who took issue with his tax rate comparison.

Whatever the number, he said, “marginal tax rates have declined dramatically for the broad middle group of wage earners since 1980.”

“The tax benefit of a 401(k) has fallen dramatically, even if we can’t all agree on exactly how much.”

The Tax Cuts and Jobs Act of 2017 reduced tax rates for federal income taxes, as well.

“I do not believe that putting money into a 401(k) is of little or no benefit,” said George W. Smith, a CPA with Andrews Hooper Pavlik in Southfield.

“Add to it cumulative earnings over time and to me it’s a no-brainer,” Smith said.

How well you do, of course, will depend on how you invest. You don’t want to get stuck holding all or even most of your 401(k) in your own company’s stock.

How well you do will depend on how well you pay attention to the fees associated with the investments that you select in a plan. Low-fee options still exist, and you could find more than you did in the past.

Brown says one  “easy change is to allow workers to roll 401(k) funds over to self-directed IRAs at any time.” You can do that when you leave a job and some limited cases if the employer allows you to opt out when working.

But you’re not guaranteed, of course, that you’d end up with lower-cost options in a self-directed IRA. You’d have to take time to understand those fee,s too. And there is a risk that you could end up paying dearly if you get high-cost advice after making such a move.

And you never want to overlook the employer-matching contribution.

“The employer contribution is still valuable, with a 100% match worth 2.3% per year in extra return over 30 years, but this has nothing to do with the 401(k) structure,” Brown wrote in his column.

What’s unsettling about reading a Twitter feed to get your financial advice, of course, is that you might not dig beyond the gotcha headline to find out if taking action really makes much sense for you. 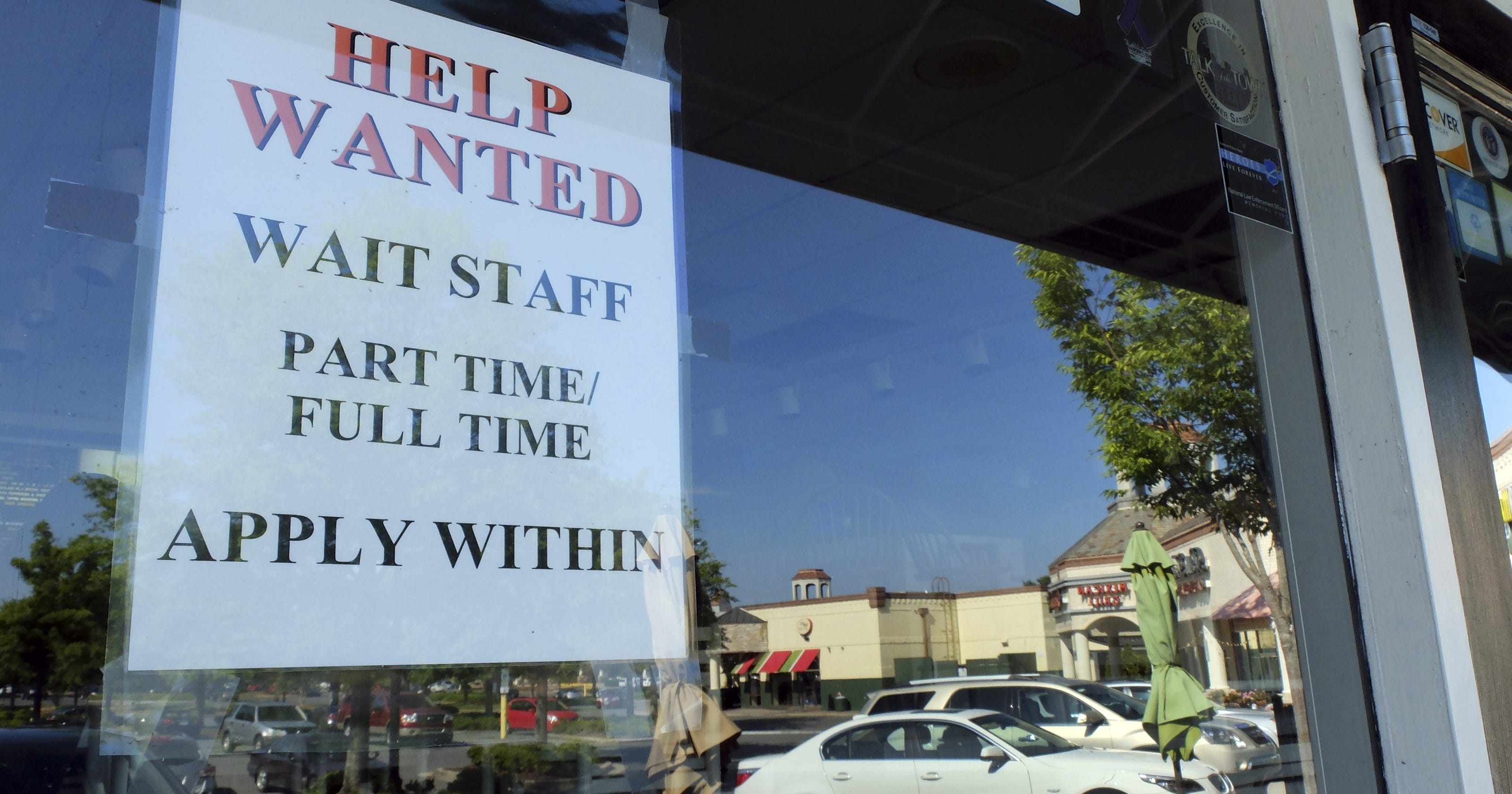 1.8M jobs added as some states reopen, others throttle back

Aggregators are responsible for 20% of ETH DEX volume

Is it safe to go to a pool, the beach or a park? A doctor offers guidance as coronavirus distancing measures lifted

10,000 to lose their jobs at British Airways in scramble to cut costs

The best cars made in Britain – from supercars to runarounds