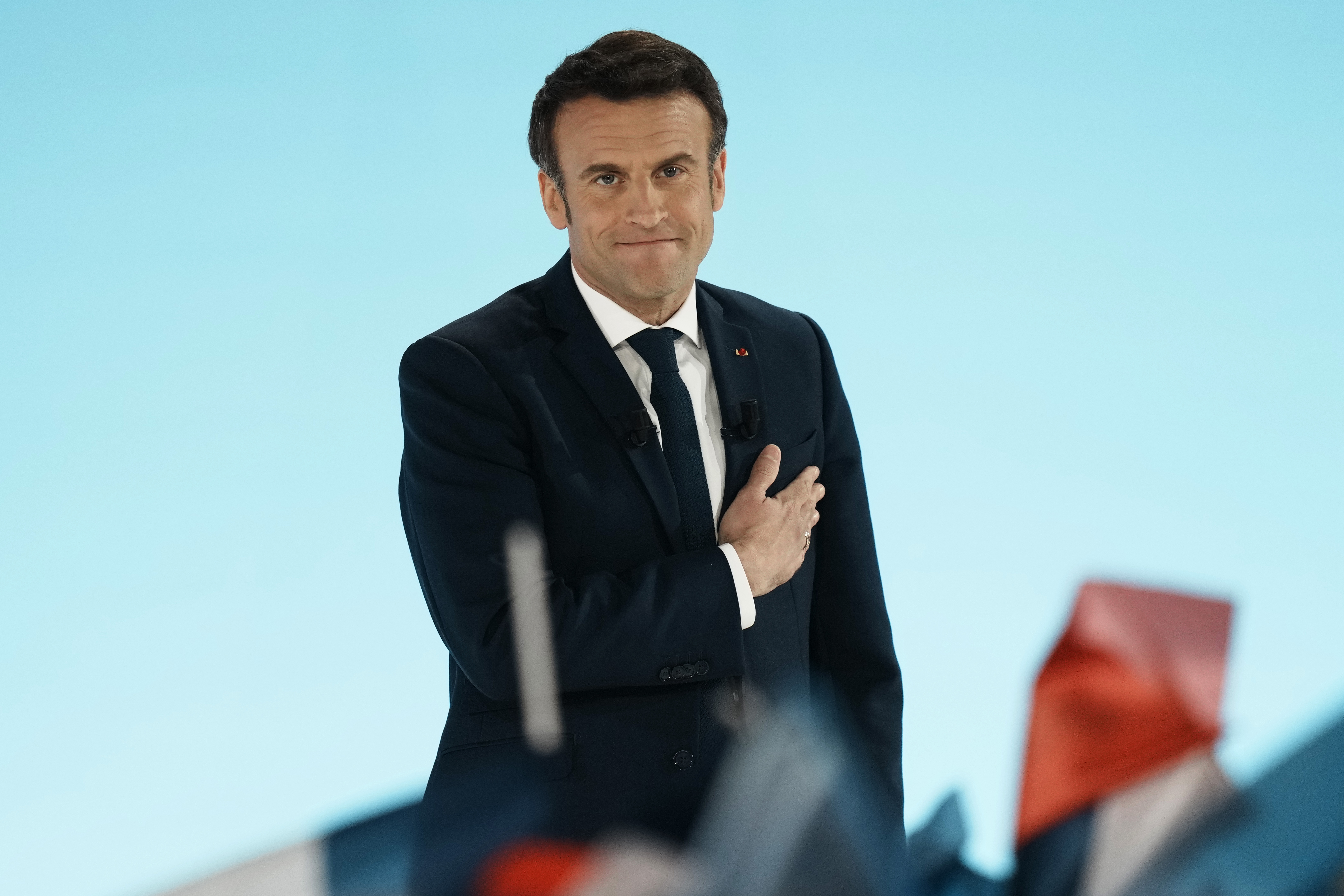 PARIS —  French President Emmanuel Macron took first place, ahead of far-right leader Marine Le Pen, in the first round of France’s presidential election on Sunday, but he is on course for a far closer second-round clash than five years ago.

While polling suggests Macron should retain the presidency in two weeks, first round results show the incumbent can’t rest on his laurels.

Le Pen will be able to count on voters from far-right TV-pundit-turned-politician Eric Zemmour, who called on his supporters to back her on April 24. Meanwhile, leftist firebrand Jean-Luc Mélenchon fared better than expected and brings a heavy dose of uncertainty to the mix as his voters are a diverse bunch. Many are likely to abstain in the second round, while others will divide up between the French president and Le Pen.

Here are five takeaways from the presidential election’s first round:

France’s repeat of the 2017 run-off confirms Macron’s and Le Pen’s own political analysis: That the divide between the left and the right is no longer relevant in France and has been replaced by an opposition between a mainstream bloc that is pro-European and open to the outside world on one side, and nationalists on the other.

Both candidates scored higher than five years ago, leaving the traditional right and left in an even more shambolic state than before. Macron went from 24 percent in 2017 in the first round to 27.6 percent Sunday and Le Pen went from 21.3 percent to 23.4 percent.

The gap between them is higher than last time around, showing that Macron has managed to drum up the most votes despite controversies in the campaign’s last mile, including over the state’s overuse of consulting firms. But the far right bloc — Marine Le Pen, Eric Zemmour and nationalist Nicolas Dupont-Aignan combined — garnered than 30 percent of the total vote.

Zemmour, a 63-year-old TV pundit-turned-politician, was once tipped to come second behind Macron, back in October. But he plummeted spectacularly in the polls after suffering from a perceived lack of credibility as the Ukraine war started and former comments praising Russian President Vladimir Putin resurfaced. He scored a measly 7 percent.

Despite their bitter and unrelenting fighting throughout the campaign, he swiftly endorsed Marine Le Pen.

“I have disagreements with Marine Le Pen,” Zemmour said at his concession speech Sunday, “but there is a man facing Marine Le Pen who has let in 2 million immigrants … who would therefore do worse if he were re-elected — it is for this reason that I call on my voters to vote for Marine Le Pen.”

Whether that means there will be a longer-term far-right alliance is an open question. Nicolas Bay and Gilbert Collard — two MEPs who left Le Pen’s party to join Zemmour — didn’t endorse a possible alliance with Le Pen, in case she wins the second round.

3. Mélenchon, last man standing on the left and surprise outperformer

Jean-Luc Mélenchon, who came a strong, very close third in the election with about 22 percent of the vote, managed to sweep up most of the country’s left-leaning votes. He is the first round’s biggest surprise — although pollsters picked up on his rise in the past few weeks, he wasn’t expected to come in so close on the heels of Le Pen.

In the past few weeks, he rose in the polls and ultimately benefited from being perceived as the only viable candidate on the left. Other left-leaning candidates including Communist Fabien Roussel and the Greens’ Yannick Jadot ended up faring lower than expected.

His voters are expected to play a key role in the second round. “You should not give any vote to Madame Le Pen,” he repeated three times during his concession speech on Sunday. He however did not call specifically for a vote in Macron’s favor —  leaving his electorate with a choice between not voting and backing the French president.

Almost half of Mélenchon voters could abstain in the second round, a poll by Ifop on Sunday predicts, while the rest is expected to split between Macron and Le Pen.

This presidential election has completed what Macron started in 2017: Former ruling parties — the Socialist party and conservative Les Républicains — are now damaged for good and it’s hard to see how they could recover.

Valérie Pécresse, who represented Les Républicains, scored below 5 percent, according to projections. This is a double embarrassment: It is not only the lowest result for her party in its history, but it also means that Les Républicains potentially won’t get their campaign expenses reimbursed — as parties need to reach the 5 percent threshold to get their money back.

Long-running divisions were also made clear shortly after the results, as Pécresse said she would vote for Macron while her right-wing internal rival Eric Ciotti said he wouldn’t.

Abstention rates were certainly high — but not as high as expected.

Abstention is estimated at around 26 percent by Ipsos. That’s more than 2017, when 77 percent of people eligible to vote cast their ballot, and 23 percent stayed home.

However, the abstention rate is lower than 2002. Two decades ago, nearly 28.5 percent of French people decided to stay at home, which helped Jean-Marie Le Pen, Marine’s father, make it to the second round for the first time.

The result defies some pollsters, who had predicted a record 30 percent of eligible voters would not bother to cast their ballot.

Macron vs. Le Pen, again, for president of France