New laws and fines at a glance:

Police will be allowed to dish out £4,000 fines to people who ‘recklessly’ breach their self-isolation under new rules sneaked out by ministers overnight.

Pubs and other venues in England are also banned from playing loud music or allowing singing or dancing under sweeping new coronavirus legislation quietly introduced today.

People who refuse to self-isolate can also be fined up to £10,000 if they consistently refuse to stay at home under sweeping new powers put in place by ministers.

And Boris Johnson‘s administration has also introduced a £1,000 fine for those who maliciously force people into isolation by falsely telling authorities that they could have come into contact with the virus.

This means that people taking a dark revenge on an ex-partner or a terrible boss by forcing them to stay at home face being hit in the wallet if discovered.

There are also fines for people who try to go into work when they should be in isolation and who fail to tell their employer about their situation.

But the laws also say you are allowed to break self-isolation, with reasons that are acceptable including taking a pet to the vet.

The manner in which these fines have been introduced without a vote sparked a furious backlash from Tory backbenchers already unhappy at the way ministers are freelancing new legislation without scrutiny from Parliament.

Tory former minister Steve Baker likened some of the Government’s coronavirus restrictions to George Orwell’s dystopian novel 1984, specifically referencing a ban on singing and dancing in bars, cafes and restaurants.

Health Secretary Matt Hancock told the Commons this afternoon he has agreed to hold a further meeting with a Tory MP leading a rebellion over Parliament’s ability to scrutinise Government-imposed coronavirus restrictions.

Mr Hancock told MPs: ‘I welcome the scrutiny that this House gives. I have answered seven urgent questions, given 12 statements and taken 800 interventions since the start of this pandemic and I am committed to continuing to the engagement.’

But former chief whip Mark Harper interrupted him to say: ‘But it’s not just about scrutiny, it’s about the laws we’re making and the ones that for example came in at midnight tonight, with 12 pages of detailed laws, lots of detail and criminal offences and duties not mentioned when they were set out in a statement last week, including duties on employers, directors and officers with serious criminal penalties. 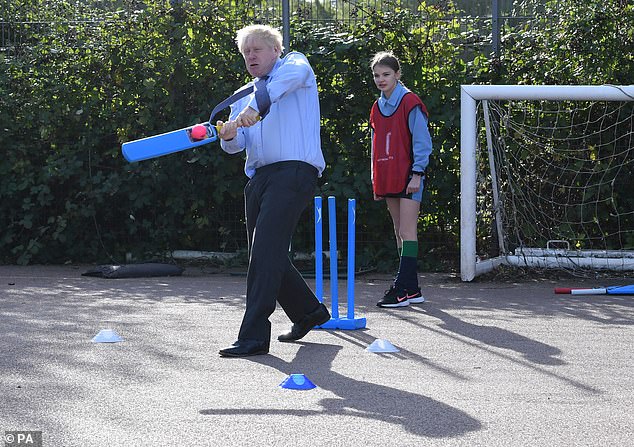 Boris Johnson (pictured today) has introduced a £1,000 for those who maliciously force other people into isolation by making false claims to authorities that they could have come into contact with the virus 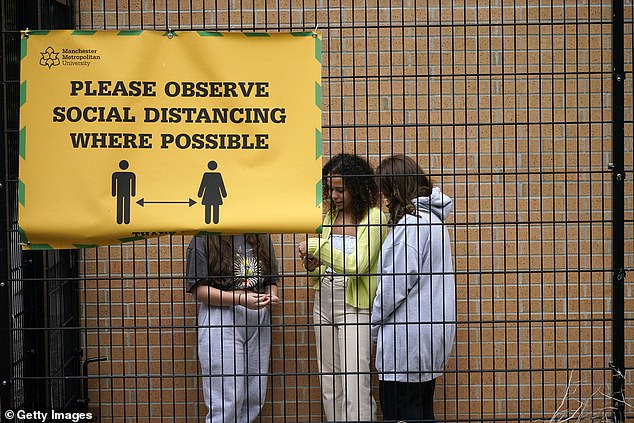 The wide-ranging laws and the list of punishments were revealed in legal documents and came into force on Monday.

The legislation released today lists acceptable reasons for breaching your own self-isolation.

As well as threatening five-figure sums for spurious breaches, there is a vast swathes of acceptable excuses that can be given.

Medical care is one perhaps obvious reason. The rules set out that this can be either ‘required urgently’ or as a referral from a GP for less emergency treatment.

Animal owners are also allowed to take their pets or working animals for treatment ‘where this is required urgently or on the advice of a veterinary surgeon’.

Legal duties are also permissible, such as being required to attend a court case or other legal proceeding, or to answer bail.

Another reason given is ‘to avoid a risk of harm’ – for example if your home is on fire you will not be breaking the rules if you flee in terror.

You can also attend a funeral of a ‘close family member’ and to obtain ‘basic necessities’ like food and medication for people in your home – including pets – if there is no other way you can get hold of them.

‘That’s why we need to scrutinise the detail of the legislation before it comes into force and give our assent to it, not I’m afraid just allow him to do so by decree.’

Mr Hancock replied: ‘Well of course sometimes in this pandemic we have to move fast, sometimes we have had to move fast and we may need to again. The challenge we have in this House is how to ensure proper scrutiny whilst also being able, when necessary, to move fast in response to the virus. That is the challenge that collectively we all face.’

‘I hope and expect we will reach a satisfactory agreement,’ he added.

The wide-ranging laws and the list of punishments were revealed in legal documents and came into force on Monday.

Now, by law, people in England must self-isolate if they test positive for coronavirus, or are contacted by the test and trace service, or face fines starting from £1,000, rising to £10,000 for a fourth offence.

But the fines start at £4,000 for people who additionally are found to have ‘recklessly’ breach their own self-isolation.

For example, going into an office or crowded place when you know this could put people at risk after being told to self-isolate.

The Prime Minister’s official spokesman said: ‘We know that the vast majority of people want to do the right thing.

‘What we are setting out is that those who recklessly take risks with the health of their friends, families and communities should expect this to be taken seriously.’

Those who test positive must do so for 10 days after displaying symptoms, or from their test date if they are asymptomatic, while members of their household must isolate for 14 days.

Meanwhile it emerged that separate laws, which also came into force on Monday, ban pubs, bars, restaurants and cafes from playing music which exceeds 85 decibels, although live performances are exempt.

The same rules also say that pub landlords or those who run other venues like hotel bars, restaurants and members clubs, must take ‘all reasonable measures’ to stop singing on the premises by customers in groups of more than six, and dancing.

Wedding ceremonies and receptions are exempt from the rule.

A landowner has been fined £10,000 for breaching coronavirus regulations after reports that up to 300 people attended a wedding at a farm.

Police were called to the celebration on land at Scarecrow Farm, on Whitehall Road, New Farnley, Leeds, on Saturday – the same day extra lockdown measures were imposed on the city.

Officers found a large number of people and loud music around a marquee in woods, two industrial-sized generators, and vehicles continuing to enter the site.

A 49-year-old man was identified as being one of the landowners and was reported for summons for holding a gathering of more than 30 people in breach of coronavirus legislation.

West Yorkshire Police said they began receiving calls between 5pm and 6pm on Saturday reporting that between 100 and 300 people were attending the event, with one caller reporting that a fight had broken out.

The self-isolation rules show there is a £4,000 first-time fine for those who are ‘reckless’ by coming into contact with others when they know they should be self-isolating.

For example, going into an office or crowded place when you know this could put people at risk after being told to self-isolate.

The Prime Minister’s official spokesman said: ‘We know that the vast majority of people want to do the right thing.

‘What we are setting out is that those who recklessly take risks with the health of their friends, families and communities should expect this to be taken seriously.’

Staff also face a £50 fine for failing to tell their employer they have to self-isolate.

The rules also prohibit an employer from allowing staff to attend any place of work, or anywhere connected to their work, while they are having to self-isolate.

Employers must not knowingly allow people to go into work if they know they have to self-isolate.

Police will be carrying out spot checks in ‘high incidence areas’ and on ‘high-risk groups’ based on ‘local intelligence’, the Department of Health and Social Care said.

Those on low incomes who cannot work from home, and have lost income as a result, will also be eligible for a new £500 test and trace support payment, the department added.

Mr Hancock faced criticism when he spoke in the Commons this afternoon.

Conservative former minister Chris Grayling said he understood decisions had to be taken quickly, adding: ‘But when it comes to new national measures, and many of us represent areas where the incidence of the virus remains very low, in the southern part of my constituency in that district there were no cases last week.

‘Before we embark upon measures that affect everyone, as opposed to firefighting in individual areas, it is really important that this House has the chance to really scrutinise and hold to account and challenge – we know he wants to do the right thing, we want to help him do the right thing.’

Mr Hancock replied: ‘Help like that is always very welcome. What I can say is we want to ensure that the House can be properly involved in this process whilst also allowing the whole nation to move fast where that’s necessary.’

He added: ‘I welcome the rightful recognition that sometimes we do we have to decide at pace, this is an unprecedented situation and the truth is that the secondary legislation procedures were not themselves designed for a situation like this.

‘The question is how we can have the appropriate level of scrutiny whilst also making sure that we can move fast where that is necessary.’