The authorities in the British city of Bristol issued a decision prohibiting organizers of entertainment festivals from offering golden ornamental fish as incentive gifts and prizes to visitors. Which continued for years, claiming to be classified as a form of cruelty to animals, according to the website BBC Most of these fish die within a few hours of arriving at visitors’ homes, a behavior that violates animal rights principles. 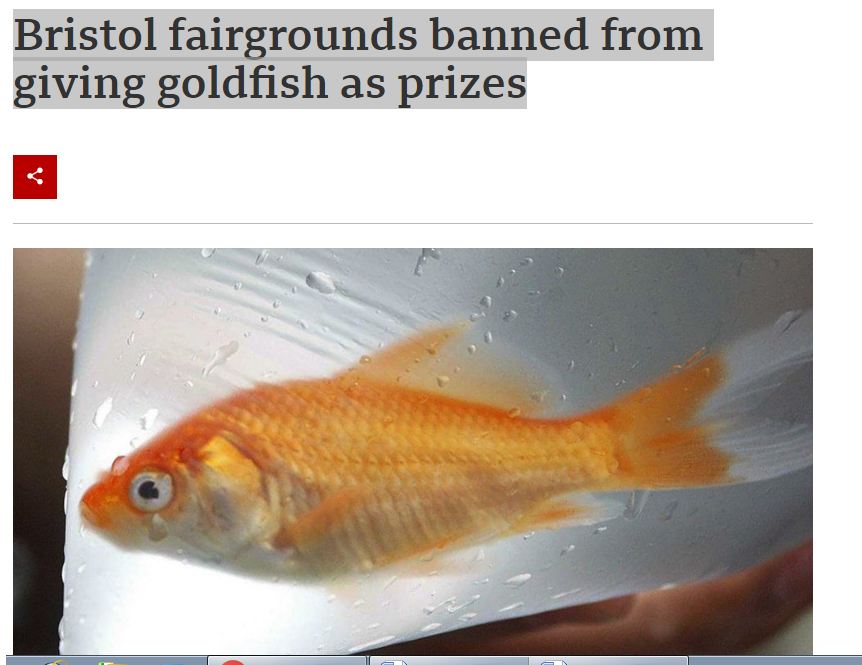 The charity concerned with animal protection says that the homes that small ornamental fish reach after being distributed in festivals are not sufficiently equipped to meet the appropriate environment for ornamental fish to live.

Bristol City Council and Mayor Marvin Reese received the bill from Conservative council member Jonathan Hooker, and Hooker said a family of small fish died of trauma or abuse within a few hours of arriving in their new homes.

“The mayor may not have been aware of this national campaign, but I’m sure he agrees that this business practice is totally unacceptable in this era,” he explained.

He added that using animals as prizes and gifts does not respect their species and is a bad exploitation of them, in addition to being deducted from their luxuries and their right to lead a normal life.