A Detailed Guide On What is Altcoin, Trading Altcoins & List of Altcoins

As the Bitcoin trend is emerging, I’m pretty much sure that you must have heard about Cryptocurrencies and Altcoins. You might have heard in the news or through some websites or you just explored it by yourself. Maybe you don’t know where to start with or how to use it.

No worries!! Here is the detailed step by step guide, specifically for you. As you will get everything right from the initial setup to buying your first coins.

In this article, we will cover all these topics and provide you the complete guide to the altcoin, Let us look into this review in detail now,

Altcoins are similar to Bitcoin. They are cryptocurrencies that use a technology called blockchain that allows secure peer-to-peer transactions. Altcoins build on the success of Bitcoin by slightly changing the rules to appeal to different users.

According to CoinMarketCap, there are nearly 5,400 cryptocurrencies on the market, and none of them have managed to take over Bitcoin’s leading position since the inception of the digital asset industry.

The Brief History of Altcoins

While Namecoin was the first digital asset after Bitcoin, its position as the second-largest cryptocurrency was soon taken by other altcoins. One of them is Litecoin (LTC), a cryptocurrency that is very similar to Bitcoin.

In August 2013, Ripple (XRP) joined the ranks of cryptocurrencies. Then one of the important events in the history of altcoins was the birth of Ethereum in July 2015. Since then, thousands of new altcoins have appeared in the market, providing the crypto industry with new use-cases and innovative solutions.

What are the Different Types of Altcoins?

There are four different types of Altcoins which can be broadly described as follows:

2) Stablecoins: Many crypto projects have introduced their stable coin solutions, a cryptocurrency that has its value pegged to one or a basket of assets. The most common stablecoins are pegged to major fiat currencies like the USD or the EUR. Examples: Tether (USDT), DAI, Digix Gold (DGX).

3) NFT Tokens: Non-fungible tokens are used to generate verifiable digital scarcity, as well as digital ownership. It also brings the possibility of asset interoperability across multiple platforms, In many unique applications, NFTs are used that include distinctive digital objects such as crypto-art, crypto-collectibles and crypto-gaming.

3) Utility Tokens and Coins: Most altcoins are categorized as utility tokens. These digital assets grant specific rights to their users. When a business generates a utility token, it means that it effectively creates a type of a digital voucher that can be exchanged in the future. Unlike security tokens, utility tokens are not used as assets and if they are correctly set up, they may be exempted from the federal laws regulating securities. Utility tokens are often Ethereum-based altcoins that have been often issued with the ERC-20 standard during ICOs or IEOs. Examples: Status (SNT), Augur (REP), ASK.

4) Security Tokens: Security tokens are digital assets which derive their value from a tradable external asset. These are subject Federal laws that govern security. The security tokens are compulsory to comply with these regulations. Failure to comply will have significant implications, such as sanctions and the possible systemic failure of the project’s progress. Examples: Blockchain Capital (BCAP), 22x Fund (22X)

1) Monero: It is generally regarded as a secure, private, and untraceable currency. The claim made by its creators is that all Monero remains fungible. This means that any given Monero coin is indistinguishable from the others. As a result, Monero that is blacklisted by exchanges or vendors is not locked out of the blockchain. In fact, the only way to keep Monero from being used is to sink it into burner wallets, which hold the coins and do not allow their use in further transactions.

2) Ethereum: Ethereum itself is not a currency, it is a distributed network. It was described first in 2013 by Vitalik Buterin. Ether is the currency fuelling that network that is used to store value, which may be attached to so-called smart contracts. These contracts are digital agreements, stored on the blockchain, which allow a variety of services to be exchanged for Ether.

3) Dash: Dash has been previously known as DarkCoin and XCoin. It was initially launched on January 18, 2014 (as XCoin), its name was changed to DarkCoin later. The coin was finally renamed to Dash (Digital Cash) on March 25, 2015. The currency offers the same basic functionality as Bitcoin, alongside instant transactions, private transactions, and decentralized governance.

4) Litecoin: It has been referred to as the silver to Bitcoin’s gold. It is a smaller denomination currency, initially launched in 2011. Litecoin was developed by Charlie Lee, a former Google employee.

5) Ripple: Ripple came into existence in the year 2012 with the aim to help authorities and not to substitute them. It also aims to do for payments what SMTP did for email, which enables the systems of different financial institutions to communicate directly.

Where Can You Buy Altcoins?

The easiest way to purchase altcoins is by utilizing a cryptocurrency exchange’s services. You can purchase BTC and a great share of major bitcoins via bank transfers or credit cards.

On the other hand, if you want to buy altcoins with smaller market caps, you have to first exchange your fiat currency into major crypto (preferably ETH or BTC). Then you need to transfer your crypto to an altcoin exchange that supports the coin you want to purchase.

How to Buy Altcoins?

Step 1: The first step to buy altcoins is to register an account at a reputable crypto exchange where you can exchange fiat currency to digital assets.

Step 2: The next step is to buy crypto using Fiat Currency. As soon as the exchange has verified your documents, you can start trading on the platform.

Step 3: After you have your crypto ready, the next step is to register an account and verify it at an altcoin exchange. The process should be identical or very similar to fiat-to-crypto exchanges.

Step 4: When your coins have been transferred to your wallet, it is time to exchange them to your altcoin of choice. Head to the trading platform of the exchange and choose your preferred altcoin-major crypto pair (e.g., ASK/ETH).

Step 5: After setting the number of coins you want to buy, execute the trade.

How to sell Altcoins?

Step 2: Identify a Pairing With Your Desired Fiat Currency

Step 3: Selecting a Coin to Convert With

Step 4: After identifying your most cost-effective pairing, you can exchange your altcoins for the cryptocurrency in your pairing

Step 5: Transferring to the Fiat Exchange

Step 6: On the fiat exchange, navigate to the pairing that has your coin and desired fiat currency. Sell Your Coins and Cash Out

Due to Bitcoin’s limitations, altcoins have appeared on the market with the ambitious goal of empowering the crypto space with more use-cases. To date, many successful altcoin projects have delivered value to crypto users.

For example, Ethereum supercharged its blockchain platform with smart contracts and DApps to provide new functionality to cryptocurrencies. As a result, Ethereum is one of the busiest blockchain networks, featuring nearly 900,000 transactions every day.

Due to Ethereum’s features, decentralized finance (DeFi), a fast-growing movement in the crypto space to create decentralized alternatives to traditional finance solutions has become a reality.

What is Altcoin season?

Alt season is a shortened version of the ‘altcoin season’ term. It is a type of market cycle for cryptocurrencies where altcoin prices rise relatively quickly. With or without the influence of the dollar value of Bitcoin, this price movement can occur.

The price success of altcoins often typically surpasses that of Bitcoin during this market period. The price of altcoins usually appears to be stable or very slow-moving. Once in a while, however, the value of all altcoins can rapidly increase within a short period of time.

The length of this demand cycle varies, spanning from a few days to several months. Many investors attempt to increase their gains during this period as a result of this uncertainty. The pace and extent of the price rise during the alt season often vary considerably.

Investing in legitimate altcoins often comes with a higher potential for greater profits for investors. However, compared to Bitcoin, altcoin investments usually bear increased risks since the Altcoins have much lower market capitalization than Bitcoin

Therefore in order to limit the risks, it is highly recommended to do some research before investing in an altcoin. 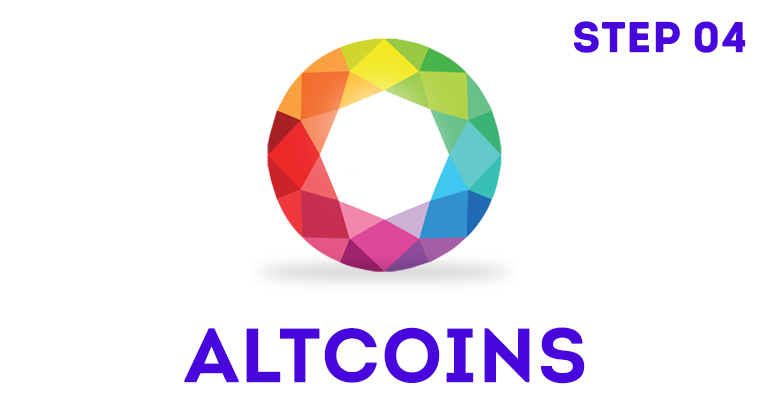 A Detailed Guide On What is Altcoin, Trading Altcoins & List of Altcoins

Altcoins or alternative coins are trending for months. Find out more about trading altcoins, altcoin price, list of altcoins and much more.

Cardano(ADA) Looking for a Breakout, A Scalp to $1.23 May be Extremely Possible! – Coinpedia – Fintech & Cryptocurreny News Media 2021

The Cardano(ADA) price had plateaued after falling down from a huge mountain. The top 6th crypto asset in recent times has accumulated significant gains and may continue surging...