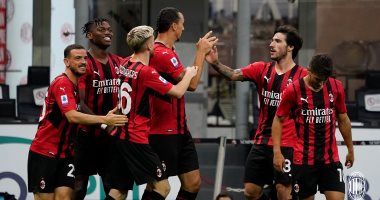 The Italian team AC Milan is a heavy guest against its counterpart Juventus, in the fiery confrontation hosted by the “Allianz Stadium”, at the top of the fourth round of the Italian League competition for the current season 2021-2022, which is scheduled to be held at nine o’clock in the evening, Sunday.

The Rossoneri will enter the summit tonight, led by coach Stefano Pioli, as he shares the top spot in the Italian league standings before the start of the matches of this round with the teams Roma and Naples, where they each have 9 points from 3 matches.

On the other hand, Juventus, the record holder in the number of titles in the Italian Serie A, occupies the sixteenth place in the standings this season, as Juve won one point from a total of 3 matches played in the competition.

While Milan coach Stefano Pioli revealed the absence of the strikers of the Swedish team, Zlatan Ibrahimovic and French Giroud, from facing his counterpart Juventus.

Pioli added in the match press conference: “Ibra will not be present against Juve because his fitness is not complete after the injury, while Giroud will not be called up as well because he suffered from lower back pain after the Liverpool match in the Champions League.”.

And he concluded: “I expect Milan to be better against Juve and more cautious than the Liverpool match.”