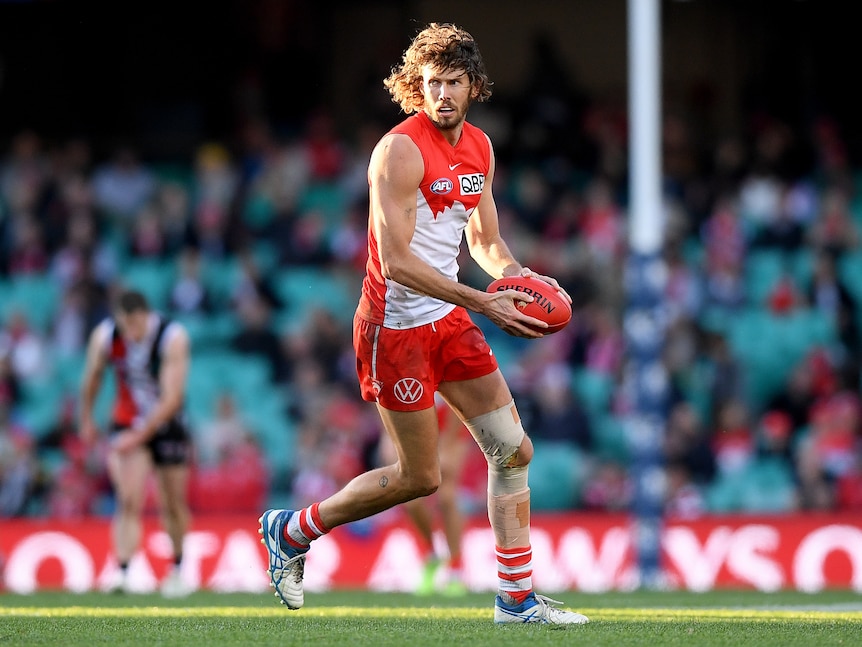 Footballers switching clubs is as old as the game itself. One of Australian football’s founding fathers, Tom Wills, played for Melbourne, Richmond and Geelong during his illustrious career.

One hundred and sixty years on, the obsession about off-season player movement has become a cottage industry, with AFL media bloviating about the tiniest crumbs of speculation.

That’s not to downplay the trade period’s importance to footy clubs and fans alike.

Five of the last 12 Brownlow medallists have won the award at their second club, with Lachie Neale the latest to do so.

It’s not just journeyman role players moving between clubs, but also true gamebreakers capable of turning around a club’s fortunes.

The players who found new homes last year are already creating a real impact at their new sides. Not all of them were already established stars.

Getting better on new ground

Every club, from premier to wooden spooner, is constantly analysing the strengths and weaknesses of not only its own list, but those of others.

Some teams might have one too many inside midfielders, or a surplus of key position defenders. Others may lack a ruck or a pressure forward.

To get something, you generally need to give up something in return. Some clubs have tighter links with others as well.

The Sydney Swans have been on the giving and receiving end of two of 2021’s most improved players.

The Swans have long had issues with their ruck depth. At the end of last year, they sought to address the problem by targeting a fringe West Coast player already well experienced in changing clubs.

Overall, about a quarter of AFL footballers have been employed by more than one club. But only one current player has played for four: Tom Hickey.

The Swans picked up Hickey for the nominal price of a couple of middling draft picks. With a clear path to becoming a first-choice ruck for maybe the first time in his lengthy career, the Queenslander has made the most of opportunities this season.

At age 30, Hickey is having a career year, registering highs in clearances, inside 50s and metres gained per game. His presence has improved the Swans’ ability to clear the ball out of the stoppages.

Hickey has also been able to provide a strong bailout target up the ground, providing a bit more space for the Swans’ creative ball users to weave their magic.

Hickey’s arrival came on the heels of the departure of one of Sydney’s makeshift rucks, Aliir Aliir, to Port Adelaide.

The former Swan has had a major influence on the side which missed out on last year’s Grand Final by just a goal.

While the Power’s defence last year was strong, it was often undersized when facing off against the largest tall forwards. While undersized as a ruck, Aliir’s 194cm frame, combined with his impressive speed and reach, has made him a formidable opponent for any forward.

So far, Port has toyed with setting up deeper down the ground at times, giving it another defensive string to its bow. Aliir has also provided the Power with not only a strong intercept defender, but a player who is increasingly able to be used to deliver the ball neatly out of the backline.

Hickey and Aliir are far from the only players to perform above expectations for their new clubs so far this year. Nick Hind, Lachie Young and Oleg Markov are among others who have excelled.

Not every off-season acquisition is an optimistic gamble. Sometimes they’re already well-established stars of the competition. As mentioned earlier, many of the AFL’s elite players have enjoyed immediate success after moving.

Last off-season, much of the focus was on where Adam Treloar and Jeremy Cameron would end up.

While injuries have hampered their availability for the Western Bulldogs and Geelong respectively this season, both have performed well when fit.

Not many players have endured such a tortuous trade period as that which Treloar lived through at the end of the 2020 season. Now at his third club, the former Collingwood and Giants midfielder has rebounded from a tough season to be a key factor in the Dogs’ climb up the ladder.

Treloar had become a critical link in the Bulldogs’ midfield group until he suffered a syndesmosis injury in May. His ability to not only win the hard ball on the inside but transition it inside 50 is crucial in the modern game. Although he is out for another six weeks, he could play a major role for the club come finals.

The same can be said for another former inaugural Giant, Jeremy Cameron. Few Geelong fans were too worried when it was revealed that injury would sideline their new recruit for at least the first month of the season. After all, the Cats made the Grand Final last year without him.

Since Cameron first donned the blue and white hoops, he has been electric. The Dartmoor product has managed to kick three goals per game so far this year — only the second time he’s done that in his career.

His arrival has helped open the Cats’ forward line. He’s fit in well alongside fellow powerhouse Tom Hawkins. Cameron does a lot of his best work a little way from goal, opening up space for his teammates. While the true impact of his move will likely be measured in the finals (and in years to come), the signs so far are promising.

Nathan Buckley says Collingwood's upset win over Melbourne was a "great way to finish" his tenure...