A large explosion in central Texas, USA, in a truck accident collision with a train loaded with coal and gasoline 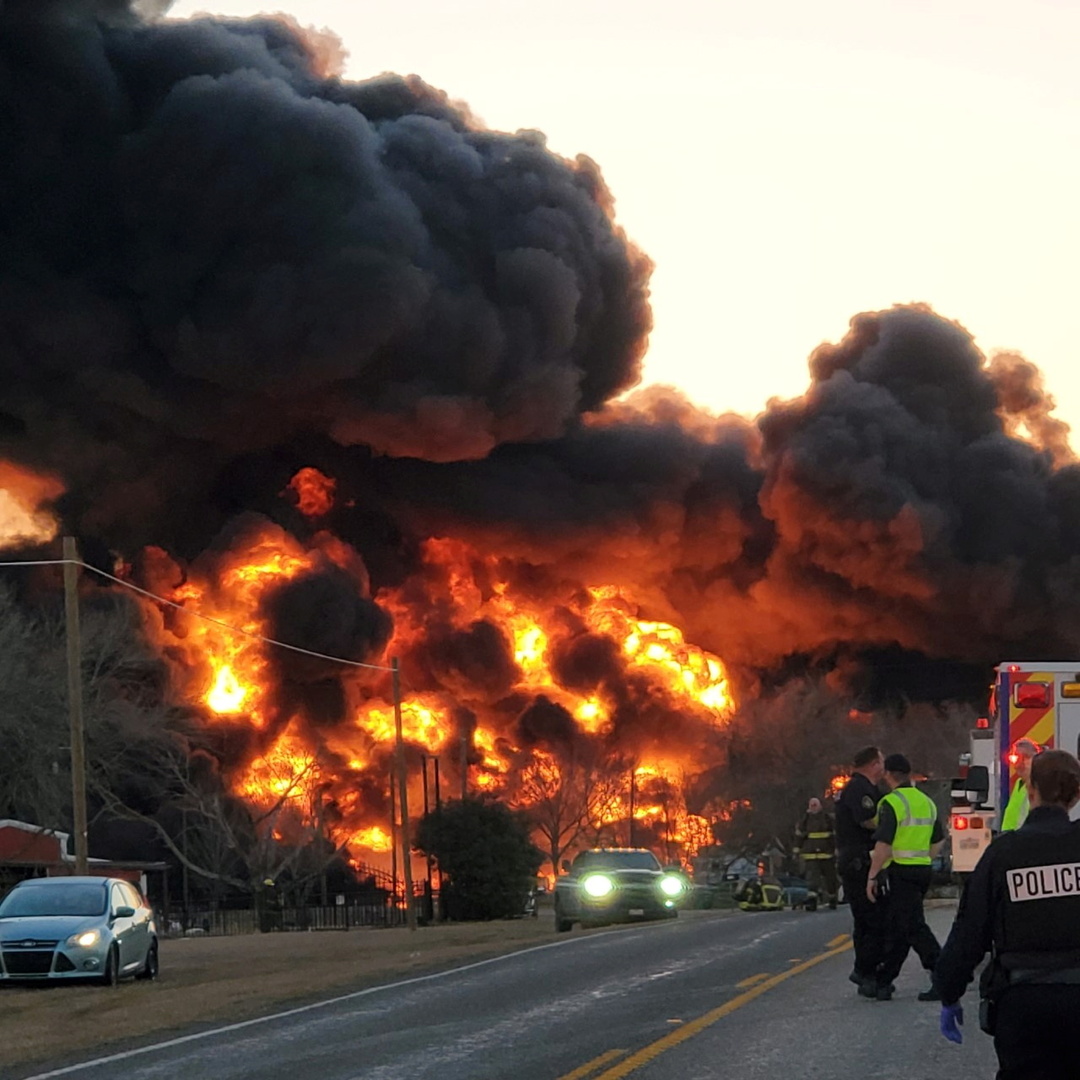 The American “ABC” network reported that a major explosion and fire occurred in downtown Texas, after a truck collided with a train loaded with coal and gasoline.

The authorities said that a “locomotive and trailer” and a freight train collided in Cameron, central Texas, causing a large explosion and fire. “

She added that “houses in the vicinity of the fire have been evacuated,” noting that “there have been no reports so far of injuries.”

Milam County Judge Steve Young confirmed that “the truck collided with the train, causing the derailment of 14 cars from the train.”

He added that “the rear part of the train contains dangerous materials, but they have not leaked,” noting that “there is no longer a threat at this stage.”