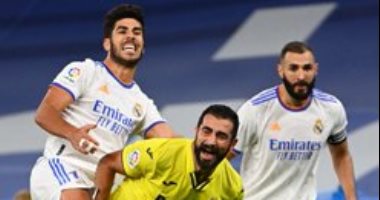 A goalless draw was decided in the first half of Real Madrid’s match against Villarreal, which the two teams are currently gathering at the “Santiago Bernabeu” stadium, the stronghold of the Royal Club, as part of the seventh round of the La Liga competition.

It is worth noting that Real Madrid is at the top of the Spanish League with 16 points, two points behind Atletico Madrid, the runner-up with 14 points, while Villarreal comes in 12th place with 7 points.