The Premier League are planning a renewed attempt to persuade FIFA to allow a ‘margin of error’ on the tight offsides that continue to plague the game.

Mike Riley, the head of Professional Game Match Officials Ltd (PGMOL), wants feedback from the Dutch FA after the Eredivisie ignored FIFA’s orders of zero tolerance on offsides and this season brought in a 10cm ‘linesman’s call’.

The system sees the VAR judge offsides using two 5cm lines and if they touch the final decision remains with the on-field officials. 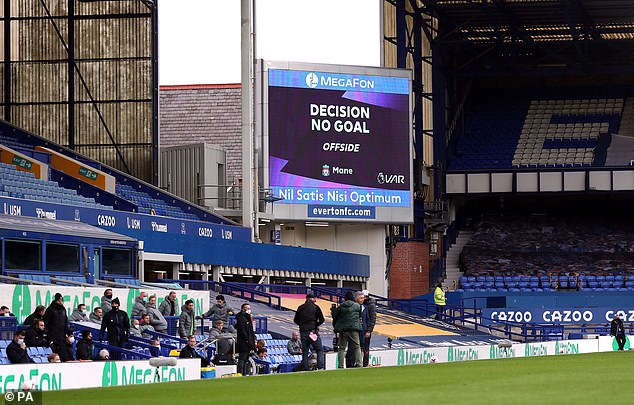 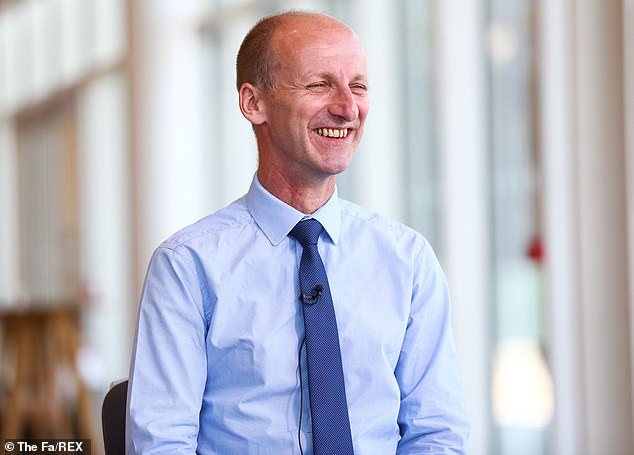 This was similar to the idea that Riley proposed to Premier League clubs in February, only for FIFA to tell them they would not support a tolerance level on offsides after they took over the VAR reins from the International FA Board (IFAB).

Pierluigi Collina, the head of the governing body’s referees’ committee has frequently made it clear:  ‘offside is offside’.

Fresh fury erupted last week after Liverpool’s stoppage-time winner in the Merseyside derby was ruled out when Sadio Mane’s shoulder was judged offside by a matter of centimetres, with an irate Jurgen Klopp saying the decisions were getting ‘harder and harder to take’.

The Premier League are keen to make a stand. But to do so they must submit a law change proposal to IFAB by next Sunday for it to be discussed at the annual business meeting later this year. Any change to the law would only be brought in for next season. 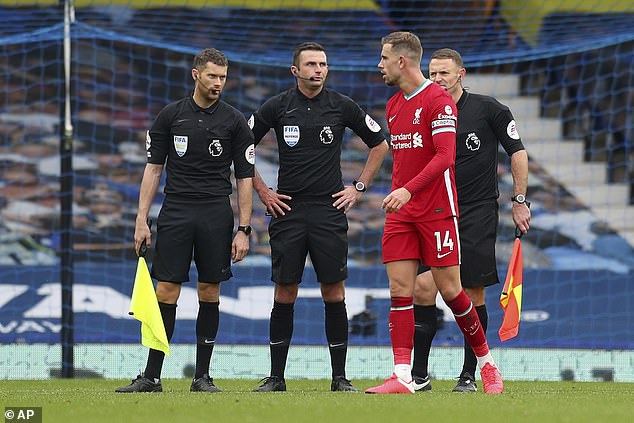 It is also expected that they will submit a proposal to the controversial handball law that states that a free-kick or penalty must be given, regardless of distance or intent, if the ball strikes an arm raised above the shoulder.

Offsides are expected to be on the IFAB agenda anyway, with Arsene Wenger, FIFA’s head of global football development, keen to bring inhis own rule where a player is onside as long as any part of their body that can score is level with the last defender.

While this would hand a huge advantage to the attacking team, it would still not eradicate the issue of poring over the offside line, judging by the millimetre. It would just move the magnifying glass from the shoulder to the heel.

Riley believes a margin of error, using thicker lines, would go a long way towards removing the controversy over marginal offsides. 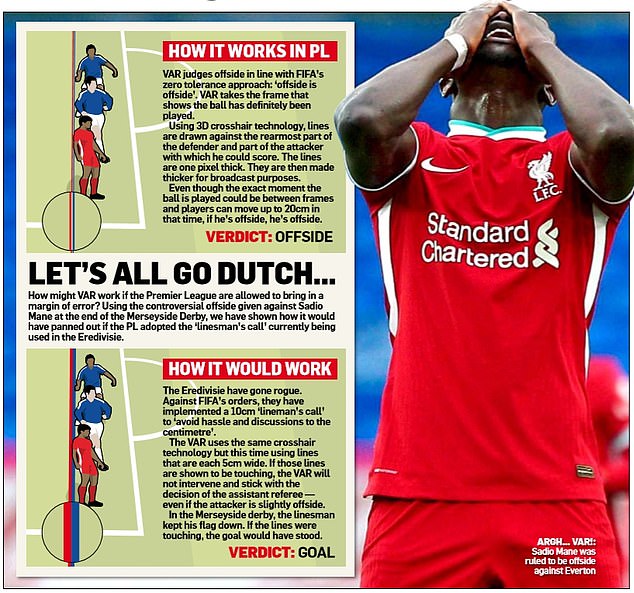 It is a belief shared by the Dutch FA (KNVB), whose spokesman told The Mail on Sunday: ‘We chose this solution to avoid hassle and discussions to the centimetre. We agreed  that if the lines touch each other, the difference is minimal and there is no reason for VAR to interfere. The decision made on the pitch remains intact. This works well.

‘It has been an operational decision by the Dutch league alone. It won’t be perfect but it’s a step forward. It’s progression.’

Had the Premier League been using the same margin of error, Jordan Henderson’s winner for Liverpool against Everton is likely to have stood with the lines touching.

Such a measure would still have its problems. Critics will argue that it would just result in officials agonising over whether the lines are a millimetre apart instead of ruling that Mane was a millimetre offside. 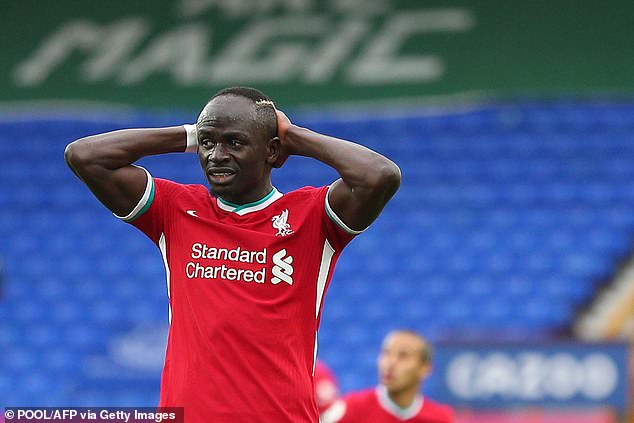 If the proposed line changes were made, VAR would have deemed Sadio Mane to be onside

There would still be marginal calls. It would also mean some incorrect decisions would be allowed to stand.

FC Twente had a goal ruled out against Groningen which was then showed to be just onside. Yet as the lines were touching, the linesman’s decision stood.

The feeling among Dutch fans is that the system feels more natural and it would allow the concept of attackers being ‘level’ with defenders to return.

It would also go some way to eradicate the issue, revealed by The Mail on Sunday in August last year, that the frame rate of broadcast cameras used by VAR were not always accurate enough to know for certain if a player is centimetres offside. 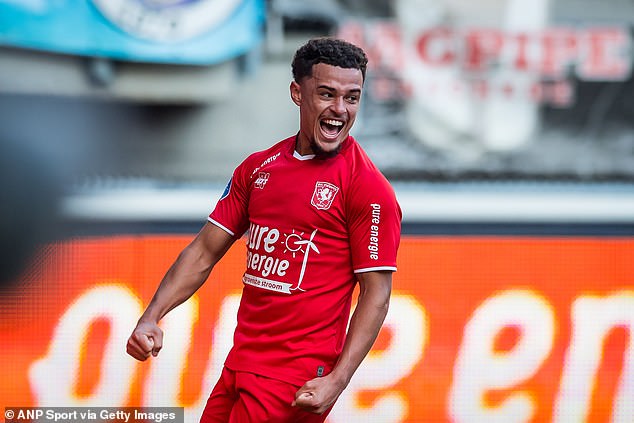 VAR uses the television broadcast cameras that usually run at 50 frames per second. Players running at full speed can move nearly 20cm between frames while the exact moment the ball is played is also likely to between two frames.

BT and Sky do use cameras with higher frame rates (fps), usually in games shown in ultra HD, for slowmotion sequences and the spidercam that is sometimes used in televised games, suspended from wires above the pitch. Some are as high as 400fps.

Footage from all those cameras is available to VAR but are often in positions which would not help judge offsides. 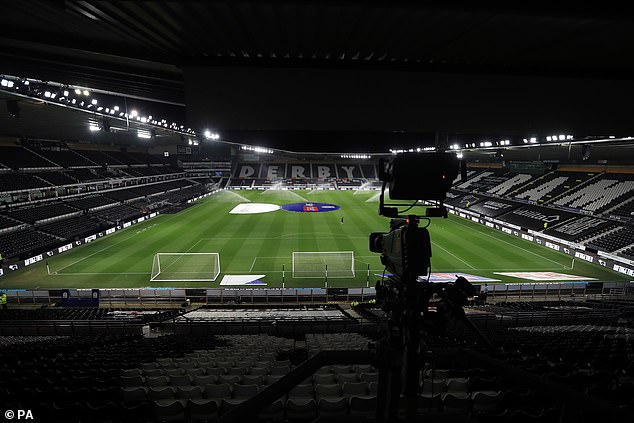 While the Premier League could dictate broadcasters always use higher frame-rate cameras, their preference is to lobby for a margin of error and, while they admit the current system is not perfect, insist it offers consistency.

FIFA also continue to work on a semi-automated offside, trials of which were used at the Club World Cup last year, and plan to implement it at the 2022 World Cup.

DAN HODGES: If Dishy Rishi doesn’t get his golden touch back it could all end in Tiers

DAN HODGES: If Dishy Rishi doesn't get his golden touch back it could all end in Tiers