An accomplished lawyer has taken to popular social media platform TikTok to give his young followers free legal advice.

Raymond Zhai, a criminal defence lawyer from Sydney, has successfully defended murderers and drug suppliers throughout his decade-long career.

Now the established lawyer is using social media to target young people by giving them simple and concise legal counsel. 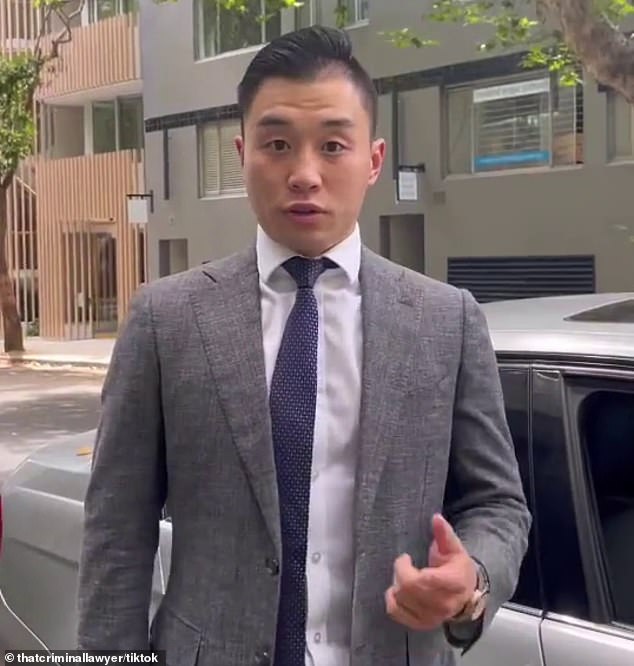 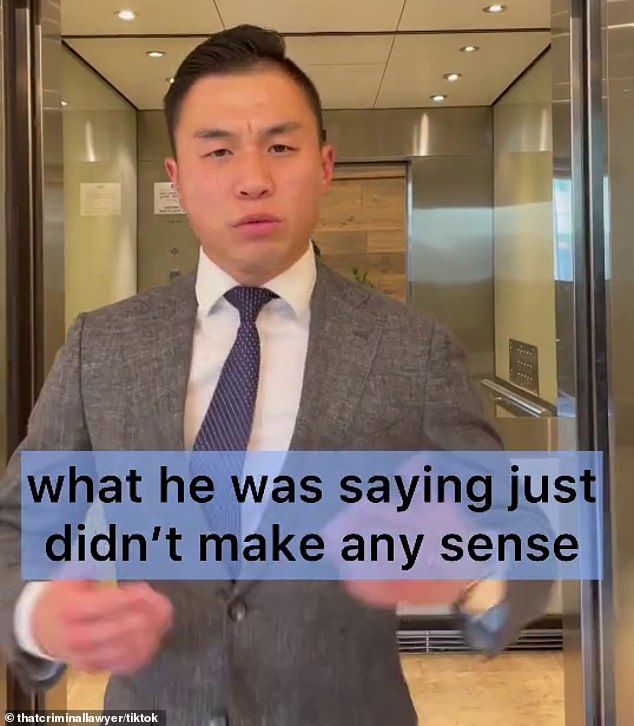 Mr Zhai gives simple and concise legal advice on how to talk to police, buying drugs, issues with restraining orders and getting into fights

Mr Zhai’s TikTok videos have racked up more than 750,000 views and have been liked more than 60,000 times on the popular video sharing platform.

The lawyer told Daily Mail Australia the topic he covered in each video was dependent on the influx of inquiries that he receives.

‘Generally the videos focus on giving advice to young people about common legal issues that they can be faced with today and range from interacting with police to being involved with drugs and abusive relationships.’

Mr Zhai said his motivation for making the videos is to relate to a younger audience, and make legal advice more accessible to them.

In a video titled ‘Don’t do this if you get into a fight on your night out’ the lawyer says you should never throw the first punch if provoked.

Mr Zhai explains that assaulting someone is illegal unless it’s done in self-defence and advises viewers to do ‘just enough’ to stop their attacker without causing serious bodily injury.

‘Should have told me that before I did three years in jail’, one viewer commented.

The attorney offers legal counsel on buying drugs, reminding his young audience that in New South Wales, just the act of handing an illicit substance to someone is considered supply. 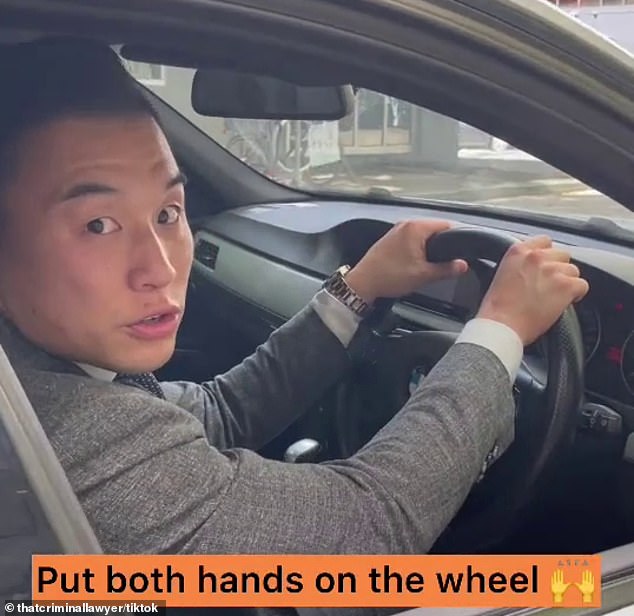 The defence lawyer said he has received many inquiries for legal representation from people who have watched his TikTok videos. He demonstrates what to if you’re pulled over by police in the picture above

‘If your going to buy drugs, buy it for yourself only’, he says.

In another video titled ‘What to do if your crazy ex has a restraining order on you’, the attorney tells his audience never to respond to messages if a ‘no contact condition’ is in place.

‘Even if they message you and want to work things out, do not reply. They can talk to you, but you can’t talk to them, so talk to your lawyer instead’, he explains. 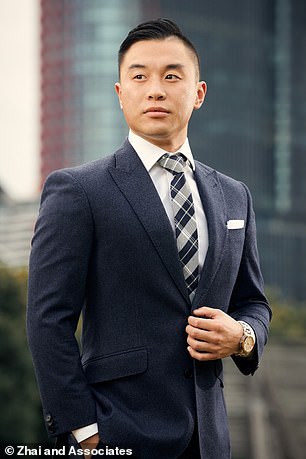 He also lists the common excuses police will use to search a vehicle, and details how to best interact with authorities.

Mr Zhai climbs into a silver BMW and demonstrates putting both his hands on the wheel.

‘Say, “officer you can tell me what you think I’ve done wrong, but I’m not going to answer any questions”.’

‘I want to change the perception that in order to defend your rights, you have to pay huge amounts of money to big law firms who don’t really make you feel like they are truly there with you through what can be a very scary and life-changing process.’

The defence lawyer secured community sentences for the notorious drug-dealer couple Whitney and Zo Denham and defended Simon Tu, who crashed into police cars with $130 million of ice in his van last year.

He plans to keep posting videos, branching out to Spanish and Chinese audiences, as he is fluent in both languages.

1. If you get into a fight on a night out, never throw the first punch and do ‘just enough’ to defend yourself, without causing serious bodily harm

2. If your ex-partner has a restraining order on you and sends you a message, never respond, talk to your lawyer instead

3. If you’re going to buy drugs, only buy them for yourself, in NSW just the act of handing an illicit substance to someone else is considered supplying

4. If police pull you over and want to search your vehicle, put both hands on the wheel and inform the officer you will not answer any of their questions

5. If you’ve been charged or arrested, always remember, ‘no comment’ 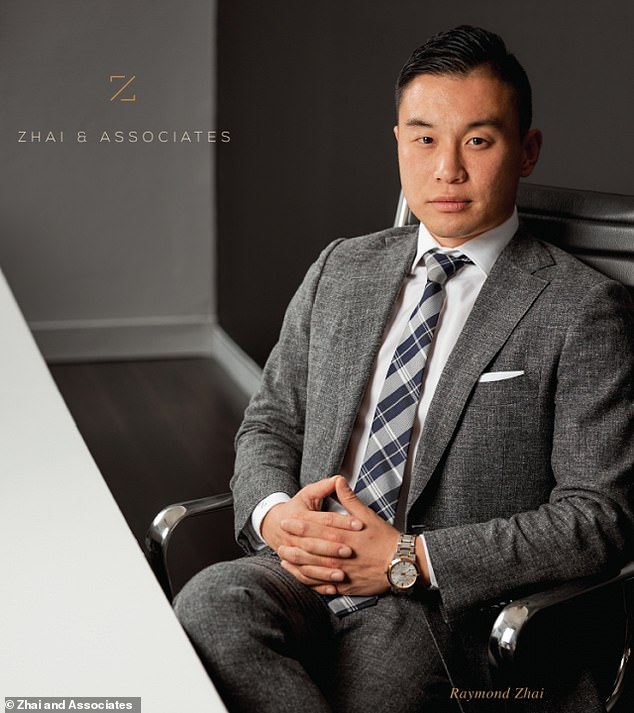 Saeed denies that the Corona vaccines have reached the Tunisian presidency: We need vaccines against lying and slander