A smile of optimism on Mohamed Salah’s face before facing Milan in the Champions League.. Photos


A smile of optimism appeared on the face of Egyptian star Mohamed Salah, a professional in the ranks of Liverpool, during the Reds’ training, today, Tuesday, in preparation for facing the Italian Milan, which is scheduled to be held tomorrow evening, Wednesday, in the first round of the group stage competitions of the European Champions League.

Salah, through his Instagram account, published pictures of him from the recent Reds training, in preparation for the upcoming meeting, and he seemed optimistic before the match. 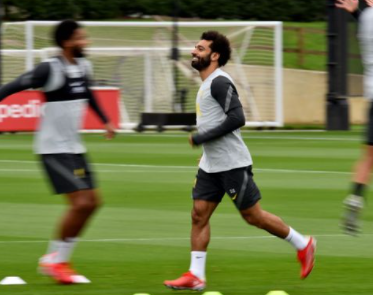 The Egyptian international, Mohamed Salah, the Liverpool player, starred in the last training of the Reds before the upcoming confrontation with Milan, which is scheduled to be held at exactly nine o’clock tomorrow evening, Wednesday, in the first round of the group stage of the European Champions League for the current season.

Salah participated in the training and appeared well, as he is expected to lead the official formation of the Reds in the match against Milan, as the pharaoh seeks to shine again continentally to maintain his lead in the team’s top scorer locally and internationally during the current season.

Salah scored 128 goals and made 49 others in 207 games he played with Liverpool since he moved to the team from Rome in the summer of 2017..

The Trump tactic Republicans use in California

The Trump tactic Republicans use in California