A text message saved the lives of fishermen when their boat capsized at Port Welshpool, Victoria

Three fisherman were saved from drowning by a well-timed text message when their boat capsized during a late-night outing.

Frank Quigley, 54,  Hamish Merrett, 54, and Michael Jones, 23, thought they were going to die when their 4.5m boat overturned off Victoria’s South Coast about 9pm on Thursday night.

The men spent the night clinging to the hull of the boat seven kilometres offshore of Port Welshpool, before being saved by the bell. 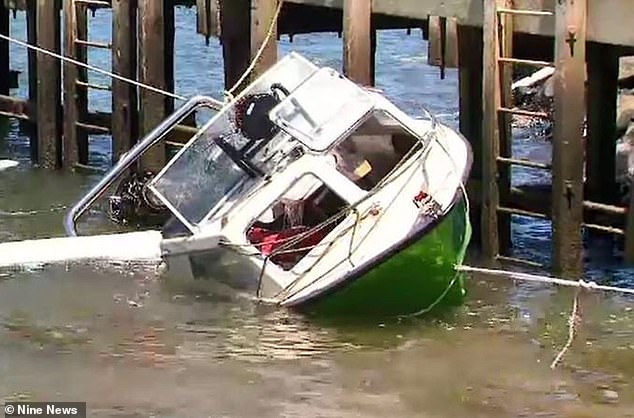 Three fisherman were saved from drowning by a well-timed text message when their boat capsized on a late night outing (pictured: the boat was towed back to shore after the incident)

‘All of sudden we hear this ‘buzz buzz’, I’m thinking ‘oh my god someone’s got a phone’ – I hope it’s not in the boat,’ Mr Quigley told 9News.

‘Sure enough, Hamish puts his hand in his pocket and out comes his mobile phone.’

The men spoke of the close call from the safety of the hospital where they were transported by rescuers.

When the boat overturned the men’s lifejackets and their personal locator beacon became stuck under the seats. 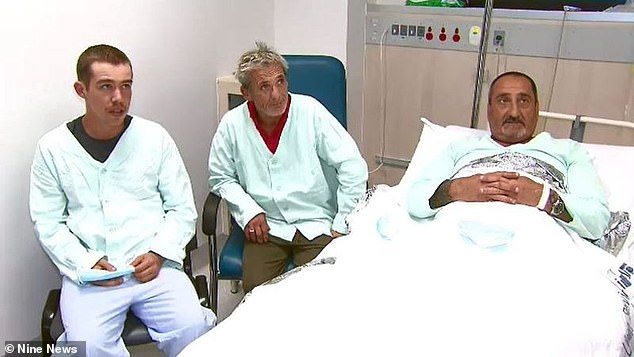 Frank Quigley, 54, (right) Hamish Merrett, 54, (centre) and Michael Jones, 23, (left) thought they were going to die when their 4.5metre boat overturned off Victoria’s South coast at about 9pm on Thursday night

But Mr Quigley said attempts to call out for help to other boaters travelling past went unanswered.

‘We were yelling and carrying on, but they couldn’t hear us of course because they were motoring at full speed,’ he said.

They assumed all their possessions had sunk to the bottom of the ocean until they heard the buzzing.

Despite being submerged in icy water for five hours the phone was fully functional.

They used the phone to contact Triple 0 who sent the Police Air Wing to find them just after 1am. 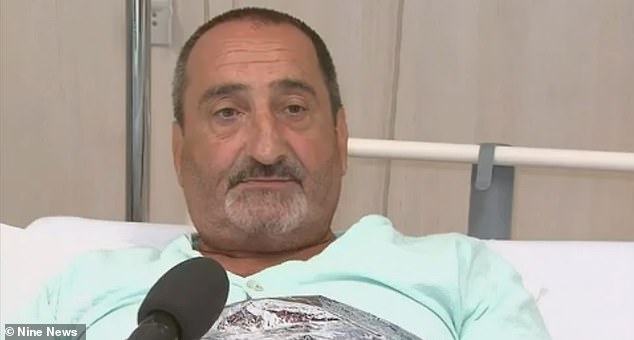 When they were tracked down to an area west of Snake Island, the Port Welshpool Coast Guard was sent to carry out the rescue operation.

Mr Merret said he was incredibly grateful for the late night text message.

The crew were taken to hospital but all managed to escape the expedition relatively unscathed.

Their boat was also towed back to shore by the coast guard.