A touching farewell message from Niguez to Atletico Madrid 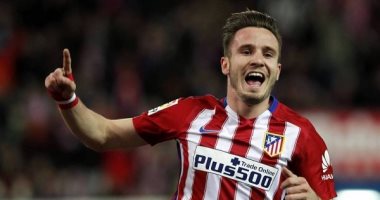 Saul Niguez bid farewell to Atletico Madrid, with an impressive message, after joining Chelsea on Tuesday, on the last day of the summer Mercato.

Atletico Madrid midfielder Saul Niguez officially joined Chelsea on Tuesday, on loan for a season, with the option to buy.

Saul Niguez posted a video on his personal account on the social networking site “Twitter”, revealing the most prominent moments of his career with Atletico Madrid, commenting: “See you soon, Atleti.”

This is the second time that Saul Niguez has left Atletico Madrid during his career, after he left the team in the summer of 2013 to join Rayo Vallecano on loan.

Chelsea have announced the signing of Spanish international Saul Niguez, Atletico Madrid midfielder, on loan until the end of the current season, with the option of moving permanently at the end of the season.

“We have completed the signing of Saul from Atletico Madrid on a season-long loan with the option of a permanent transfer at the end of the season,” Chelsea said on their official website.

The club highlighted the player’s comments upon moving to London, where Saul said: “I am very excited to start this new challenge with Chelsea, Blues fans I am one of you now and I can’t wait to put on the shirt, start training and see you all. See you soon!”

7 signs of kidney disease that you should not ignore, including poor appetite and bulging eyes