A word cake and balloons.. Mahmoud Trezeguet celebrates his birthday with his wife

Mahmoud Hassan “Trezeguet”, the star of the Egyptian national team and the English club Aston Villa, celebrated his birthday today, with his wife, where his followers and fans shared a picture of them appearing in the water inside a boat, while in front of them there are a Christmas cake and some roses and balloons.

The Aston Villa star was keen to thank his wife and everyone who congratulated him on his birthday, and wrote, “Thank you, my love, for everything, thank you all for your birthday wishes.”

Trezeguet continues the rehabilitation program to recover from the cruciate ligament injury he suffered in the knee last season and kept him away from participating with the English Aston Villa and the Pharaohs since last May.

The Egyptian star is racing against time to catch up with the Pharaohs battalion that is running the African qualifiers for the 2022 World Cup, which is also preparing to participate in the African Cup of Nations expected to be held next year in Cameroon. 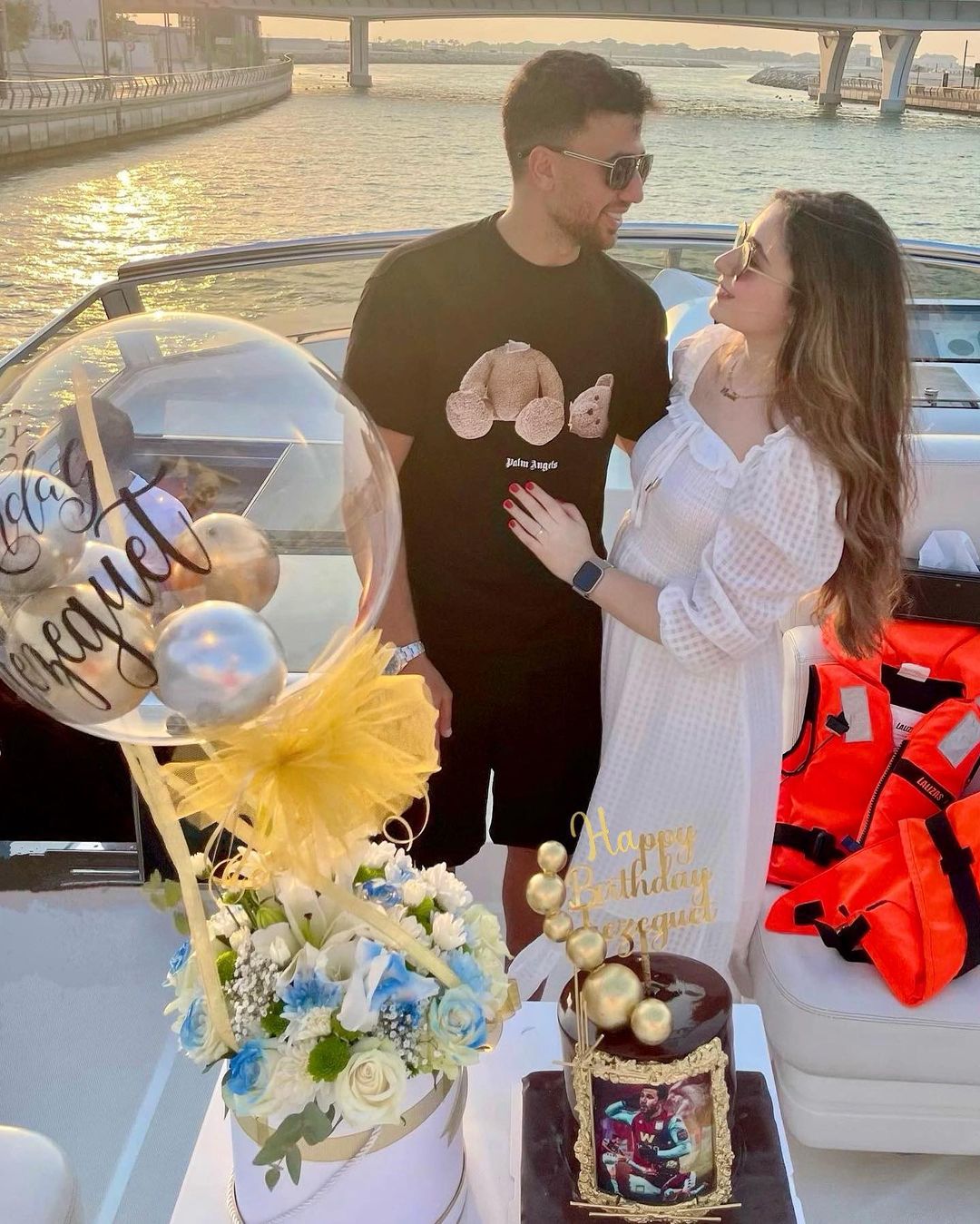 Trezeguet is performing an intensive program to catch up with Aston Villa matches in the first half of the current season, as well as being with the Pharaohs in the upcoming camps in preparation for the Arab Cup tournaments in Qatar next December and then the African Nations Cup in Cameroon next January.

Trezeguet moved to resume the rehabilitation program in one of the international centers to recover quickly from injury, which is targeted by big sports stars such as Serbian Novak Djokovic and Russian Habib Nurmagomedov, unlike football stars, the latest of whom is Virgil van Dijk, the Liverpool star, who performed part of the rehabilitation program from the Crusader there before returning to participate with the Reds. Following the injury he sustained last season.

Changes in the list of Spain .. Pedri's absence and the call-up of the Celta Vigo midfielder