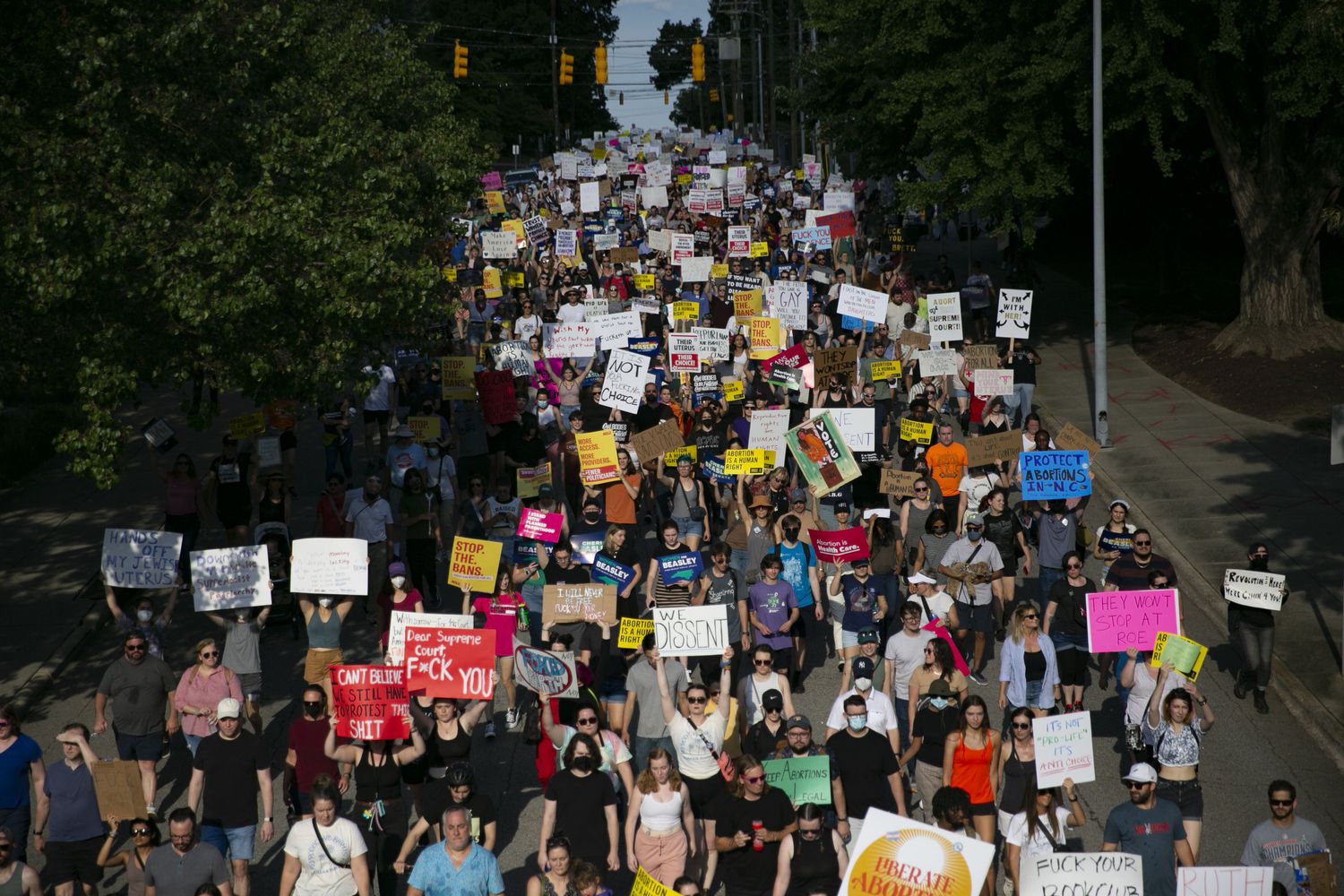 The Supreme Court ruling on abortion has caused an earthquake in the United States. It is a ruling that deepens the division between Democrats and Republicans four and a half months before the mid-term legislative elections, in which a third of the Senate and the entire House of Representatives are renewed. With the popularity of President Joe Biden on the ground due to high inflation, the Democrats have launched a vote to restore the right to abortion throughout the country as federal law. They believe that they can mobilize their electorate. So far, however, attempts to change the axis of the campaign have not worked for Biden.

Only a few minutes had passed since the publication of the sentence when the Democratic senator from Massachusetts, Elizabeth Warren, launched to request the vote with that argument. “In a democracy, judges do not have the last word. People have it. And we’re going to fight back.” Warren is not only asking for a large Democratic majority to make Roe law, as the right to abortion is known in the United States, in reference to the judicial precedent now repealed.

Democrats already made an attempt to legislate in May, but it was blocked by Republicans. Now, they warn of the possibility of a law to the contrary: “The Republicans are plotting a ban on abortion throughout the country. They cannot be allowed to have a majority in Congress to do so, ”said the Democratic leader of the House of Representatives, Nancy Pelosi, this Friday in another appearance.

That script has been maintained since the publication of the sentence. The president himself was one of the most explicit: “Let me be very clear and forceful: the only way to ensure women’s right to choose and the balance that existed is for Congress to restore the protections of Roe v. Wade as federal law. No executive order from the president can do it. And if Congress, as it seems, lacks the votes to do it now, the voters must make his voice heard, ”he insisted again and again in his appearance to speak of the sentence. “This fall, Roe is on the ballot. Personal freedoms are on the ballot. The right to privacy, liberty, equality, it’s all on the ballot,” Biden added.

Republicans, on the other hand, don’t seem too scared about the issue. Its most prominent figures have celebrated the sentence in style, starting with former President Donald Trump and his former vice president, Mike Pence, but continuing with many who are running for election in November. Despite the fact that there are those in his party who fear some impact on the urban female electorate, there are others who up the ante and propose restricting abortion by law throughout the country. In any case, they trust that abortion will not be the central issue of the November elections at all.

Adam Paul Laxalt, Republican candidate for the Senate for Nevada, one of the states expected to be contested in November, is one of those who has sent a somewhat ambiguous message. On the one hand, it celebrates “a historic victory for the sanctity of life”, but on the other, it says that the people of Nevada have already approved that abortion is legal and that the sentence “does not change the established law and will not distract the voters of unaffordable prices, rising crime, or the border crisis.”

Similar balance makes Mehmet Oz, known as Doctor Oz, Republican candidate for the Senate from Pennsylvania, another of the votes that are expected to be more competitive in November. Oz has been attacked within his party because his opposition to abortion is recent and is seen by some as opportunistic. That penalized him in the primaries and he was on the verge of losing the nomination. Now, he has declared that for some the sentence is “controversial” and that it respects “those with different points of view”, but at the same time defending “the sanctity of life” and that it be through the laws as it is regulated the abortion.

His rival, the Democratic candidate, has been very active on Twitter since the ruling was published: “It’s unfair. That’s wrong. And I’m going to fight it with everything I have. Send me to the United States Senate and I would *proudly* vote to make Roe v. Wade in law”, wrote in a tweet. In other, directly attacked his Republican rival: “Doctor Oz said he would support a ban on abortion even in cases of rape or incest. There can be no more a game for women.”

That is what can be expected. Those Republicans from states with a large urban population who fear losing the vote of the female electorate in favor of abortion rights will try not to make it a centerpiece of the campaign and not to adopt extreme positions. Others even believe that the triumph of their thesis against abortion can even benefit them. Some Republican strategists consider that among part of the conservative Catholic Latino electorate it can even help them in some of the most balanced states, such as Nevada or Arizona. The sentence not only impacts the legislative ones. It can also condition elections to state parliaments and to the governor. After the decision of the Supreme Court, it is the States that can legislate.

Perhaps the debate on abortion could curb Republican ambitions to conquer even some traditionally Democratic states or where Biden beat Trump by a wide margin, such as Colorado, Oregon and New Mexico. The governor of the latter state, Michelle Lujan Grisham, has also been very active in her criticism of the sentence. These are states where abortion is legal and widely supported.

In some cases, the dynamics of the campaign may also depend on who the Republican candidate is. In Colorado, for example, primaries are held this Tuesday and between the two Republican favorites, Ron Hanks defends the total ban on abortion and the hoax that Trump was the winner of the 2020 presidential elections. Joe O’Dea, on the other hand, admits that Trump lost and is in favor of restricting abortion, but not banning it outright. The sentence of the Supreme has entered the final stretch of their campaigns.

The axis of the campaign

When the draft abortion ruling was leaked in May, the Democrats already appealed to their voters. The theme’s prominence was short-lived. With the mass shootings of a supermarket in Buffalo (New York) and a school in Uvalde (Texas), for a few weeks there was talk of restrictions on weapons. The Republicans, however, have deactivated the issue as a political argument with a minimum agreement in Congress by which a law has been approved that introduces some precautions against the use of firearms.

Neither the war in Ukraine, nor the pandemic, nor immigration are managing to shift the focus of attention from the cost of living and the difficulties of families. Some crises, such as the shortage of infant formula milk, have worsened the image of the president. But it is inflation that dominates, with record gasoline and diesel prices a constant reminder of the problem. If you add to this the rise in interest rates and the risk of a recession or, at least, an economic slowdown, the prospects for the Democrats are very bad. It is very difficult for abortion to reverse this general situation, although it can tip the balance in a specific election.

Subscribe here to the EL PAÍS América newsletter and receive all the key information on current affairs in the region.

NBA: The vice president of the Phoenix Suns announces that he is gay

NBA: The vice president of the Phoenix Suns announces that he is gay