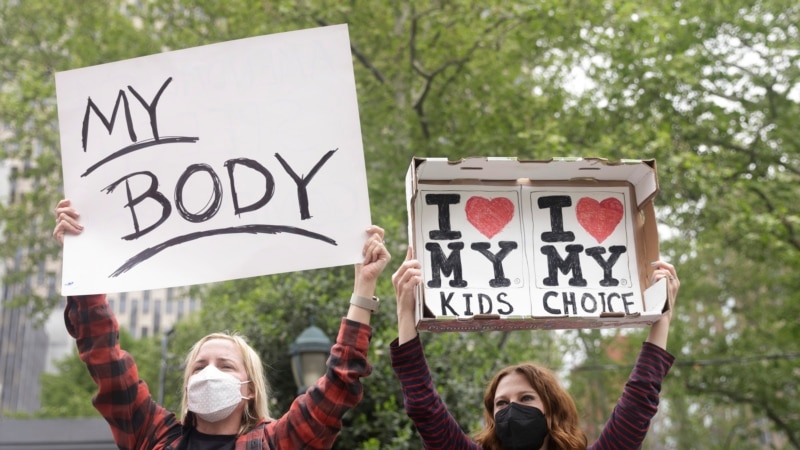 The leak of a Supreme Court document suggesting that the highest court in the United States could overturn the right to abortion has generated a series of threats against officials and others, and increased the possibility of extremist violence, says a report from the government.

Violence can come from either side of the abortion issue and from other types of extremists seeking to exploit tensions, explained the Department of Homeland Security’s Office of Intelligence and Analysis memo to local government agencies.

It is one more element to what is already a volatile climate of violence in the US, where authorities have warned repeatedly over the past two years that threats from extremists at home have outweighed dangers from abroad.

The memo, dated March 13 and obtained Wednesday by the AP, attempts to differentiate between illegal activities and the intense but legal outbreaks of protest that could erupt when the court delivers its verdict, whatever it is, at the end of its term this summer.

“DSN is committed to upholding Americans’ free speech and other civil rights and liberties, including the right to peacefully protest,” the agency said in a written response to questions about the memo.

Those protests could turn violent. The memo warns that people “of a wide variety … of ideologies are trying to justify and inspire attacks on abortion-related targets and ideological opponents in legal protests.”

The violence associated with the abortion debate is not without precedent nor would it necessarily be confined to one side, the memo says.

Abortion opponents have killed at least 10 people and torched and bombed medical facilities during their campaign to overturn the legal precedent Roe v. Wade.

The DNS says there is also potential for violence from the other side, citing recent damage to buildings used by abortion opponents in Wisconsin and Oregon.

In Wisconsin, the memo said, the building was set on fire and those responsible wrote on the walls: “If abortions aren’t safe, you aren’t safe either.”

Following the document’s leak this month, authorities noted a “significant increase” in social media threats against Supreme Court justices, members of Congress and other officials, as well as members of the clergy and health care providers. , noted the memo.

At least 25 of those threats were forwarded to law enforcement agencies for investigation.

The Justice Department announced Wednesday that the US Marshals Service is keeping judges under 24-hour security.

In conjunction with the water crisis, how does Egypt read Ethiopia's plans to sell electricity? | Politics news