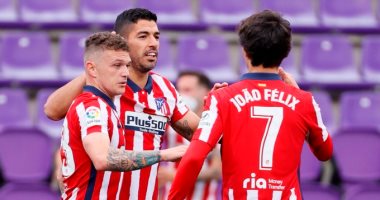 The midfield of the La Liga title holder suffers from several absences, and therefore Simeone is counting on only three midfielders: Argentine Rodrigo de Paul, Spanish Marcos Llorente and Mexican Hector Herrera, so the Italian coach decided to call the young Javi Serrano, who was on the list for the Celta Vigo match, which ended With the victory of Atletico Madrid, two goals to one.

For his part, Portuguese Joao Felix will miss the Getafe match after receiving a red card in the last Athletic Bilbao match, so the “Cholo” called Serbian Ivan Sabunic, who did not get minutes after this season, and reserve striker Giuliano Simeone.