A woman who beat her controlling husband to death with a hammer after decades of emotional abuse can inherit his estate, a judge has ruled.

Sally Challen, 66, was jailed for life in 2011 for the murder of her husband Richard, 61, the previous year.

She was freed last year after the Court of Appeal quashed her conviction in light of new evidence that she was suffering a psychiatric illness at the time of the killing. 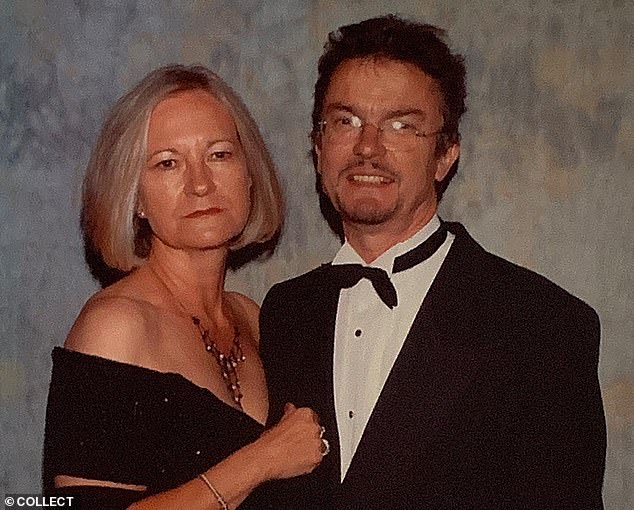 Sally Challen (left) is now eligible to claim the estate of her husband Richard (right) who she murdered in 2010. Mrs Challen was jailed for 11 years but a judge decided on Wednesday that Mr Challen’s own aggressive behaviour in their marriage means she can claim what was his

A new trial was ordered but Mrs Challen was released in June after prosecutors accepted her plea of manslaughter on the grounds of diminished responsibility and a judge at the Old Bailey concluded she had already served her time.

She had been stripped of her right to inherit the family estate under rules that prevent offenders from benefiting from their crimes.

However, a High Court judge decided yesterday the rules should be waived in Mrs Challen’s case.

Judge Paul Matthews, who analysed arguments about the inheritance claim at a hearing in Bristol, said her late husband’s behaviour ‘was by turns contemptuous, belittling, aggressive or violent’.

He added that Mr Challen’s behaviour over 40 years had contributed to his own death because, without it, ‘the claimant would not have killed him’.

Mrs Challen, from Claygate, Surrey, was freed after years of campaigning by her sons David and James after coercive and controlling behaviour was made a crime.

The High Court heard that, although the inheritance ruling means the estate – estimated at £1million – now goes to her instead of her sons, she does not intend to reclaim it, having brought the case to claim back a large sum of inheritance tax

EasyJet plans to cut staff by up to 30%

How coronavirus is driving a revolution in travel

Emily Maitlis: I asked for night off from BBC's Newsnight

A-level and GCSE results to be higher this summer

Long Covid: ‘My fatigue was like nothing I’ve experienced before’