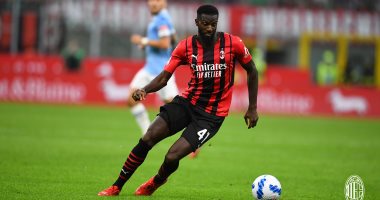 The Italian club, AC Milan, announced that it is considering submitting an official complaint to the Italian Football Association; Because of the racist chants directed at Timoy Bakayoko, during the team’s confrontation with Lazio, which the Rossoneri won with two goals for free, in the match that was held between them on Sunday evening, at the “San Siro” stadium in the competitions of the third round of the Italian League in the current season 2021-2020. .

AC Milan issued an official statement in which it stated, “With regard to the racist chants directed at our player Timue Bakayoko from the visiting team’s fans, which were noticed by many journalists and spectators.”

The statement added: “AC Milan is considering submitting a formal complaint to the Italian Football Federation as soon as the necessary investigations have been carried out.”

On the other hand, the Italian Milan team, led by its coach Stefano Pioli, achieved a perfect start in the Italian League in the current season 2021-2022.

The “Opta” network, which specializes in statistics and records, stated that Milan succeeded in winning the first three matches in the Italian League in two consecutive seasons for the first time in the history of the Calcio.

The Rossoneri won the first three matches they played in the Italian league this season, during which the players scored 7 goals while conceding one goal.

Milan raised its score to 9 points to lead the Italian league standings, ahead of only Napoli, with the same score of points, while Lazio ranked sixth with 6 points.

Omar Marmoush: The Frankfurt match was a big challenge to show my capabilities