Thousands of acres of countryside earmarked for solar farms should be protected until the full environmental impact is clear, ministers are told

By Amy Oliver for The Mail on Sunday

Ten thousands of acres of countryside earmarked for solar farms should be protected until the full environmental impact is clear, according to a newly formed campaign to halt the march of solar developments.

The mega-farms involve installing swathes of reflective solar panels across agricultural land to meet the Government’s targets for ‘green’ energy.

But the Solar Campaign Alliance (SCA) – which represents 23 separate action groups fighting against proposed developments nationwide – has written to ministers urging them to pause the plans.

It says the panels will blight the countryside and, by taking up fertile land, could significantly affect British food production. 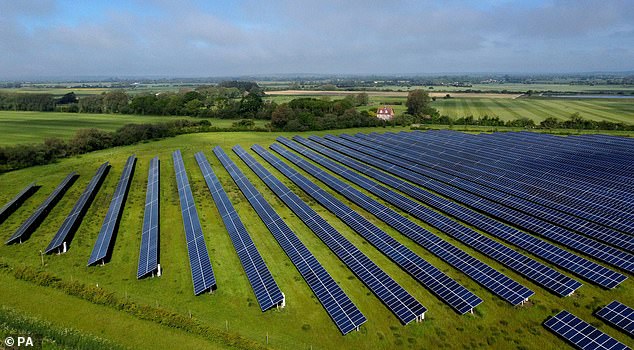 SCA’s chairman Michael Alder, emeritus professor in rural environment at the University of Essex, said: ‘This is just the tip of the iceberg. We’ve identified 300-plus solar sites that are either being considered or going through the planning process. It’s growing dramatically.

‘There’s a lot of fright about the implications on the countryside. When people delve into it, they see there could be environmental and food security issues and realise these things aren’t as good as they thought.

‘I have no problem with putting solar on commercial roofs and housing, on brownfield sites and even low-grade land with no environmental use, but to put it on good grade land doesn’t make any sense.’

Last year, The Mail on Sunday reported that around 1,000 acres of rural land a month were being earmarked for solar farms.

The rollout comes even though solar is a less efficient source of energy than wind.

But landowners and farmers are being lured in by the huge sums of money to be made.

Prof Alder calculates a 64 hectare (158 acre) site could generate around £4.8million gross per year for a developer. Farmers leasing their land to solar companies can expect to receive £1,000 per acre.

‘The income from growing wheat is around £116,000 per year, so a massive difference,’ Prof Alder said. 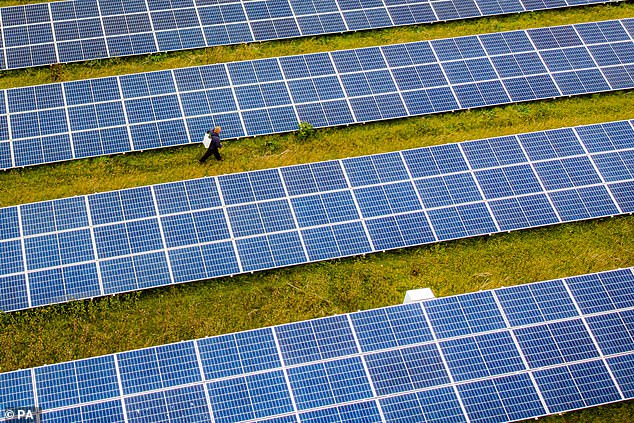 The Solar Campaign Alliance says the panels will blight the countryside and, by taking up fertile land, could significantly affect British food production (file photo of solar farm in Deon)

‘These are frightening figures. They are going to make money and that’s the motivation behind it all.’

The SCA is representing groups such as Say No To Sunnica, which campaigns against a proposed ‘mega-scale’ 2,800-acre farm in Suffolk and Cambridgeshire.

It is also calling for the regulation of BESS – the batteries sitting alongside solar panels which store energy.

Since 2012, more than 40 fires and explosions, which release toxic gases, have reported at sites across the world.

The Alliance outlined its concerns in a letter to the Government just before Christmas.

‘If we truly want to be green, we must look closely at the bigger picture and make sure we do not make poor short-term decisions.’

Donald Trump Jr. brought his 12-year-old son to Texas for a Trump rally and let him build an AR-15 at his friend’s business

Donald Trump Jr. brought his 12-year-old son to Texas for a Trump rally and let him build an AR-15 at his friend's business