Acting Secretary of Defense: We will work to implement the peaceful transfer of power 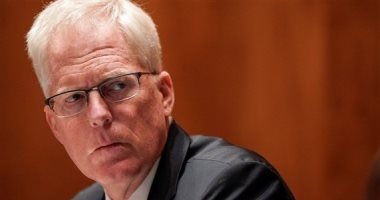 Acting US Defense Secretary Christopher Miller condemns the violence and says it targeted democracy, according to media sources.

Christopher Miller said: I will continue with the leadership of the Department of Defense to do our duty according to oath and implement the peaceful transfer of power to Joe Biden.

Earlier, the FBI asked the Americans to provide any information that would help identify the rioters in Congress. In turn, the US Bloomberg Agency confirmed the resignation of the Director of European and Russian Affairs from the US National Security Council due to congressional events.

Covid: 'I used to love coming to work but it's so scary'