The actor who portrays Margaret Thatcher’s husband in The Crown has claimed Denis was ‘not in love’ with the Prime Minister.

Stephen Boxer, 70, from London, stars as the Prime Minister’s consort in the fourth series the hit series, which was released earlier this month on Netflix.

The actor, who was perhaps best known for his role as Joe in the long-standing BBC show Doctors, has compared Margaret Thatcher’s marriage to Denis to ‘a sort of school romance’.

He told The Times: ‘They’re not in love as I particularly have known it, but you cannot deny that it is love. There’s respect and interdependence.’ 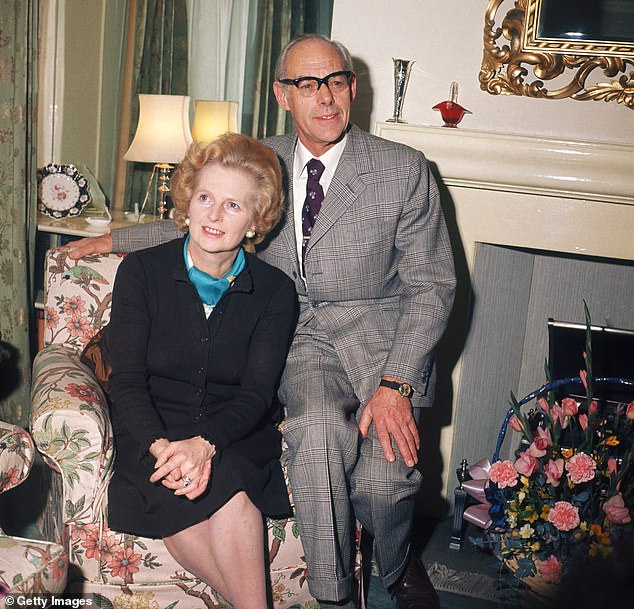 Stephen Boxer, 70, from London, who portrays Margaret Thatcher’s husband in The Crown, has claimed Denis was ‘not in love’ with the Prime Minister (pictured, together)

He added that it seemed ‘physically quite icy’, but said there was ‘something very sweet there.’

Meanwhile Stephen also touched on the criticism of the show, which has seen royal experts and political commentators slamming the programme for presenting fiction as fact.

He said he felt he was just ‘humanising someone who was vaguely familiar to a lot of people’  but acknowledged ‘the knock on effect’ of the series would be ‘considerable’.

Denis met Margaret at a dinner following her formal adoption as Conservative candidate for Dartford in February 1949, who then drove her to her Essex train. 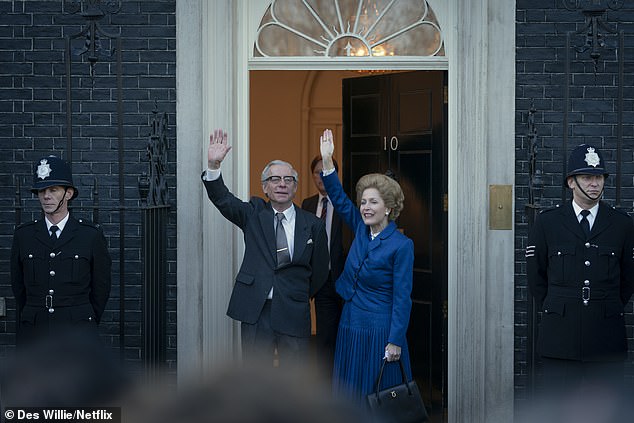 The 70-year-old actor, who stars in the fourth series of the hit Netflix show, compared the couple’s marriage to ‘a sort of school romance’

The couple went on to marry in December 1951, with Denis going on to fund Margaret’s studies for the bar and supporting her throughout her political career.

Stephen’s comments come as Andrew Marr slammed The Crown’s inaccurate storylines about the Royal Family as ‘grossly unfair and sadistic’ – and has fears it could harm the monarchy.

Earlier this week, a powerful coalition of politicians, royal experts and a close friend of Prince Charles backed calls for Netflix to broadcast a disclaimer warning viewers of The Crown that many key scenes never happened or are distortions of the truth.

The streaming giant is facing mounting criticism for fabricating a string of controversial incidents in the latest series of the hit drama, amid warnings its manipulation of real events could damage the future of the Monarchy. 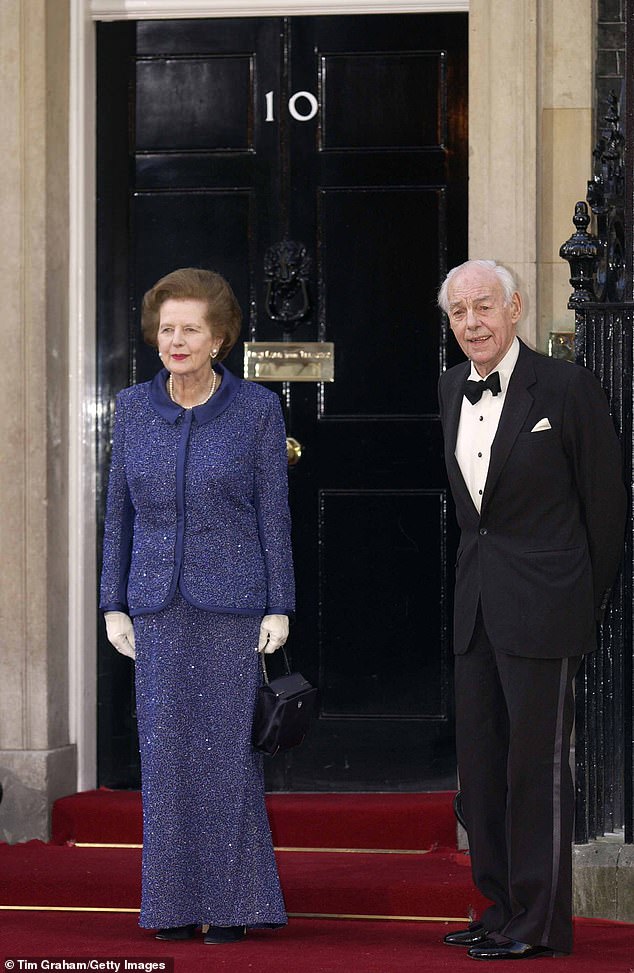 Stephen said he felt Margaret and Denis’ marriage was ‘physically quite icy’, but said there was ‘something very sweet there’ (pictured together)

Earlier this week, the Mail on Sunday launched a campaign to demand Netflix makes clear to its millions of viewers that The Crown’s storylines twist the truth and present fiction as fact.

It comes as Earl Spencer, Princess Diana’s brother, said he felt uneasy watching his sister’s depiction in the drama and that he fears viewers will ‘forget it is fiction’.

The fourth series of The Crown, released last Sunday, covers the years between Lord Mountbatten’s assassination by the IRA in 1979 and the ousting of Margaret Thatcher in 1990.

Much of it focuses on Charles’s doomed marriage to Diana and supposed tensions in the relationship between the Queen and Mrs Thatcher.

It comes days after a powerful coalition of politicians, Royal experts and a close friend of Prince Charles backed calls for Netflix to broadcast a disclaimer warning viewers of The Crown that many key scenes never happened or are distortions of the truth (pictured, a fight between Princess Diana and Charles in the show)

The series wrongly suggests the affair between Charles and Camilla continued throughout his marriage to Diana. In fact, Charles had virtually no contact with Camilla for the first five years of his marriage in 1981.

In a fabricated scene in the first episode, Lord Mountbatten writes to warn Charles he is in danger of bringing ‘ruin and disappointment’ to the family, while the third episode falsely depicts Mrs Thatcher being humiliated by the Royal Family at Balmoral,

The MoS last week revealed how friends of Charles had accused the producers of the drama of ‘trolling on a Hollywood budget’.

Peter Morgan, The Crown’s creator, has defended making up scenes, adding: ‘You sometimes have to forsake accuracy, but you must never forsake truth.’

Lockerbie: Appeal to posthumously clear the man convicted of 1988 bombing gets underway