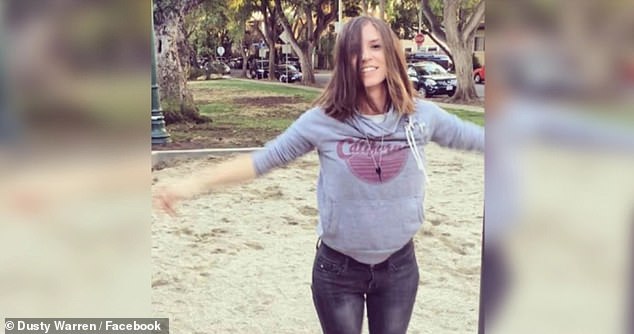 Actress Jeanette Maus has died aged 39 following a battle with colon cancer, her fiancé has confirmed.

The voice-over performer and acting coach was known for roles in video game Resident Evil 8: Village, Charm City Kings and Your Sister’s Sister.

Janette’s partner Dusty Warren confirmed her passing with a statement on Facebook.

Actress Jeanette Maus has died aged 39 following a battle with colon cancer, her fiancé has confirmed

He wrote: ‘It is with a shattered-yet grateful-heart that I inform you that Jeanette Maus passed away late last night due to complications of cancer.

‘I’m really sad, but I’m super proud of her. She fought so hard, with tremendous grace and optimism, inspiring myself and I’m sure many of you.’

The actress had a strong association with John Rosenfeld Studios during her career, with the owner posting a tribute to her on Instagram.

‘Our hearts are broken today,’ John Rosenfeld wrote. ‘Jeanette has been part of the JRS family for almost a decade and became part of the studio’s DNA as a student, teacher, coach and friend.

‘Jeanette was truly an artist, and felt truly grateful to live as an artist. She had an indomitable spirit and was hungry to be the best person, the best teacher, the best friend and the best actor she could be.

‘The world lost a force of nature and we will be feeling that for a long time.’