Adelaide: Woman steals a $1,300 puppy in broad daylight after organising to meet up on Facebook

An dog napper has been filmed brazenly stealing another woman’s new puppy in broad daylight before driving away with her family.

Animal lover Rhiannon, who wished to withhold her surname, had owned the Staffordshire bull terrier puppy for just six days when she became the victim of a dognapping at her Davoren Park home in Adelaide‘s north on Tuesday.

Rhiannon bought the puppy for $1,300 from a Facebook page on December 9 and named her Erin after Adelaide Crows AFLW player Erin Phillips.

A mystery woman then messaged Rhiannon on Facebook to offer free pet supplies before dropping them off on Tuesday morning, which is when she stole the dog. 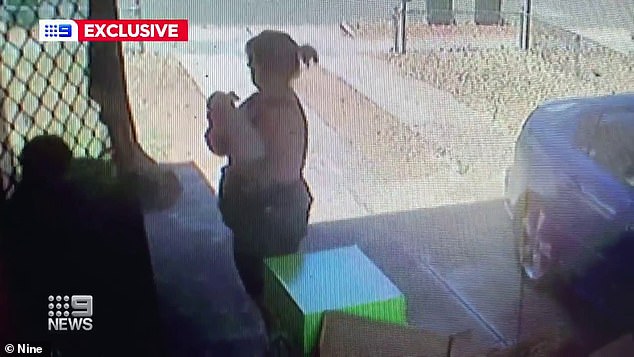 Rhiannon (left) had her hands full when a mystery woman (right) dropped off pet supplies and stole her dog at her Davoren Park home in Adelaide’s north at 11:20am on Tuesday 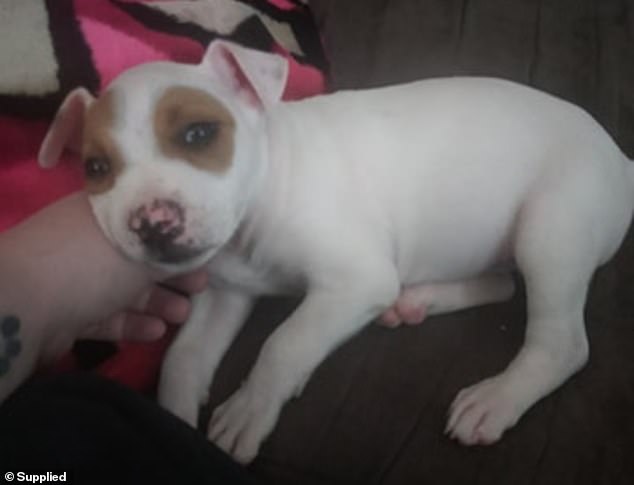 Rhiannon bought the staffy puppy (pictured) for $1,300 from a Facebook page on December 9 and named her Erin after Adelaide Crows AFLW player Erin Phillips

The whole incident was filmed by Rhiannon’s security cameras, the footage from which she has now supplied to South Australia Police.

‘I rescued her (Erin) six days prior. Then I had someone contact me offering free puppy supplies because apparently I had posted or commented on a post – but I don’t think I did,’ Rhiannon told Daily Mail Australia.

‘I think they knew I had a puppy.

‘She brought over supplies and took her out of my arms. I had my other dog in my arms, so I threw my big dog inside, because it was 35C day and I didn’t want his paws to get burnt.

‘The moment I realised she was in the car, I started running, it was quite difficult.

‘She was so smooth about it, it would not surprise me if she’s done it multiple times. I’m just hoping she hasn’t done this to anyone else.’

Rhiannon said she saw a young girl sitting in the back and a man behind the wheel of the white Subaru before the woman returned to the car. 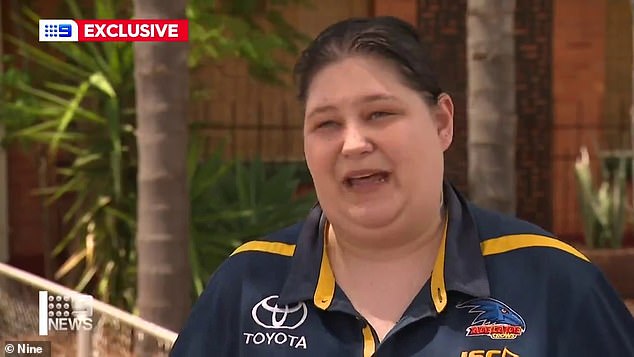 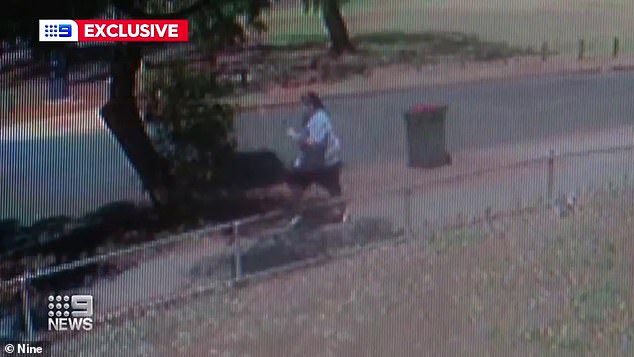 Rhiannon is filmed running after a white Subaru that the woman drove off in. She said a man was driving the vehicle and a young girl was sitting in the back before the woman returned to the vehicle

‘She had her kid in the back. You don’t really expect someone to do that in front of their kid who looks old enough to know what’s going on,’ Rhiannon said.

‘She got me good, I had a migraine that morning.’

Rhiannon owns another dog named Chase Jones and a cat named Tigger, who puppy Erin played with in videos filmed by her owner.

She also has a paw print of her previous dog tattooed on her neck and wears her pet’s ashes on her necklace.

‘I don’t think I’ll ever have children, these are my children,’ Rhiannon said.

‘It’s like giving birth to a newborn and she’s (puppy Erin) has been ripped from my arms. I tried to save her and tried give her a good life she deserved.’

Rhiannon saw somebody was getting rid of puppy Erin on Facebook but no one had offered to buy her. 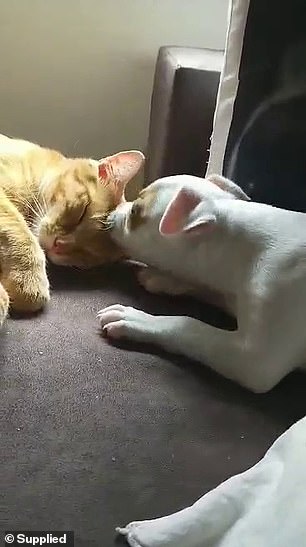 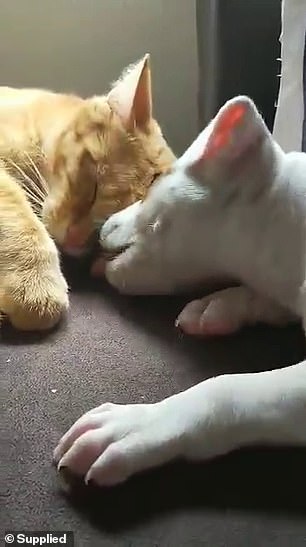 ‘I decided to step in, all of the money I had saved up really, to buy her,’ she said.

‘This is towards Christmas with bonds and everything. But you got to do what you’ve got to do.’

She was also not able to see the dognapper’s number plate and the mystery woman has also deactivated her Facebook account.

Rhiannon believes the dognapper may be a serial offender or have even been related to the Facebook page she bought Erin from.

‘I could definitely see that being the case, I don’t see the puppy being scared of her. She (Erin) did look back at me, she got attached to me,’ she said.

Rhiannon urged the dognapper to return Erin to her or at the very least, let her know that her puppy is safe. 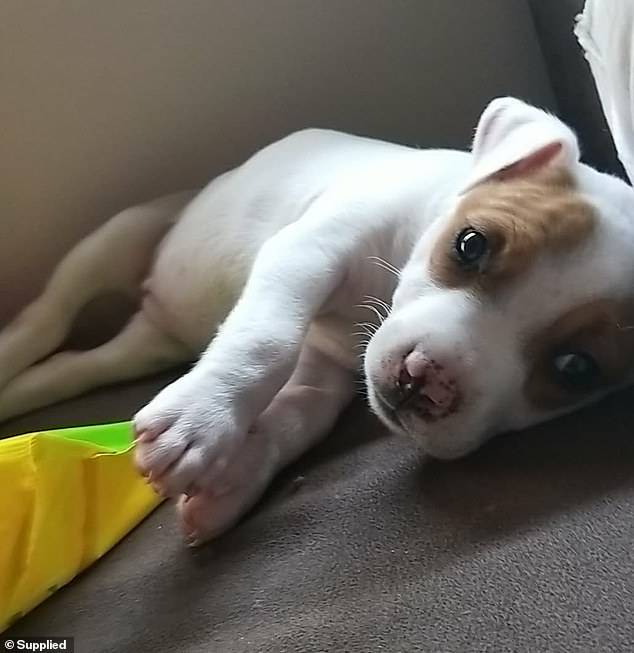 Rhiannon urged the dognapper to return Erin (pictured) to her or at the very least, let her know that her puppy is safe

SEBASTIAN SHAKESPEARE: Riddle of a Little Owl's death on the Queen's estate