The worst penalty since Diana Ross at the 1994 World Cup’s opening ceremony? At least she could claim she was hindered by heels and singing I’m Coming Out at the time.

Ademola Lookman can have no such excuses for his epic fail.

Lookman’s Panenka penalty, taken with 97 minutes and 45 seconds on the clock and Fulham losing 1-0, will go down as one of the worst in Premier League history. 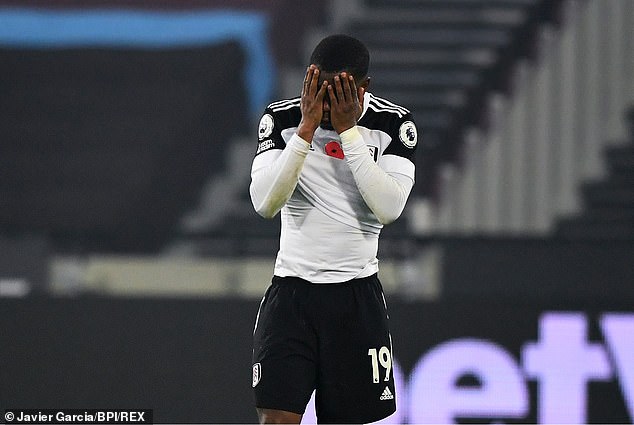 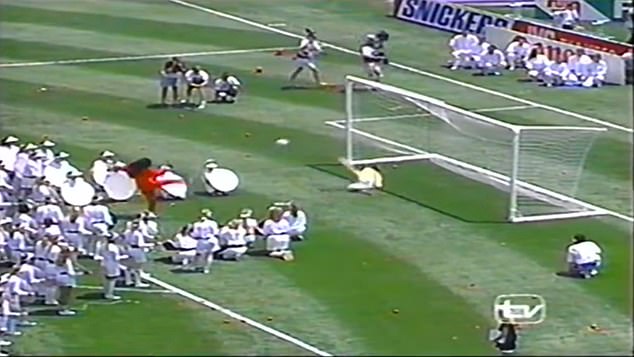 Perhaps Robert Pires failing to square the ball to Thierry Henry can rival it, but Arsenal were not in a relegation race. Fulham are, and who knows how costly this could prove.

Lookman went for the cheeky chip and — as he will have relived many times in his mind since — Lukasz Fabianski dived, stood up and graciously accepted his gift.

When you score them, you’re cool. When you miss, you’re a fool. To try this with the last kick of the game, and Fulham wallowing in 17th, was a remarkable misjudgement.

Lookman was looking confident on the left wing during the game. Too confident, as it now turns out. As his manager Scott Parker said: ‘You can miss penalties but you can’t miss one like that.’

Aleksandar Mitrovic usually takes Fulham’s spot-kicks but Parker explained his striker had picked up a knock and passed the responsibility to Lookman. 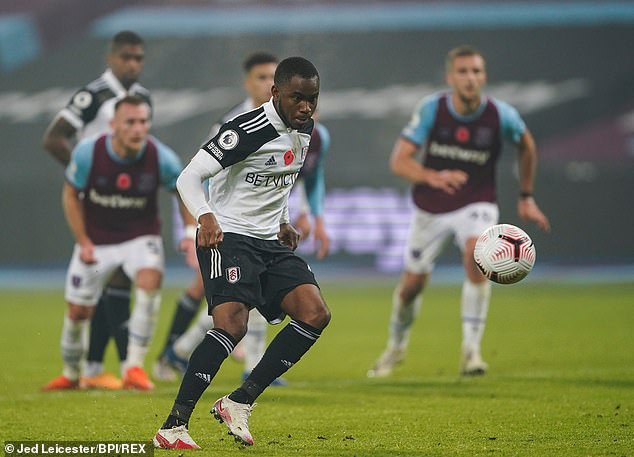 This was not his first Panenka. Lookman scored one for England’s Young Lions against Brazil. But this is a harsh lesson for the young winger, and the west London club have already offered him their support.

This was not the only reason Parker was seething.

He was also angry that Tomas Soucek’s stoppage-time winner stood, because Sebastien Haller was offside in the build-up. 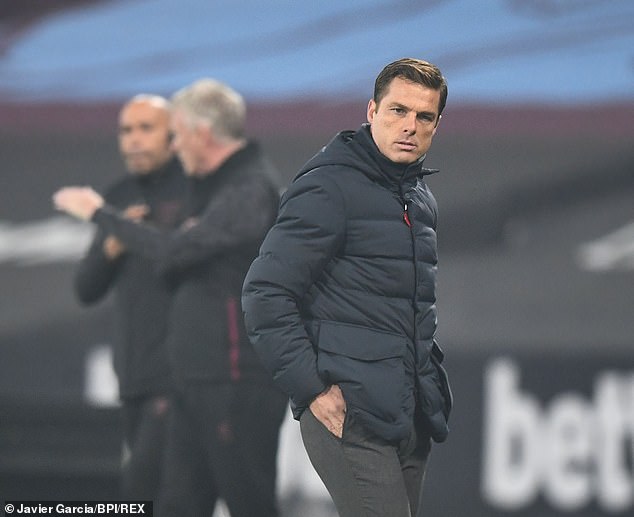 David Moyes agreed, saying he would have been disappointed with that decision too. Parker pondered whether Stockley Park’s officials know the rules, because he says he doesn’t.

‘There were two talking points,’ Parker said. ‘One is obviously the penalty miss. The other is the goal. Haller is in an offside position. My centre half has to react and head the ball.

‘I don’t personally know what the offside rule is. My defender cannot take the risk of leaving it and hoping the linesman puts his flag up.

‘So he’s reacted because Haller is on his shoulder — but Haller is offside.

‘The problem we have got in football is it seems we want to scrutinise everything. Let the game breathe. That’s why we love the game so much.

‘Maybe the difference is the person looking at the screen doesn’t understand football.’

Parker suggested changing the approach to offsides, like how the interpretation of handballs was tweaked recently. That might be a discussion for the next Premier League shareholders’ meeting.

I'm A Celeb: Shane Richie confesses he's thankful to be doing the show after being left 'skint'