Adorable moment a dog hugs a kangaroo is shared to TikTok

Is this the most Australian video ever? Adorable moment a dog hugs a kangaroo is captured on camera

The adorable moment a dog hugged a kangaroo has been caught on camera.

Kieran Maguire from South Australia shared heartwarming footage of a dog standing on its back legs and cuddling the native animal to TikTok.

‘Kangaroo and doggo sharing some love,’ the video was captioned.

The marsupial jumped away when the sweet embrace came to and end – but was still followed by the dog. 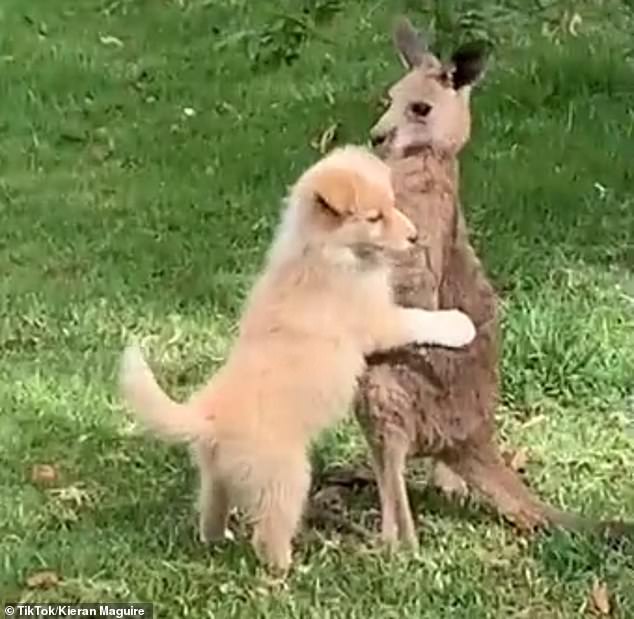 The video has been viewed more than 1.7million times, with thousands of social media users commenting on the loveable moment.

‘Why did this make me cry?’ someone asked.

‘It doesn’t get anymore Aussie than this,’ a third wrote.

Other viewers however commented warnings of the kangaroo potentially drowning the pet in the nearby swimming pool.

‘I wouldn’t let the kangaroo take the dog close to the pool,’ someone warned.

‘Be careful he doesn’t drown your dog in the pool,’ another said. 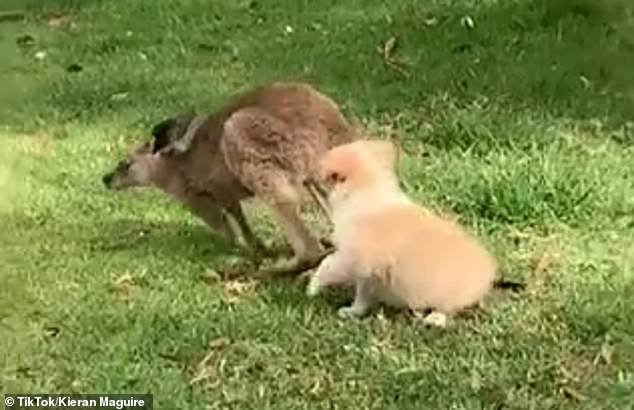 After letting go, the kangaroo jumps around the garden before the dog follows

Hungary has survived war, isolation and foreign occupation. Can it survive Viktor Orban?