Watch out below! Playful seal rolls down a sand dune and into the open ocean in front of surprised tourists

A lucky group of tourists were treated to the sight of a playful seal comically rolling down a sand dune towards the open waters.

Kylie McLaughlin, 46, spotted an adorable sea lion nicknamed the ‘sausage of the sea’ slowly travelling down the dunes at Seal Bay on Kangaroo Island in South Australia.

The sea lion playfully emerged from the dunes by slowly spinning down the hill before covering its body in sand. 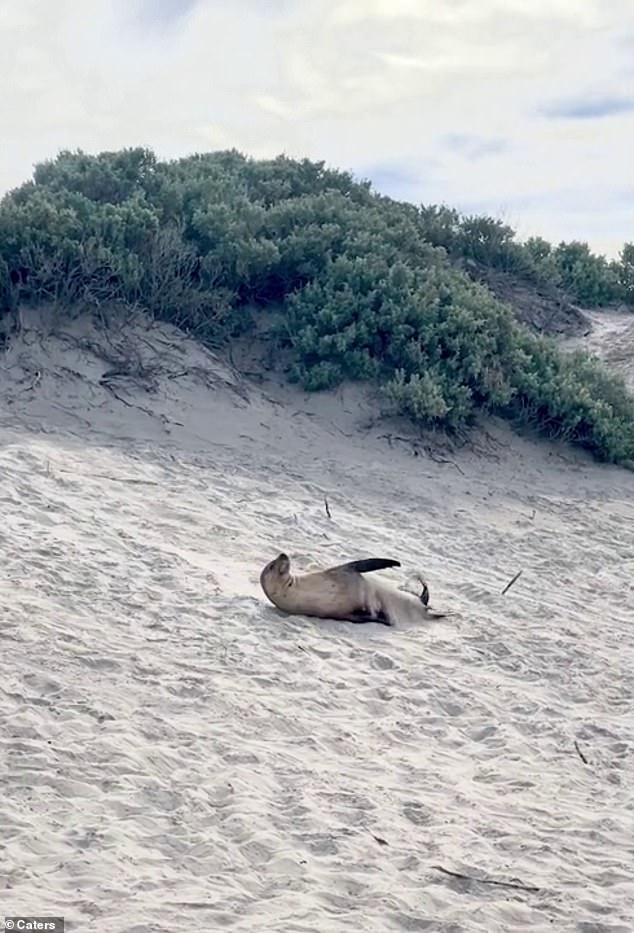 To the amusement of the onlooking tourists, the seal began to slowly waddle along the pristine beach until it dropped to the ground and started to roll again.

Ms Laughlin said she quickly whipped out her phone to catch the adorable marine mammal in action.

Kangaroo Island’s Seal Bay is home to the third largest colony of sea lions with 800-odd colonies roaming around the open beaches.

Seal Bay has no cages or enclosures which provides tourists with an exclusive experience to observe the endangered animals interact with their pups, fish, surf and rest along the sand.

The heartwarming video that emerged online on April 7 has pulled at the heartstrings of viewers. 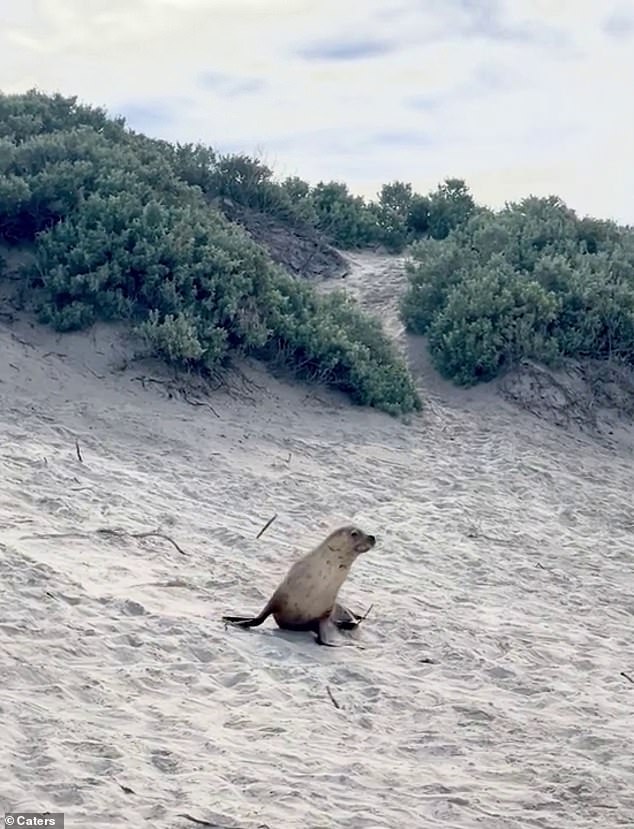 ‘Oh wow, that was so mesmerising and soothing to watch,’ one person wrote.

‘What a beach ball of a seal,’ another commented.

‘This is too cute,’ another said.

What are sea lions?

Australian sea lions are part of a group known as ‘eared’ seals that use their front flippers to prop themselves up and use their back flippers to help them to ‘walk’ on land.

In the water their back flippers act as a rudder.

These fascinating creatures are one of the rarest species in the world and their entire population is estimated to be less than 12,000.

Of these, 85 percent live in South Australia and the other 15 percent in Western Australia.

The sea lions feed on octopus, fish, squid and crustaceans and dive deep into the ocean in search of food.

Australian sea lions breed on the coast of the Australian mainland and near-shore islands.