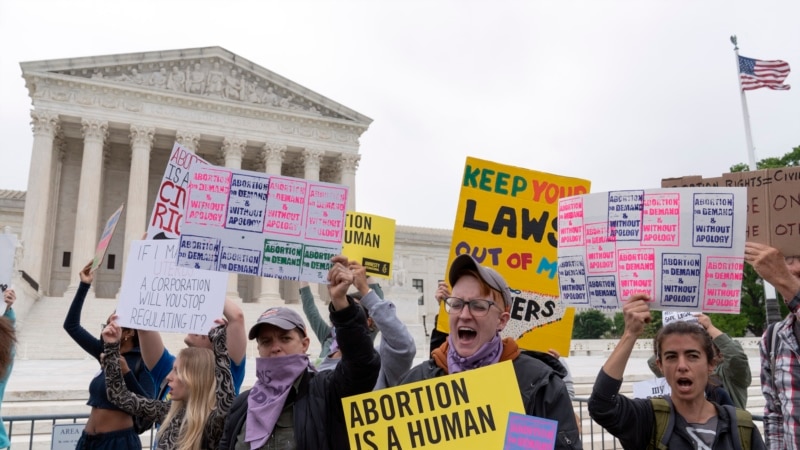 Amid expectations that the US Supreme Court could strike down the federal guarantee of access to abortion in the coming months, lawmakers in some states are proposing tougher reproductive health laws.

The proposals range from the criminalization of abortion to measures that nominally accept legal abortion, but make it impossible. Some states are exploring measures that would make it illegal for their residents to travel to another state for an abortion.

Others consider expanding social security to offer more financial and social support to pregnant women so that they can give birth to their children, even involuntarily.

Anti-abortion legislators are seizing the moment. Texas State Rep. Briscoe Cain told the Texas Tribune newspaper: “I can now speak for myself and for other colleagues who share my line: We will continue to do everything we can to not only make abortion illegal, but make it unthinkable.”

Last week, the leak of a Supreme Court document showed that a majority of the court favors overturning the 1973 decision known as “Roe versus Wade,” which prevented states from banning abortion before the fetus is delivered. able to live outside the womb. This is understood to happen between weeks 22 and 24 of pregnancy.

If the leaked opinion were to go into effect, it would mean that the federal government has no say in the legality of abortion, leaving states the ability to regulate it, a process that has already begun in some state capitals.

In recent years, particularly after President Donald Trump’s appointment of three conservative justices shifted the ideological balance of the Supreme Court, states have been passing laws that challenge the limits established by Roe.

Last year, Texas banned abortions after six weeks of pregnancy, a time when many women don’t even know they’re pregnant. In December, the Supreme Court allowed the law to run its course as he faces legal challenges.

A draft of the decision on this case is what was leaked last week.

Thirteen states already have bans in place that will go into effect automatically if Roe is overturned. Others have laws that would activate in a short time.

According to the Guttmacher Institute, a reproductive rights research organization, 26 states would reduce or eliminate access to abortion if Roe is repealed. In some of them it would be a crime to provide abortion services.

Planned Parenthood’s Metzger said it’s important to remember that many of these state laws will be challenged in court.

“The states are in a way going to extremes and proposing things that have never been seen before, but since all this is new, we don’t know to what extent they will be validated in court,” he added.

Within the framework of the first meeting of the consultative committee between the two countries.. the Iranian Foreign Minister receives the Secretary-General of the Qatari Ministry of Foreign Affairs | Politics news

Within the framework of the first meeting of the consultative committee between the two countries.. the Iranian Foreign Minister receives the Secretary-General of the Qatari Ministry of Foreign Affairs | Politics news