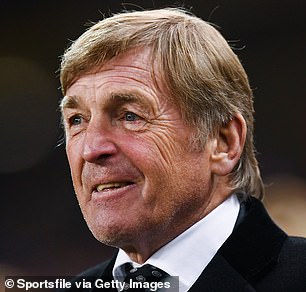 Going down Memory Lane with Sir Kenny Dalglish is like entering into a game of poker with someone who you know already holds the aces.

No matter how much preparation you have done, no matter how many facts and figures you have written out in front of you, Dalglish always has a glint in his eye, safe in the knowledge he is holding the winning hand. Whatever information he is prepared to divulge will be hard-earned.

So here we go. A clash between Scotland and England is ripe for stories from years gone by and who better to discuss it with than Dalglish, who played in 10 of these encounters during their pomp in the 1970s when they were annual affairs that brought both nations to a standstill.

His first experience was at Hampden Park on Valentine’s night 1973.

This isn’t promising. Immediately, though, he starts to smile. He’s warming up.

What about May 18, 1974? Dalglish was in his pomp for Celtic and that afternoon at Hampden proved to be his first win against England. It was a remarkable contest, settled by two own goals. Surely there must be stories here? 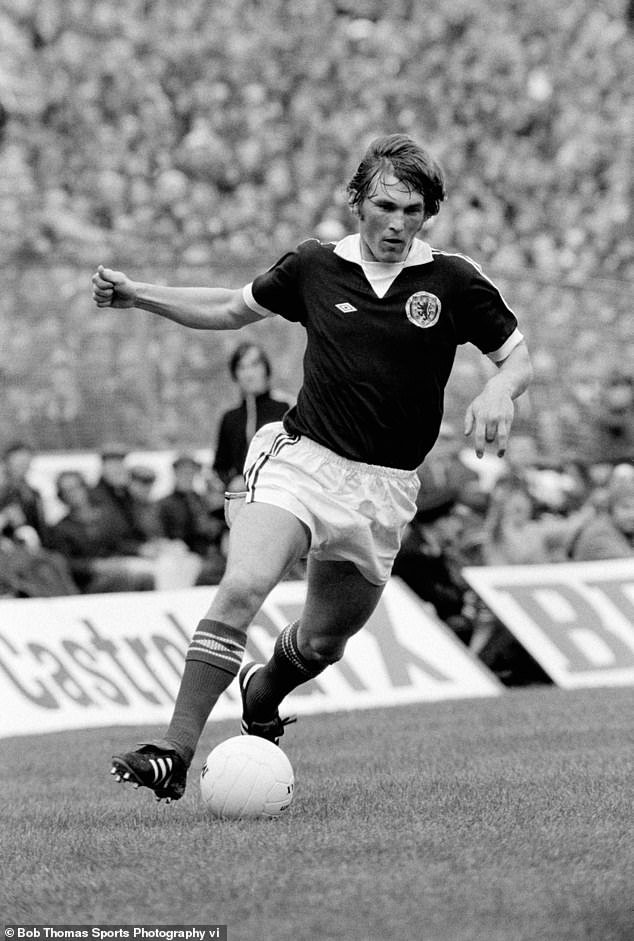 ‘Oh! There you are!’ he’s chuckling now, fully in the mood and all the cards are on the table. ‘Jesus Christ! I thought you’d done your research! Ach, I remember it well… I crossed the ball for the second one — it went in off Colin Todd.

‘The first one went in off Mike Pejic, from Joe Jordan’s shot. Afterwards, we went back to Marina’s house for the party. John Blackley, a left back from Hibernian, played in the game. He came up to the party with us. I remember because my Dad went up to him and said, “Right, if I’d have had a red carpet, I’d have put it out for you the moment you came through the door. You were fantastic today, son”.’

And what did he say to his own son?

‘That I was nae very good!’ the chuckles have turned into roaring laughter now. ‘I think he felt I should have got the red card never mind the red carpet! Look, it’s always been a huge game. They all have their importance. But they become historical when you win.’

This is true. Football’s landscape has changed since the days of the Home Championship and those annual skirmishes but, even still, England-Scotland is a dramatic fixture that will always have the power to make heroes. Dalglish should know: he scored one of its most famous goals. 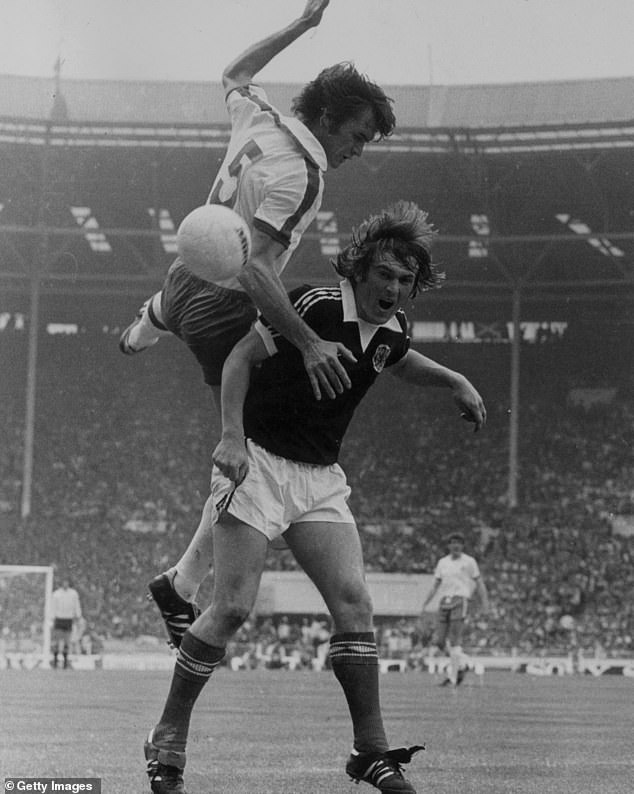 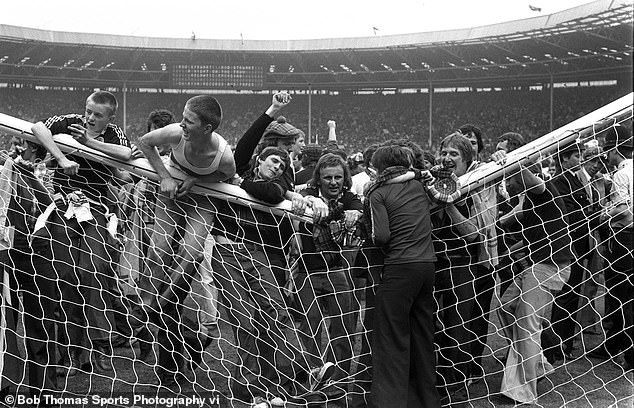 Such was the abandon of the celebrations, the goalposts came tumbling down (pictured)

The very one. Dalglish’s shot nutmegged Ray Clemence and squirmed through his grasp to secure a 2-1 win.

‘Aye,’ says Dalglish, before pausing. If circumstances had been different, there might have been laughs at this juncture but mention of his former Liverpool team-mate’s name is a reminder of a much-missed absent friend, who passed away last November.

We move on by another 12 months. May 1977 and Dalglish, now 70 and speaking in his capacity as a McDonald’s Fun Football Ambassador, scored the decisive goal in a 2-1 triumph at Wembley. Such were the celebrations, the goalposts came tumbling down.

‘The pitch was getting relaid that summer, you know?’ he says. ‘Well, if it wasn’t, it certainly needed relaying after it! Half of it ended up back in Scotland. 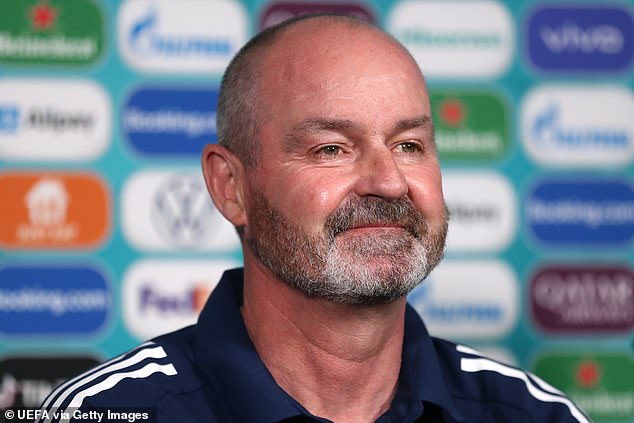 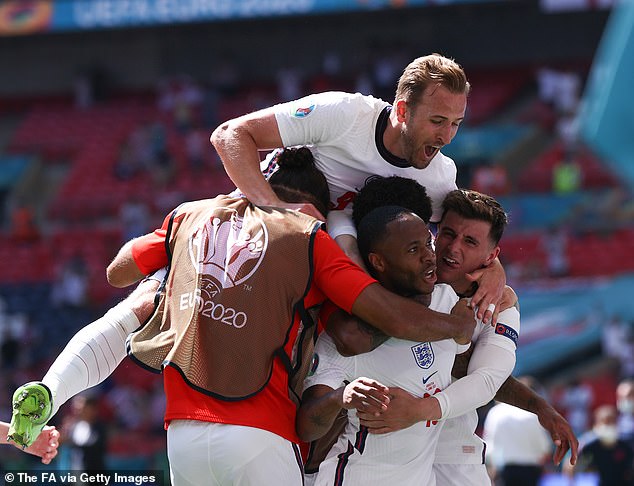 England face Scotland at Euro 2020 on Friday night. If England win they will progress through

‘The fans used to have something called ‘Wembley clubs’. ‘You’d play at Wembley and, two years later, you would be back again. So the Wembley club would start the week after and you’d save up, a wee bit every week, for the next two years.

‘It was a few quid away so they had enough for the game, the transport, the ticket and everything. There was always 40,000 travelling down. If the team had been as good as the Tartan Army, we’d have been very successful.

‘It’s unfortunate that there won’t be a full-house at Wembley. The Tartan Army have always loved going to Wembley. This is a fantastic game for everybody.’

He’s right. Dalglish, who played 102 times for Scotland and scored 30 goals, will be watching from his home by the west Lancashire coast. He’s resisted sending any good wishes to Andy Robertson, Liverpool’s left back, who will lead the team. The intention is to be one of the first to get in contact after a Scotland win.

Can they do it? There have only been four Scottish victories in London in the last 55 years — 1967, 1977, 1981 and 1999 — but nothing is impossible and Dalglish believes Steve Clarke, his former assistant at Liverpool, has laid foundations for future successes. 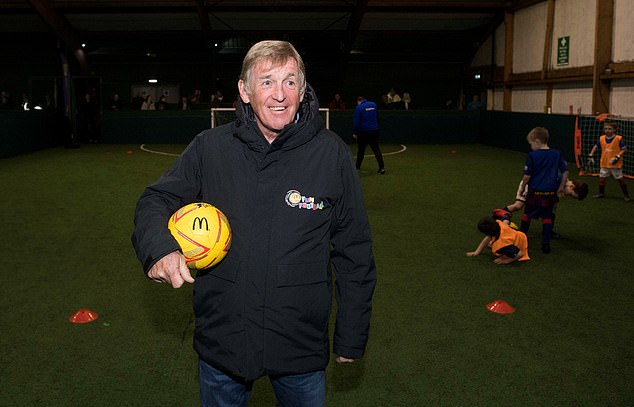 Dalglish, now 70 and speaking in his capacity as a McDonald’s Fun Football Ambassador (pictured), says he will be watching from his home by the west Lancashire coast

‘Stevie has done a fantastic job,’ says Dalglish. ‘To watch him working was educational. It was how he saw the game. In two years at Kilmarnock, he won three out of four managerial awards. Look where they are now? They’ve just been relegated.

‘The Scottish squad is stronger now and because of the evolution of some players and their development, he’s got more to choose from. We are in a better position than we were before. We’ve got to make sure that we haven’t put all the eggs in one basket.’

Losing to the Czech Republic was not the way any proud Scot expected to mark a first tournament game in 23 years and the odds will be against them at Wembley. Dalglish understands this but before leaving, he made one final point.

The same, emphatically, could be said about Dalglish.