This year, Milan Fashion Week is witnessing the appearance of new faces for the first time on the catwalk after a number of stars in different fields joined the fashion world, including international star Dua Lipa, who turned into a model, as she appeared for the first time on the catwalk during Milan Fashion Week, last weekend, and she made two appearances on the Versace show at the opening in a black outfit, and in the ring with a shiny pink design that made her a shining star on the catwalk. 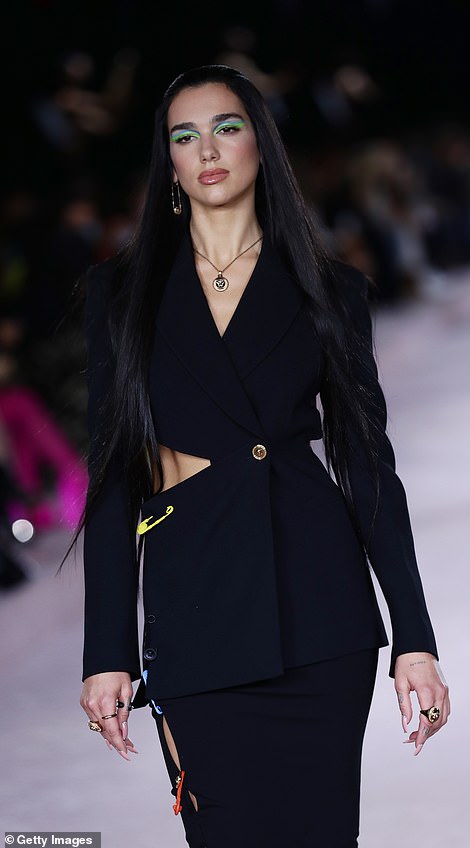 The singer, 26, was joined by supermodels Gigi Hadid and Irina Shayk, both seasoned models who have appeared on multiple catwalks this season alongside Emily Ratajkowski, Stella Maxwell, Naomi Campbell, and of course there was a striking Gigi Hadid appearance, as She caught the eye as soon as she appeared on the catwalk in a shiny black dress with a cyan cut, which Gigi coordinated with her eyelids.

Dua Lipa at the Versace show

But Dua Lipa is not the first singer to appear on the Versace show, as international star Jennifer Lopez previously participated in more than one show, and the most uproar was the participation of “J Lo” in the 2019 shows, at Milan Fashion Week, too, after wearing her dress. The famous green “Versace” brand, for the second time after wearing it at the Grammy Awards in 2000.

The 50-year-old, at the time, wore her green dress 19 years after her first appearance, and soon caught the eye, after she appeared much better in the dress despite the passage of these years, and this made it the most important appearance of Jennifer Lopez on a fashion show.

At the time, in a statement to “Eric Schmidt”, the former CEO of googleHe confirmed that there were many searches for pictures of the dress of the international singer and actress, and Lopez had nearly 10 million views of the video, which she posted on her personal account on the famous Instagram photo site, after nearly 10 hours. 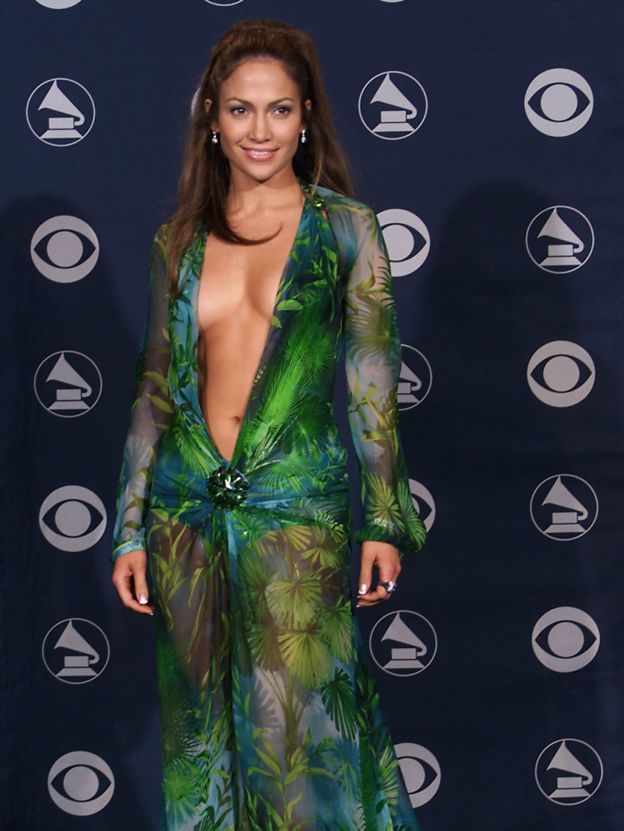 As for the international star Miley Cyrus, she participated as a model in the Marc Jacobs Fall Winter 2020 runway at New York Fashion Week, and before her participation, rumors spread that Cyrus would attend a Jacobs show. Marc Jacobs After arriving late to New York Fashion Week, few expected her to actually walk the catwalk, eventually joining supermodels like Kaia Gerber, Gigi and Bella Hadid, and looked like a singer.”Wrecking BallShe’s stunning in a black top, pants, and long black leather gloves, and it wasn’t the last time Miley posed as a model.

Miley Cyrus on the catwalk

The international star, Rihanna, also participated on a catwalk Dquared2 For spring-summer 2008 at Milan Fashion Week, Rihanna may be a fashion icon today, but Rihanna first appeared on the catwalk as a model for Dsquared2 In 2007, when she was only 19 years old, the singer made a new entry on the stage, getting into a car pulled by a young man in a tuxedo, and then playing her hit song “Shut Up and Drive‘ When she got out of the car, before she walked her way to the podium.

Rihanna on the catwalk

And it seems that it is not only the singers who are closest to the catwalk, as German athlete Alyssa Schmidt, who has the title of “the most beautiful athlete in the world”, entered the world of fashion this year, too, after signing a contract to become one of the models of the fashion house “Hugo Boss”.

The German participated in Milan Fashion Week, as a model for the brand that she signed, and about this experience, Schmidt said, “I have absolutely no experience in modeling, so I am very excited to know how I will deal with it, and thanks to the training I received, I have the required capabilities. ‘, according to the Times.

22-year-old Alyssa Schmidt, who was known for her beauty, achieved nothing in the Tokyo Olympics, after being excluded from the women’s 4 x 400-meter relay, but her fame increased after her account on “Instagram” followed more than 2 million followers, because of her beauty and attractiveness, The German is participating in Milan Fashion Week, which is currently taking place as a model for the brand that she signed for, and about this experience, Schmidt said, “I have absolutely no experience in modeling, so I am very excited to know how I will deal with it and thanks to the training I received, I have the required capabilities. ‘, according to the Times.

Alyssa Schmidt is the most beautiful athlete

A striker "steals" the ball from the goalkeeper to end with a goal in the English second division.. Video