After the Syria attack, the Iraqi factions threaten Washington and criticize the government 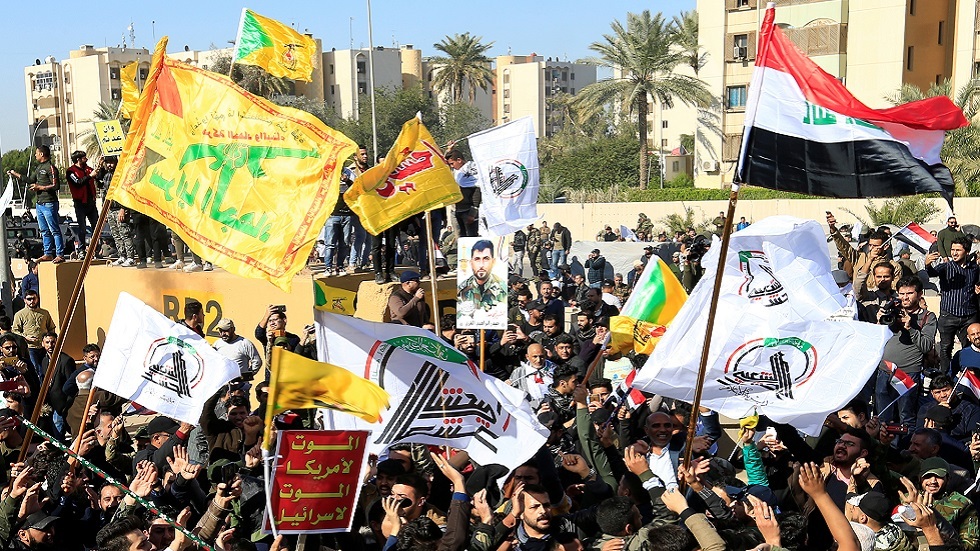 The Iraqi armed factions condemned the recent US air attack against their sites on the Syrian border, threatening Washington with a “harsh response”, and criticized some of the positions issued by the Iraqi government.

The Secretary-General of the “Asaib Ahl al-Haq” movement, Qais Khazali, on Twitter condemned the American attack, which he described as a “despicable act,” stressing that “the exit of the American forces from Iraq is the only way to achieve stability,” and that “the popular will, political decision and the strength of resistance.” Guaranteed to achieve this. “

In turn, “Harakat al-Nujaba” said that the American operation “will never pass without punishment and a harsh response by the resistance fits its size.”

The Secretary-General of the “Sayyid al-Shuhada Brigades”, Abu Al-Wala’i, wrote on Twitter: “The American aggression against the sites of our resistance factions did not surprise us, as this is expected as we are fighting a war to liberate our land from an occupation about which those who are blinded by patriotism say that it does not exist,” denouncing the statements of the Minister Iraqi Foreign Ministry Fuad Hussein, who denied the existence of “resistance” in the country.

In a statement, the Iraqi “Hezbollah Brigades” warned of a conspiracy that some internal parties supported by Saudi Arabia and the Zionist entity seek to implement “to push Washington” towards launching an aggression against the sites of the Popular Mobilization Forces defending its homeland, adding that if it is proven that an Iraqi security apparatus cooperates in providing Intelligence to the Americans, “it is a dangerous admission of the treacherous role, and this role should be prosecuted for those who committed high treason.”

As for the head of the Al-Fateh Alliance, Hadi Al-Amiri, the Prime Minister called on the Commander-in-Chief of the Armed Forces to investigate the American strike on the Iraqi-Syrian borders, and the American narrative that claims that there is cooperation between the Iraqi government and the US Department of Defense to achieve this strike.

Al-Amiri added, “The information available to us indicates that this is a targeting of the Popular Mobilization Forces stationed on the Iraqi-Syrian border, and not as the US Defense Department claims that it is targeting the Iraqi Islamic Resistance factions in the Syrian territories.”

On Friday evening, the Iraqi Ministry of Defense announced that Iraq had not provided intelligence information to the international coalition before the US air strikes on Syria, and expressed its surprise at the statements of US Defense Secretary Lloyd Austin regarding an exchange of intelligence information with Iraq that had previously targeted sites inside Syria.

For its part, the Pentagon later modified its position and confirmed that it did not use Iraqi information when identifying targets for its recent air strikes in eastern Syria.

Belarusian government plans to mine cryptocurrencies