An airline crew member broke isolation rules and went out partying in Sydney weeks ago – and the people of New South Wales weren’t told about it until Friday.

The state government is now scrambling to change the arrangements for international crew members.

Air crew will be forced into two designated quarantine hotels from next Tuesday – rather than spread across ’25 to 26′ locations as they currently are.

Just where the rogue crew member traveled to wasn’t revealed and ‘fortunately that doesn’t seem to have amounted to anything’, the Premier said.

The disclosure came as authorities announced the northern beaches cluster has separately exploded to 28 cases in total.

The state government is now scrambling to change the arrangements for international crew members (pictured). It is not suggested the above air crew breached quarantine

Sydney’s northern beaches cluster exploded out of drinks at a pair of local pubs as contact tracers work to track down the international strain’s ‘patient zero.’

A legion of NSW contact tracers are working frantically to see if they can tie the escaped virus to a hotel quarantine breach or to arriving international flight crew.

NSW Chief Health Officer Dr Kerry Chant said the cluster of cases are all linked so far to an event at the Avalon RSL on Friday, December 11, and a drinking session at the local bowling club on Sunday, December 13.

Of the cluster, eight cases attended the RSL last Friday, sixteen cases went to the bowling club on Sunday, two cases attended both pubs and two further cases had links to either events.

Genomic testing has confirmed the Covid strain is of American origin and likely entered the country from the United States. 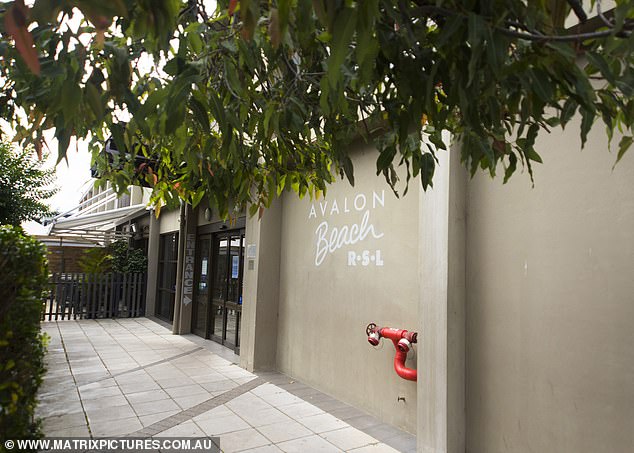 Ground zero: A party at Avalon RSL on Friday, December 11 has been linked to the virus outbreak on the northern beaches

The virus strain is ‘very close’ to that found in a female overseas traveller who checked into hotel quarantine in early December.

But the sick woman remains in quarantine and authorities are yet to directly establish how, if it all, she is linked to the cluster.

The outbreak has not been linked to a bus driver at Sydney Airport who tested positive earlier this week.

The Avalon pub events both occurred after the NSW government eased restrictions – reopening dance floors to 50 people and doubling the number of patrons in venues.

A member of the band Nothing Too Serious tested positive after performing at the Avalon RSL on December 11.

He then attended two gigs elsewhere in the city, raising fears the virus has been ‘seeded’ across the greater metropolitan area.

The man was on stage at Penrith RSL in the Sydney’s far west between 1pm and 6pm on December 13 and at the Kirribilli Club in the city’s north on December 14.

Authorities fear the divorced couple could have spread the virus throughout the beaches, amid claims they failed to self-isolate after being tested.

While infectious, the female attended the local change rooms at Palm Beach. One or both went to cafes, a Woolworths supermarket and a local pie shop.

One had travelled to the ‘Bowlo’ on Sunday. An aged care worker was reportedly on the dance floor that afternoon and has since tested positive.

A third Bowlo patron has since told the Sydney Morning Herald that he ‘even licked the floor’ in his excitement to return to the pub. He regrets the act.

Authorities have since issued alerts for scores of other locations across the ‘insular peninsula’ of the northern beaches.

They include a Dee Why fruit shop, supermarkets, bottle shops, a Thai massage parlour and restaurants – and a hardware store in Artarmon, in the city’s north, also.

Further, authorities have confirmed a possibly infectious case commuted from Roseville in the city’s north to Eveleigh in the inner city.

Meanwhile a number of holes have been exposed in the systems meant to protect Australia’s biggest state from the virus in the past fortnight. 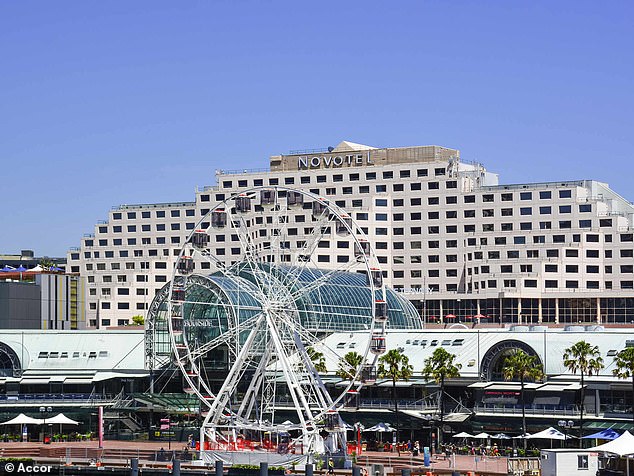 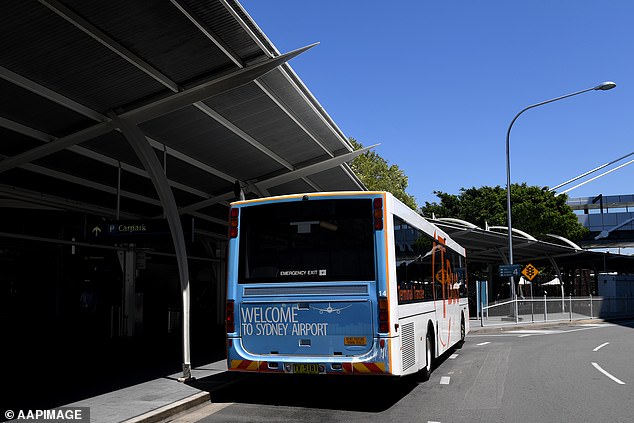 Likewise, a bus driver who ferries international air crew to their hotels tested positive earlier in the week

A van driver who takes international and domestic air crew from the airport to their hotels tested positive earlier this week. But the driver lives in south-west Sydney – far from the northern beaches – and his close contacts are in isolation. NSW Chief Health Officer Kerry Chant said there are no further cases associated with the van driver.

On December 2, a cleaner at a quarantine hotel complex in Darling Harbour tested positive. She had worked across both the Ibis Hotel and the Novotel. The Novotel is a quarantine hotel. The cleaner had also regularly traveled on public transport from Minto – a 50km commute.

It’s clear the systems aren’t foolproof. Premier Berejiklian said the state still does not know how the virus broke out.

Professor Mary-Louise McLaws, an infectious diseases expert at the University of New South Wales, said the weak links in the system need to be addressed.

Professor McLaws said while the hotel system was an effective initial response to the crisis, it was no longer appropriate due to factors such as a lack of air flow and being in a built-up environment. She said they should be moved out of the city to isolated sites.