You know one team is taking a hammering in a game when goalkeepers start volunteering to take penalties.

You could also forgive Andre Onana for wanting to be one of those goalkeepers to get that very rare chance  in their career of getting on the scoresheet during his Ajax’s side incredible 13-0 demolition of VVV-Venlo on Saturday.

With the Dutch giants already nine goals up (and a man up following Christian Kum’s second half red card) against their demoralised opponents with 15 minutes to play, there were reports that Onana volunteered to take a spot-kick that had been awarded. 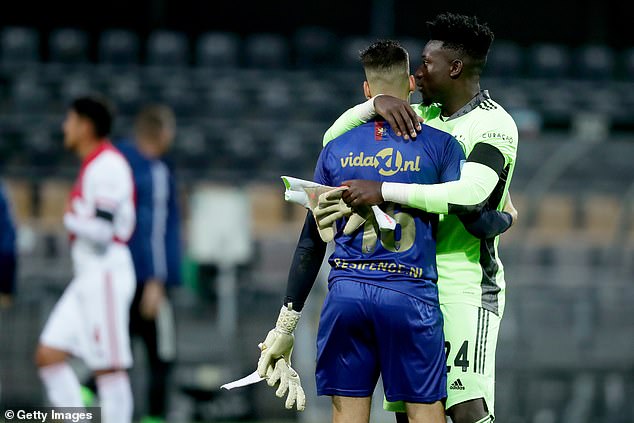 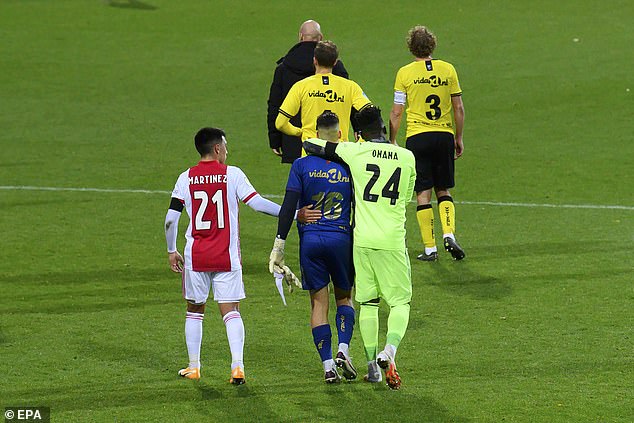 As it was, veteran striker Klaas Jan Huntelaar dispatched from 12 yards past a hapless Delano van Crooij, who after conceding another three goals was consoled by his opposite number after the game.

Yet the Venlo goalkeeper has now come out and questioned Onana’s gesture for not being genuine, after suggesting that his reported wishes to take the penalty would have been humiliating.

‘When you hear that he actually wanted to take a penalty against me, you think: was his action genuine?, he told Dutch outlet NOS. 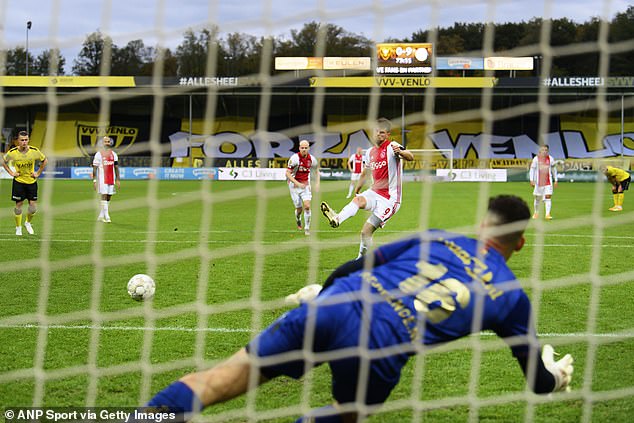 However, Van Crooij has questioned Onana’s gesture after reports suggested he wanted to take the penalty that Klaas Jan Huntelaar scored (above) to make it 10-0 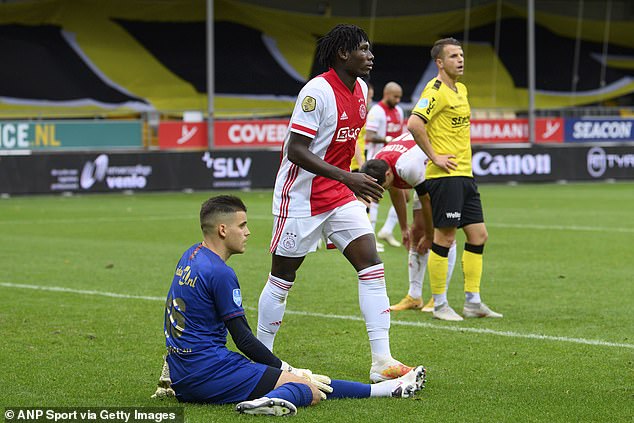 ‘You don’t take a penalty against another keeper if you respect him. It would have been humiliating,’

Ajax ripped apart their opponents to score nine second half goals to record the biggest victory in Dutch league history with Lassina Traore grabbing four goals in total during the rout.

Ajax broke their own record with the score-line, surpassing their 12-1 trouncing of Vitesse 48 years ago in 1972.

Van Crooij admitted the result was a huge shock he has yet to overcome and has left his confidence in pieces.

‘It cannot be described,’ he added. ‘You don’t really feel anything, that’s the bad thing, I think. You are mentally broken, you want to leave. Everyone means well, but you are not ready for pity.’ 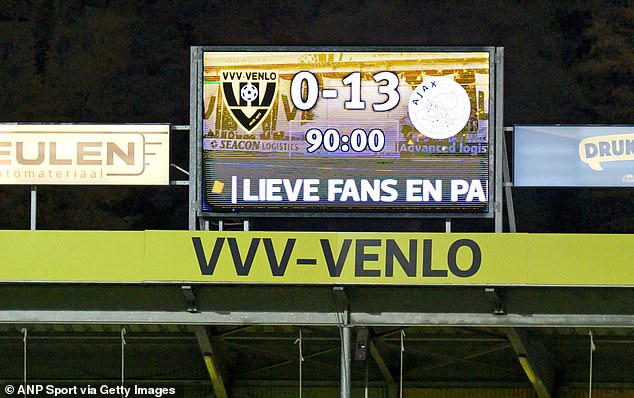 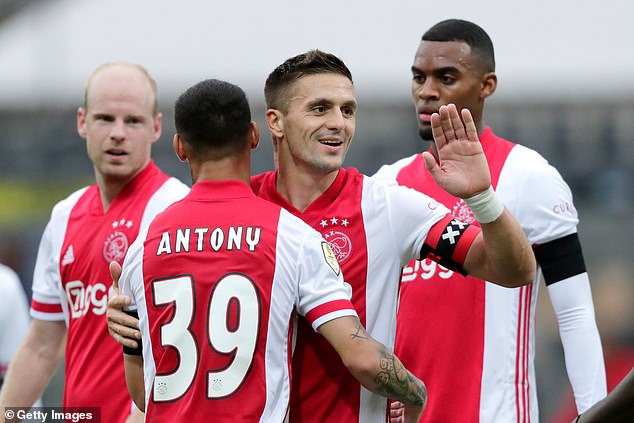 Former Premier League stars Dusan Tadic and Daley Blind grabbed a goal each among seven different Ajax scorers, while Huntelaar also added another in addition to his penalty during the rout.

Antony and Lisandro Martinez also got on the score-sheet, as Ajax produced an emphatic response to their 1-0 Champions League defeat by Liverpool in midweek.

After six games, Erik ten Hag’s side now boast a staggering goal difference of 21 after the thumping, having also scored five in their last victory against Heerenveen.

Venlo, who reside 14th in the table and went into the fixture on a neutral goal difference will soon have a chance to move on from the result when they play at home again in the Dutch Cup against second tier side FC Den Bosch.

From Cantona to Bamford - a history of Premier League hat-tricks