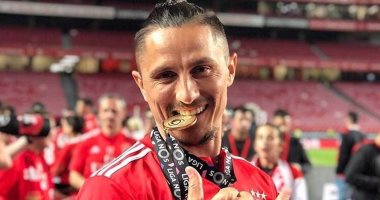 Press reports revealed the desire of the management of the Saudi Al-Ahly Club to hold a negotiation session with the Serbian midfielder, Ljubomir Vejsa, in order to reach a formula for officially ending the contract.

And the Saudi newspaper, Al-Riyadia, said that the Al-Ahly club management asked Vegessa to reduce the dues resulting from the termination of his contract in exchange for direct delivery of the amount without scheduling.

The newspaper pointed out that the Serbian player is entitled to receive about one million and 800 thousand euros, representing all his dues in the current season.

And the General Assembly of Al-Ahly Club held an emergency meeting in the past hours after the level of players in the Saudi League declined and a large financial deficit appeared in the club’s treasury, before the club’s official account announced the payment of many accumulated debts and obtained financial efficiency

Al-Fayhaa and Al-Hilal, the defending champion, top the league table with 7 points each, after 3 rounds, while Al-Ittihad Jeddah, Al-Nasr and Al-Raed have 6 points each.

Al-Ettifaq will play Al-Raed and Al-Batin with Al-Fateh next Sunday, while Al-Taawoun will host its rival Al-Ahly Jeddah, who tied in 3 matches, and occupies 12th place with only three points.