The Belgian coach decided to exclude Al-Ahly player Percy Tau from the final list selected to face Ethiopia in the 2022 World Cup qualifiers scheduled for next October 9, and Percy Tau is considered among the prominent absentees. 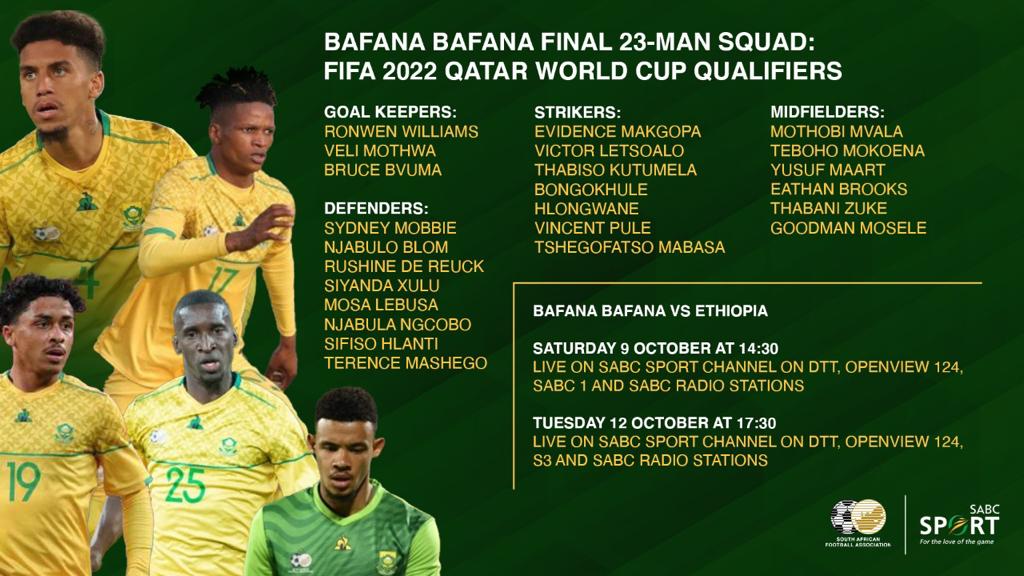 South Africa will play two World Cup qualifiers, the first against Ethiopia on October 9, and the second against the same opponent on October 12.

The Bafana Bafana squad list for next month’s qualifiers is as follows:

Percy Tau was injured in the connective muscle in the last South African camp, and he underwent a rehabilitation program in Al-Ahly that lasts for a month before the player recovers and then organizes group training for his team.

Percy Tau topped the preliminary list of the South African team announced by Hugo Bruce a few days ago in preparation for the matches against Ethiopia on October 6 and 10 in the African qualifiers for the 2022 World Cup in Qatar.

Al-Ahly officials refuse to allow Percy Tau to join the next South African camp, in light of the player’s continued complaint of an injury to the adductor muscle and the need for more than two weeks to finish his qualifying program and organize his team’s team training in preparation for participating in the matches.

Percy Tau is currently performing remedial training under the supervision of the medical staff, after he was excluded from the closed Al-Ahly camp, which is currently located in Alexandria, until the end of the Enppi match in the 16th round of the Egypt Cup, scheduled for tomorrow, Saturday.

Al-Ahly contracted with Percy Tau during the current summer transfer period from Brighton, England, for four seasons, for one million and 800 thousand dollars..