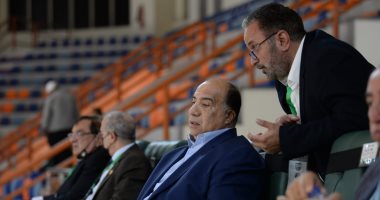 The Arab Basketball Federation, headed by Ismail Gergawi, announced the holding of a huge party for the delegations participating in the Arab Club Championship, which will be hosted by Al-Ittihad Club of Alexandria from September 29 to October 9 in the club’s hall and the covered hall in Burj Al Arab Stadium.

Al-Ahly and Al-Ittihad clubs from Egypt, Sharjah and Al-Bataeh from the Emirates, Kuwait and Yarmouk from Kuwait, Al-Mina and Shaab Hadramawt from Yemen, Al-Gharafa and Al-Wakrah from Qatar, Al-Zahra Al-Riyadi from Tunisia, Al-Zahra Al-Riyadi from Tunisia, Bahraini Manama, Beirut Lebanon, and Al-Fateh Saudi will participate in the tournament. Union of Moroccan Conquest, Wedad Boufarik and the family of Sari, the city of Blida from Algeria.

The Arab Federation indicated that the Egyptian Minister of Youth and Sports will be invited to attend the celebration that will be held in the city of Alexandria.

Today, Friday, the Al-Ittihad club of Alexandria’s basketball team will meet with the Arab conquest in the second round of the Arab championship competitions, and Al-Ahly club will face its counterpart Wedad Boufarik on Sunday at seven in the evening, while the Hadhramaut team will face its Saudi counterpart Al-Fateh at one o’clock.