The French coach, Herve Renard, the coach of the first Saudi national team, announced the list of the green team to face Japan and China, in the qualifiers for the 2022 World Cup, which witnessed the absence of Muhammad Al-Buraik, Salem Al-Dosari, Abdullah Al-Hamdan. 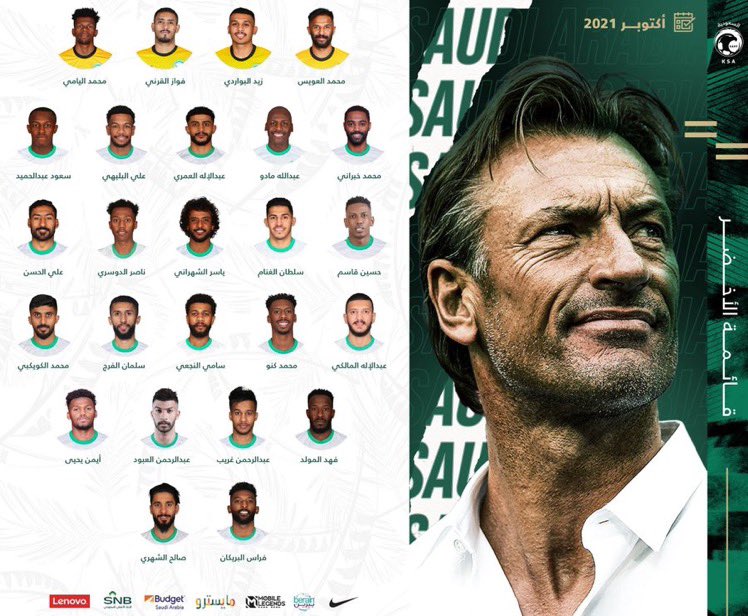 The Saudi team will meet its Japanese counterpart on October 7 in Jeddah, and then meet the Chinese team on the 12th of the same month.

The Saudi national team occupies the top spot in Group B, equally with Australia, with a full score for each of them, with 6 points.