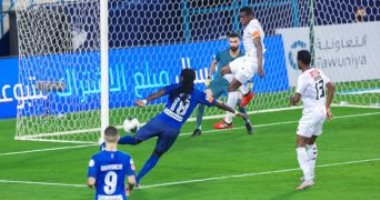 King Fahd International Stadium hosts the first Riyadh derby between Al Shabab and Al Hilal, which will be held between them at half past seven In the evening, Egypt time, within the framework of the sixth round of the Saudi League competitions 2021-22.

Al-Shabab occupies 11th place in the Saudi League standings with 5 points, as the youth’s start to the new season did not meet the aspirations of their fans, as they won only one match over Al-Hazm, after the fifth round, while they tied with Al-Ettifaq and Damk and lost from Abha and Al-Fateh, to collect only 5 points..

While Al Hilal occupies the second place in the standings with 10 points, behind the leaders Al Ittihad with 12 points, as the leader has not lost so far in the new season of the Prince Mohammed bin Salman Cup League after playing 4 matches, winning 3 of them over Al-Ta’i, Al-Ta’i, Al-Tawa’an and Al-Ettifaq, and tied with Al-Batin, to become His score is 10 points.

The confrontation is considered one of the always awaited matches, and it is one of the classic peaks and strong derbies not only in the Prince Mohammed bin Salman Cup League, but throughout the Arab world..

The leader seeks to snatch the victory from his opponent in his stadium to lead the Saudi League standings by a point from the Jeddah Federation, while the young owners of the land are trying to exploit the ground workers and the public to snatch the victory and improve its position towards the golden square in the local competition and stop the disappointing results.

And collected 31 matches between Al Hilal and Al Shabab in the Saudi League, Al Hilal won 16, Al Shabab won only 5, while 10 matches ended in a draw.

And only one match brought together Al Hilal and Al Shabab in the King’s Cup, which was in the 2014 season, and Al-Laith won with a clean goal.

In total, it has collected 34 matches between Al-Hilal and Al-Shabab since the beginning of the era of professionalism in the Kingdom in all tournaments, Al-Hilal won in 18 and Al-Shabab won in only 6, and 10 matches ended in a draw.

While 3 other matches will be held in the framework of the sixth round of the Saudi League, where Al-Nasr will host its Al-Batin counterpart at Marsool Park Stadium at 17:25 Egypt time.

Al-Nasr is in eighth place in the Saudi League standings with 6 points, while Al-Batin is in 13th place with 5 points.

Al-Ahly team will also be a heavy guest against its counterpart Al-Fayha at 17:30 Cairo time at Al-Majmaa Sports City Stadium.

Al-Ahly occupies the tenth place in the table of the Saudi League standings with 5 points, while Al-Fayhaa comes in the sixth place with 7 points.

Al-Taei, the newly promoted to the Saudi League, is in the last place in the table with one point, while Al-Ettifaq occupies the ninth place with 6 points.