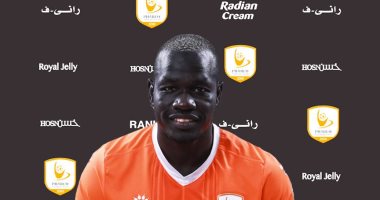 The Sudanese Al-Merekh club filed a complaint with the International Football Association “FIFA”, against its former player, Seif Terry, player of the newly promoted Farco club in the Egyptian Premier League.

The Sudanese Al-Marikh Club issued an official statement in its statement that Adam Sudakal, the club’s president, had guaranteed the payment of the financial fees related to the complaint today, Friday.

The Sudanese Al-Marreikh Club is awaiting consideration of its complaint with the Dispute Resolution Chamber of the International Football Association (FIFA) during the coming period. And the Mars Club gains from any waste or manipulation.

Al-Marikh indicated that the player breached his signed contract with the club, and accused Farco of signing with a player on behalf of another club.

Seif Terry, the 27-year-old is the main striker for the Sudan national team, which has been providing an impressive level recently. He joined Al-Marikh in 2019 from the Hilal Abyad team, and Seif Terry has 20 international matches with the Sudan team, in which he scored 8 international goals.

“No one is able to” a dog chasing the ball in a match in the Bosnian League .. Video and photos